Farmers' Protest: Union leaders say they rejected the government offer as it did not match their demand or objective of the two-month-long silent protests. 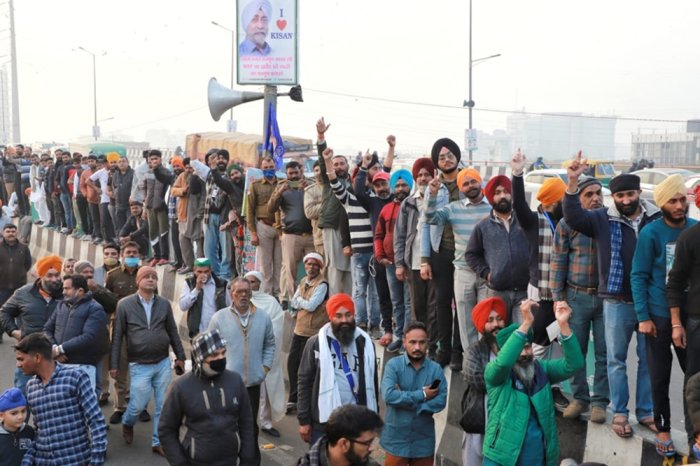 After rejecting the central government’s proposal to stave off implementation of the three laws for 18 months, farmers’ plan to stage rallies in Delhi and NCR and also in other state capitals on Republic Day, is moving ahead. All going well, the national capital may witness 15– 20 km long parade by hundreds of protesting farmers mostly from Punjab, Haryana, Rajasthan, western Uttar Pradesh, Madhya Pradesh with representatives from most states.

Farmer leaders say they rejected the government offer as it did not match their demand or objective of the two-month-long silent protests at various borders surrounding Delhi and in other parts of the country. The reasons cited by them is:

1. The protest, which took nearly seven months in the planning, has been staged with the objective to get the three new farm laws repealed. The government offer after a series of meetings has “at best been a partial offer”, leaving in its wake uncertainty of what will happen after 18 months.

2. The demand for a remunerative MSP for all crops which should be made mandatory for not just government procurement but also for all buyers has also not been addressed in the nine meetings held so far nor has it been mentioned in the government proposal.

3. Over 90 per cent of the farmers who attended the parleys, before deciding to continue with the protest, felt that agreeing to the government offer and withdrawal of protest at this juncture would nullify the support they have garnered so far across the country.

4. Farmers also admit it would be difficult to organize such a large gathering in the future and would erode the fighting spirit of the participants who have braved many hardships including cold and rain to raise the common demand for better remuneration and facilities for the agriculture sector as a whole.

5. Youth leaders, in particular, are keen to continue with the protest as they see no future in farming unless they can look forward to remunerative prices. Given the dearth of job opportunities, many educated youngsters are hoping to continue with farming and allied sectors and be self-employed.