10 million additional child marriages may occur before the end of the decade, threatening years of progress in reducing the practice, said the UNICEF as it released its new survey 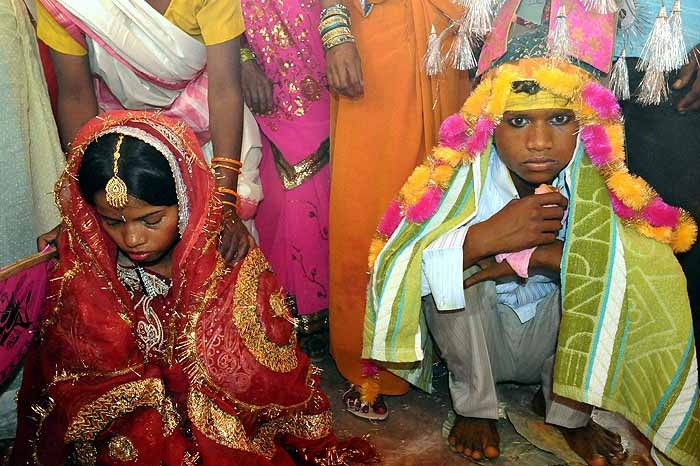 According to a new analysis,  five countries, including India, make up for about half of the total child brides in the world, said the UNICEF on the occasion of International Women's Day.

10 million additional child marriages may occur before the end of the decade, threatening years of progress in reducing the practice, cited the 'COVID-19: A threat to progress against child marriage' analysis released by the UNICEF.

Worldwide, an estimated 650 million girls and women alive today were married in childhood, with about half of those occurring in Bangladesh, Brazil, Ethiopia, India and Nigeria, according to the analysis.

To off-set the impacts of COVID-19 and end the practice by 2030 – the target set out in the Sustainable Development Goals – progress must be significantly accelerated, it said.

“One year into the pandemic, immediate action is needed to mitigate the toll on girls and their families. By reopening schools, implementing effective laws and policies, ensuring access to health and social services – including sexual and reproductive health services – and providing comprehensive social protection measures for families, we can significantly reduce a girl's risk of having her childhood stolen through child marriage,” said UNICEF Executive Director Henrietta Fore.

With 25 million child marriages averted in the last decade, UNICEF warned on International Women's Day that these gains are now under serious threat.

Quoting its previous report, UNICEF said one in three of the world's child brides lives in India.

The UN body said the persistence of child marriage remains a potential challenge to India achieving Sustainable Development Goal 5 by 2030 even as its progress has been one of the strongest among countries in South Asia during the last decade.

The analysis said findings from NFHS surveys between 1992-93 and 2015-16 show the percentage of young women who married in childhood has halved (from 54 to 27 per cent), and the pace of decline has increased in the last decade.

Noting that a girl's risk of getting married before the age of 18 has a direct correlation with their background characteristics, the analysis said, girls in rural areas or from poorer households are at greater risk, and a higher proportion of child brides are found among those with little or no education.

“To end child marriage in India, we need to continue to focus on the poorest and most vulnerable girls and their families. It is critical that child marriage elimination efforts are integrated into the COVID-19 response and recovery plans, and a prevention approach is strengthened that also addresses the negative impact on health, education, and child protection," said Yasmin Ali Haque, UNICEF India Representative.

"The drive to end child marriage needs to consider the entire lifecycle of a child, especially by addressing persisting negative social norms and ensuring that girls stay in school and learn, and have access to life skills and career opportunities to succeed and thrive,” Haque said.