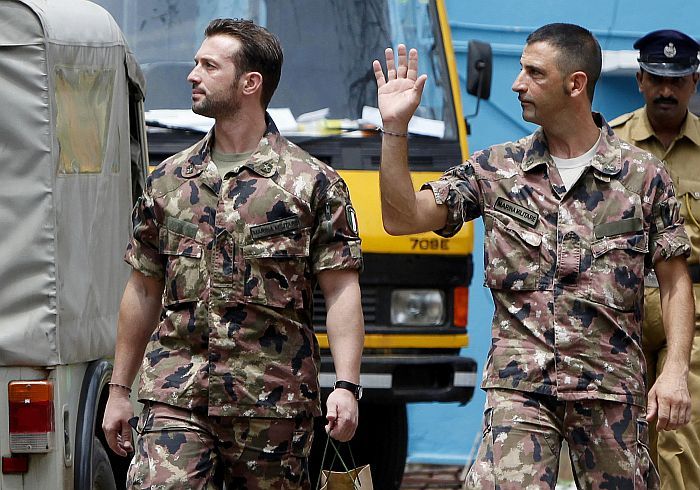 The Supreme Court on Friday said the Republic of Italy will prosecute two Italian Marines accused in the fishermen killing case as per international arbitral award.

The top court said it would pass orders on June 15 on disbursal of Rs 10 crore compensation to family members of two Indian fishermen allegedly killed by Italian Marines off the Kerala coast in February 2012.

A vacation bench of justices Indira Banerjee and M R Shah said that it may ask the Kerala High Court to ensure proper disbursal of compensation to the heirs of the victims.

The top court would also pass an order on quashing the pending criminal case against the Italian Marines in India for killing the fishermen on Tuesday.

It said that the Republic of Italy will prosecute the accused Italian Marines as per the International arbitral award.

Earlier, the Centre had told the court that Italy had initiated the transfer of Rs 10 crore compensation to be given to the kin of the fishermen.

In February 2012, India had accused the two marines on board the MV Enrica Lexie -- an Italian flagged oil tanker -- of killing two Indian fishermen who were on a fishing vessel in India's Exclusive Economic Zone (EEZ).