The accused men are residents of Barabanki in Uttar Pradesh and has attended the religious congregation held last month at Nizamuddin. 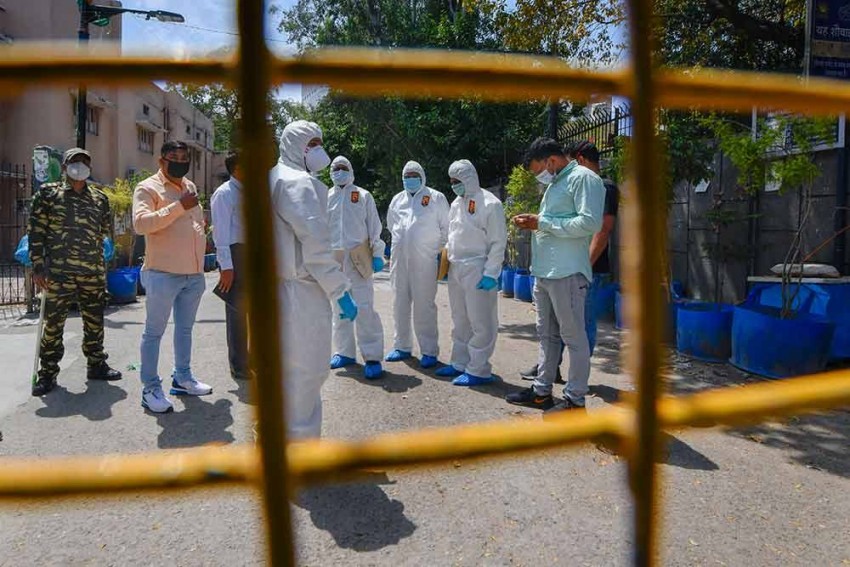 A case has been registered against two members of Tablighi Jamaat for allegedly defecating in front of a room at a quarantine centre in Narela in Delhi, police said on Tuesday.

The accused men are residents of Barabanki in Uttar Pradesh and has attended the religious congregation held last month at Nizamuddin, they said.

The case was registered on Saturday, after police received information from the sanitation staff at the quarantine centre about the men defecating in front of their rooms, a senior police official said.

The incident took place in front of Room no. 212 on the second floor of the centre.

“A sanitation worker and the House Keeping Supervisor reported the incident. The persons residing in the room are the suspects for the act, they did not follow the instructions of the health department and government to prevent the spread of the virus. The men put the life of others at risk by jeopardising the entire containment measure,” the FIR stated.

So far, more than 400 COVID-19 cases and about 15 deaths in the country have been found to be linked to the religious congregation held at the Nizamuddin headquarters of the Tablighi Jamaat last month.

At least 9,000 people participated in the religious congregation in Nizamuddin last month, after which many of the attendees travelled to various parts of the country.