As time passes, news of families being left out is trickling in. A long legal battle stares in their faces. This is the time to stand by them and help them instead of indulging in divisive politics and scoring political brownies. 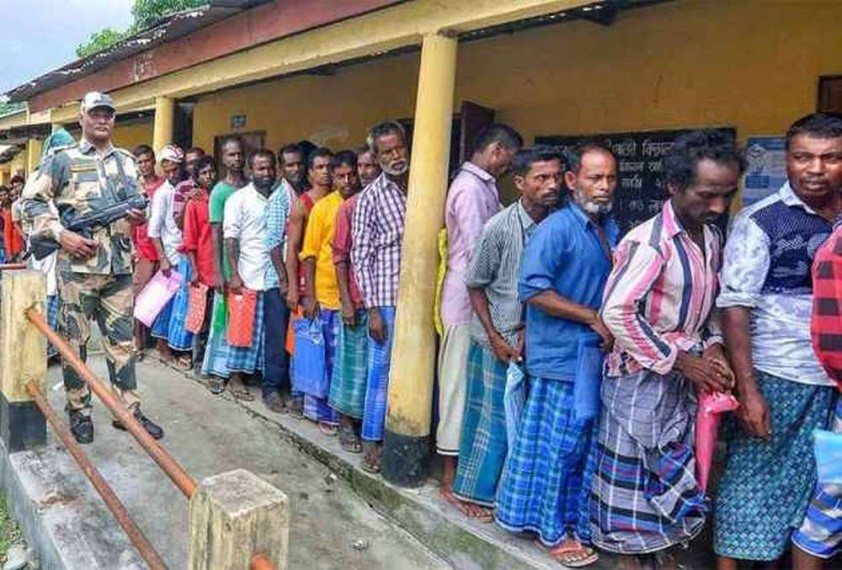 NRC is seen as a feasible tool to move towards solving the long term problem of immigration that the state of Assam has faced.
File photo: PTI
Parvin Sultana 2019-08-31T14:07:13+05:30 OPINION | Final List of NRC Published, What Next? 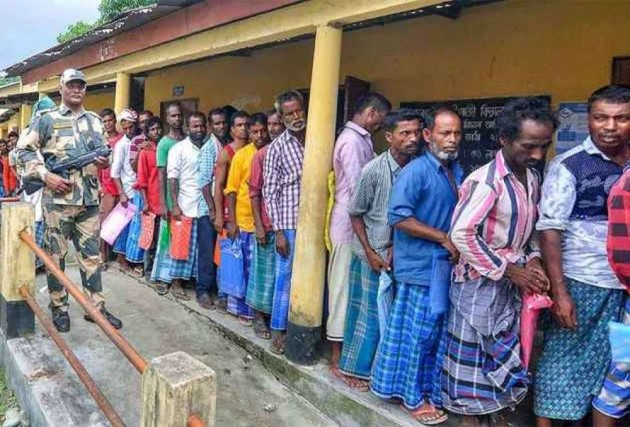 August 31, 2019 marks the conclusion of another crucial chapter of National Register of Citizens. The supplementary list -- published on Saturday -- along with the final draft and the additional exclusion list gives us the entire picture of NRC.

Of the total applicants of 3.3 crore, 3,11,21,004 names have been included and over 19 lakh have been left out. After the final draft was published last July, around 36 lakh people were called for verification. Of these, 19 lakh have been excluded. While 19 lakh is a substantial number, these people will be given another opportunity to prove their citizenship. The government and NRC officials have time and again reiterated that merely being left out of the final list does not make one a foreigner. Only Foreigners Tribunals can declare a person foreigner.

NRC is seen as a feasible tool to move towards solving the long term problem of immigration that the state of Assam has faced. The upgradation found widespread support because it was also seen as a shield against unnecessary harassment.

However, this massive process which emphasised on proving citizenship of an individual objectively on the basis of credible documents ran into problems when poor, illiterate, semi-literate Indians, women could not provide adequate documents. Anomalies became evident at a number of levels.

This chaos was accentuated by two developments — firstly, on the last day of submission of objections and claims, almost 2.5 lac dubious objections were submitted which led to the harassment of people already included in the list. Secondly, in the final part of the completion of the process, arbitrarily hearing notices were issued to few villages in Boko and Barpeta and people were asked to travel to far off places in a day or two.

During claims and objections hearing, and the other cases of hearing that followed, the list was being reverified as stated by Prateek Hajela, state coordinator of NRC. But even then, political leaders from the ruling party are constantly questioning the credibility of NRC and demanding a full reverification.

The government, however, sensing that a substantial number of Indians might be left out of the final list, came up with processes of redressal. People whose names are left out in the final list will have to appeal to the Foreigners Tribunals within 120 days. People from poorer backgrounds will be given legal support to fight these cases.

While this move of the government should be appreciated, it also becomes crucial to remember the tales of harassment recounted by many about their experiences at FT courts. People were declared foreigners for negligible technical issues where the mistake might have been of government officials and enumerators. Ex parte judgments formed the bulk part of judgments declared. Some accusations of corruption and bribery also surfaced from time to time. As FT courts will have the final say after today, it is important that they deliver free and fair judgments. Also, the rush might require quick time-bound disposal of cases.

A correct NRC will be a positive step towards solving Assam’s long-standing problem. It will also save people, especially, religious and linguistic minorities from the constant harassment of being asked to prove their citizenship. But at the same time, human rights activists in and outside Assam, and also from outside the country have raised concerns about the danger of rendering a huge number of people stateless. While Assam’s complex history is often quoted for justifying this categorisation which may seem redundant in an age of blurred boundaries, these concerns must be addressed with all seriousness.

With the final list, it has again become clear that a long legal procedure will follow which will give the people another opportunity to incorporate their names. But the fate of the people left out even after this last option remains unclear. Should the world’s largest democracy aim for detaining a large number of people for a long period? Repatriation is almost impossible as the Indian government has repeatedly assured our neighbour country. In such a scenario, an absence of a clear policy might further push people to take extreme steps.

NRC upgradation was undertaken under the supervision of the Supreme Court and any claim of outright large scale bias and prejudice is unfounded. This mammoth exercise was undertaken by a whopping 52,000 state government officials working for a long period. The process has been meticulous. However, while the majority of people across the state have cooperated through the procedure, the role of some political leaders has raised concerns. Shiladitya Deb, Ranjit Das from the BJP dismissed the procedure citing the inclusion of Muslims, especially Muslims living in the border districts. This overlooks the fact that Muslims have been a part of Assam’s demography for a much longer period. They have come in waves since the 12th century, and a large number of Muslims in Assam are local converts. With such communal overtones, it is these leaders who are trying to jeopardise the entire process.

There is a need to remember that those excluded are people who didn’t have adequate documents, the family members of D voters and Declared Foreigners have been left out. Their exclusion/inclusion will depend on the decision of the Foreigners Tribunal. There might be some cases where one member from a family might have been left out while others may have been included. In such a case, it is important to give these people benefit of the doubt and adequate opportunity and support. The authority must take utmost care to sensitise Foreigners Tribunals so that no genuine Indian is harassed during trial.

No solution to the Foreigners’ issue can go against humanitarian principles. It cannot curb the basic rights and freedom of individuals irrespective of what their legal status may be. Also, the government must come clear on problematic stands like questioning NRC in Assam and at the same time pushing it forth in other states. Prolonged statelessness of a large number of people will create a law and order situation. It is the duty of every concerned citizen to ensure that this does not happen.

As time passes, news of families being left out is trickling in. A long legal battle stares in their faces. This is the time to stand by them and help them instead of indulging in divisive politics and scoring political brownies.

After Being Questioned For Over 4 Hours, Congress Leader Shivakumar Appears Before ED Again