Home  »  Website  »  National  »  'Ferocious' Young Locusts Have Entered India This Time, And They Are A Bigger Threat

'Ferocious' Young Locusts Have Entered India This Time, And They Are A Bigger Threat 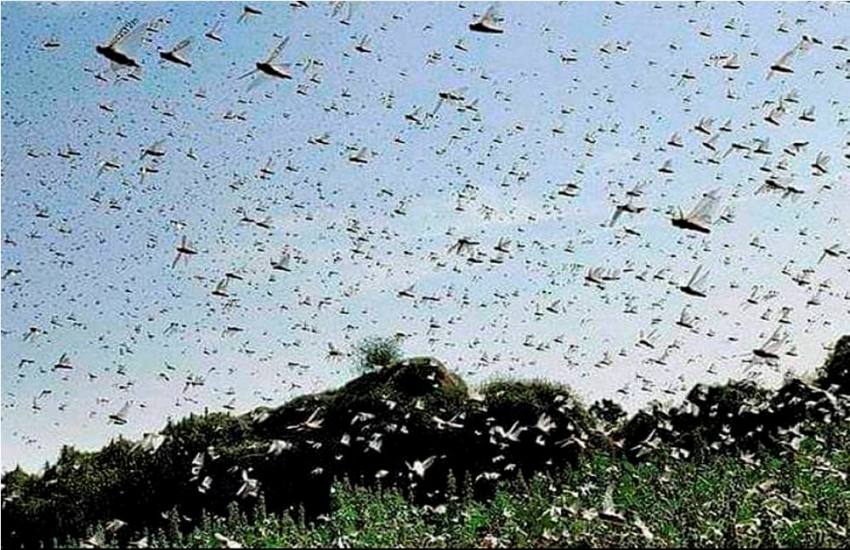 Experts say while the mature locust covers shorter distances and focuses more on breeding, the younger ones can fly 150 km in a day and devour green vegetation.
PTI
Jeevan Prakash Sharma 2020-05-29T16:21:00+05:30 'Ferocious' Young Locusts Have Entered India This Time, And They Are A Bigger Threat 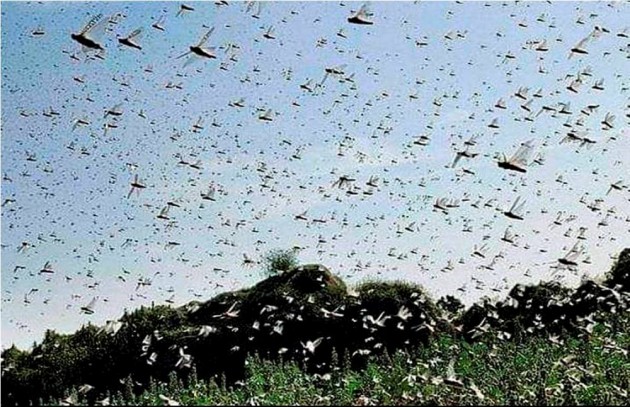 The present locust crisis that many Indian states are faced with is intense due to the younger population of the insect, swarms of which have entered the country from the north-west areas bordering Pakistan.

Experts dealing in crop protection say that last year on May 21 when the locust had attacked from Jaisalmer, Bikaner and other bordering districts in large numbers, they were controlled with the help of chemical sprays and not allowed to enter the interiors of the country. They were largely restricted in Rajasthan while some could enter Gujarat and Punjab.

“They were mature and older ones. They didn’t want to head towards the green belt because their focus was breeding. So we sprayed chemicals and killed them. But this time the scenario is completely different,” Dr Rajesh Kumar, Plant Protection officer Jaisalmer, said.

Kumar, who works in one of the Locus Control Organisations run in the bordering areas by the Centre, adds, “This time we have a younger population that are ferocious eaters. They can go in any direction with the wind flow and cause extensive damage.” Crop experts say the only way to stop them early is to identify their breeding areas and finish them. Since they bred in Pakistan, Iran and other East African countries, India didn’t have any control over that.

Experts also say a locust has a life-cycle of three and a half months during which it can reproduce in large numbers.

“They can breed only in desert areas where they get a humid climate. If the wind direction supports them, they go back to the bordering areas for breeding, else they die,” Kamal Katiyar, deputy director, agriculture, Jhansi district, said.

The bordering areas were on high alert since early April but due to their large population and young age, the administration couldn’t restrict them to the desert areas when they arrived after May 20, multiple experts told Outlook.

They said once swarms move to green vegetation, they pose a bigger challenge as poisonous insecticides can be sprayed freely in deserts, but not on crops and vegetable. Katiyar said, “Killing them is a big challenge. During the day, they prey on crops, and therefore, we can’t spray poisonous insecticides. And they keep flying swiftly.”

He adds, “They rest at night on trees and bushes. Our operations start at 12 in the night and continue until the early hours. But entering bushes at night is another task."

JP Singh, secretary, Central Insecticide Board, says that due to the conflict in East African countries such as Yemen, they couldn’t control the locust population, which travelled through Iran and Pakistan to India.

Protecting water bodies in rural areas has also emerged as a big challenge. After being sprayed with chemicals, many locusts continue to fly and die only after a few hours.

“During this time, they can contaminate water bodies. So loud music and drum beats are played at various water bodies to keep them away. They don’t go to places where loud music is played,” Katiyar said.