Farmers' Protest: All That Happened In The Last 48 Hours

Farmers Tractor Rally Violence: Here's what all happened on January 26 and 27 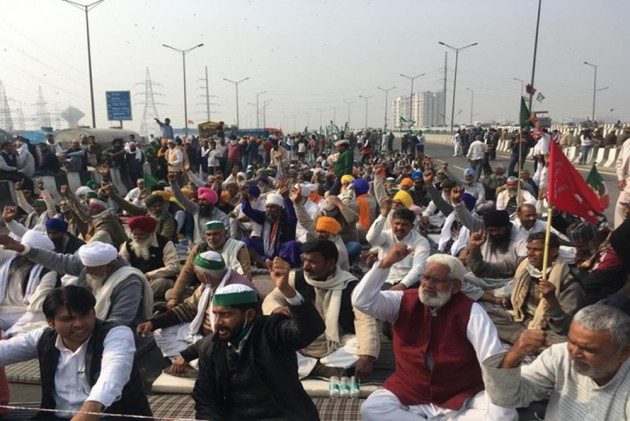 The tractor rally by farmers protesting against the three farm laws passed in September was to start at 11 am on January 26. The tractors were to move along a pre-decided route near the three border points in Delhi where the farmers have been protesting – Singhu, Ghazipur and Tikri and return to the border.

However, nothing of that sort happened.

Instead, hundreds of farmers laid siege to Red Fort; others clashed with police in ITO and other parts of the city. After the farmers broke police barricades and clashed with cops, they were forced to order lathicharge on protesters.

Police also used tear gas to disperse a group of protesting farmers who reached ITO area in central Delhi. The administration had to take the unprecedented step of suspending mobile Internet services in at least four parts of the National Capital Region.

A total of 153 police personnel were injured, with two of them in ICU, after rioting farmers broke barriers to storm the national capital on Tuesday, their tractor parade to highlight their demands dissolving into unprecedented scenes of anarchy as they fought with police, overturned vehicles and hoisted a religious flag from the ramparts of the Red Fort. Clashes broke out at multiple places, leading to violence in well-known landmarks of Delhi and its suburbs amid waves of violence that ebbed and flowed through the day.
By the end of the day, at least 10 farmers were injured, and one farmer was dead -- after the tractor, he was driving overturned when he crashed into a barricade. 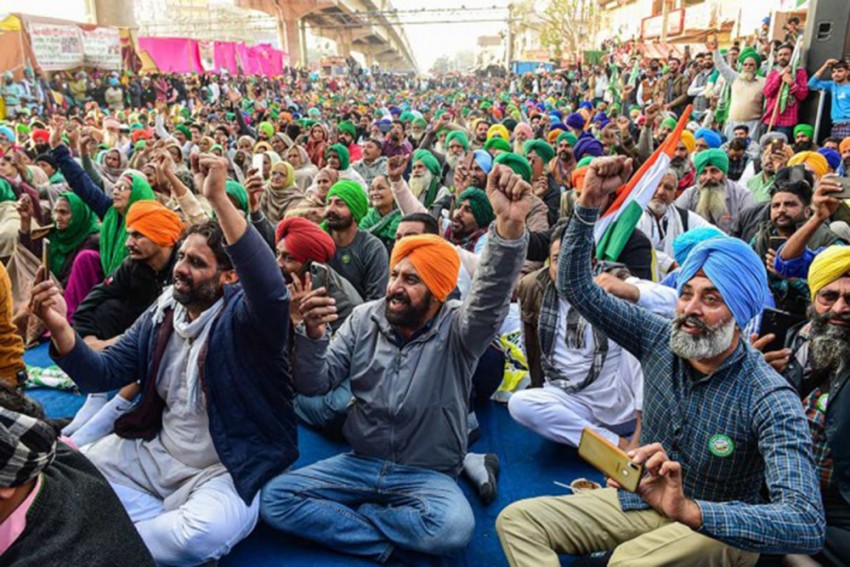 The deceased identified as Navreet Singh Hundal, 27, was a native of Bilapsur area of Rampur district in Uttar Pradesh and came to Ghazipur border around a week ago to participate in the parade. He was living in Australia with his wife and parents and was into agriculture. According to officials, his family had no idea that he had joined the protesters at the Delhi borders.

Also read: Farmer Who Died Returned From Australia, Family Unaware He Was In Delhi

Amid the chaos, tractors bearing flags could be seen, along with men and women dancing on dhols, and locals on both sides of the road showering petals on cavalcades.

Locals were also seen distributing food and water bottles to the protesting farmers who were part of the march.

Here’s what all happened on January 27: 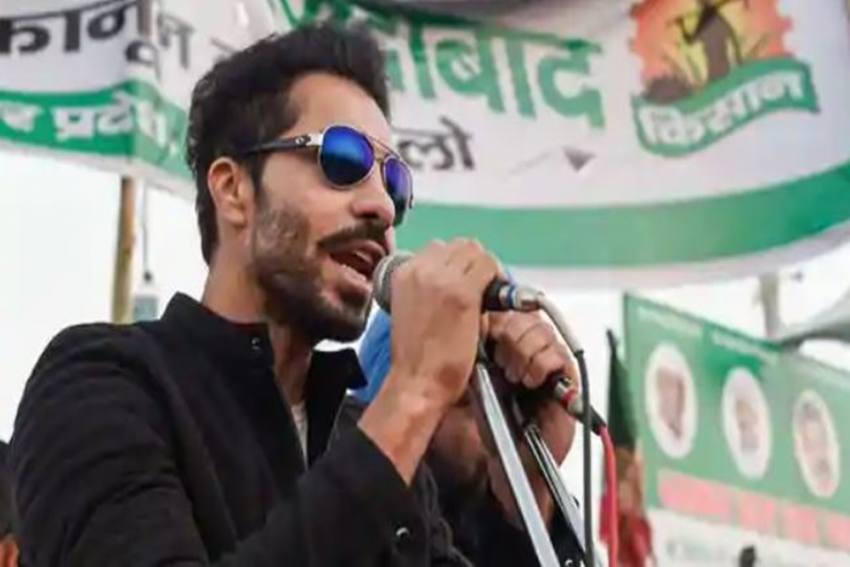 After a day of clashes on Tuesday, the role of a Punjabi actor, Deep Sidhu, has come under scrutiny. The actor-activist, once known to be close to movie star-turned-BJP MP Sunny Deol, was last seen at Red Fort. Farmers have accused him of planting the "Nishan Sahib" or Sikh religious flag at the Red Fort, an act that has provoked outrage, especially on social media.

Also read: Accused Of Instigating Farmers At Red Fort, Who Is Deep Sidhu?

The Delhi Police has named 37 farmer leaders, including Darshan Pal and Yogendra Yadav, in an FIR in connection with the violence that took place during a tractor rally by farmers, officials said on Wednesday. Police said they will investigate their role.

Police have registered 22 FIRs so far in connection with the violence that leftover 300 policemen injured. A total of 200 people have been detained. The FIR mentions multiple IPC sections, including 307 (attempt to murder), 147 (punishment for rioting) and 353 (assault/criminal force to deter public servant from discharge of his duty) and 120B (Punishment of criminal conspiracy).

Meanwhile, protesting farmer leaders have postponed their foot march to Parliament on February 1 against the three farm laws in wake of the violence in the national capital during the tractor parade on Republic Day. "On Martyrs' Day, we'll hold public rallies across India on behalf of the farmers' agitation. We will also keep a one-day fast. Our March to the Parliament on February 1 stands postponed for now due to this (Tuesday's violence)," said Balbir S Rajewal of Bhartiya Kisan Union said.

In what could signal a division among former unions protesting against the Centre's contentious agri laws, Rashtriya Kisan Mazdoor Sangathan's VM Singh today said it is pulling out from the protests. Bhartiya Kisan Union (Bhanu) has also withdrawn. "We can't carry forward a protest with someone whose direction is something else. So, I wish them the best but VM Singh and Rashtriya Kisan Mazdoor Sangathan are withdrawing from this protest right away"," he said. "The protest will continue until we get MSP guarantee but the protest will not go on in this form with me. We have not come here to get people martyred or beaten up."

As tension spiralled, a home ministry official said additional paramilitary troops will be deployed. The exact number of additional troops was not known immediately but officials suggested it could be around 1,500 to 2,000 personnel (about 15 to 20 companies).

The decision was taken at a high-level meeting chaired by Union Home Minister Amit Shah. Hoping to curb the violence, the ministry also decided to temporarily suspend internet services in parts of Delhi, including Singhu, Ghazipur and Tikri and their adjoining areas, for 12 hours from Tuesday noon.