Police used tear gas on groups of farmers as they tried to break barricades with tractors at Delhi's Mukarba Chowk.

Police on Tuesday used tear gas on groups of farmers when they tried to break past barricades and cemented barriers with tractors at Delhi's Mukarba Chowk.

On Tuesday morning, groups of protesting farmers camping at Singhu, Tikri and Ghazipur border points of the national capital broke police barricades to force their way into the city, before the time allotted by the Delhi Police for their tractor parade.

An official also said that the police personnel used tear gas to disperse groups of farmers coming from the Singhu border point as they tried to hold a march on the Outer Ring Road much ahead of the allotted time.

"But some groups of farmers did not relent and started moving towards the Outer Ring Road breaking police barricades," an official said.

Entry and exit gates of some metro stations in central, north Delhi have been closed, says DMRC. 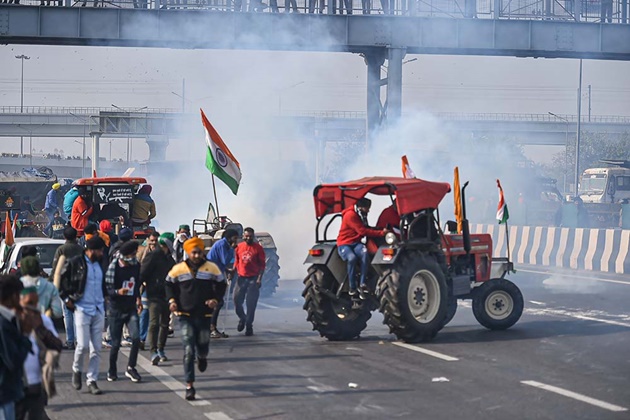 Tractors bearing flags could be seen, along with men and women dancing on dhols, and locals on both sides of the road showering petals on cavalcades, as security personnel tried to convince farmers to stick to the decided plan of holding the tractor parade after the conclusion of the Republic Day parade at the Rajpath. 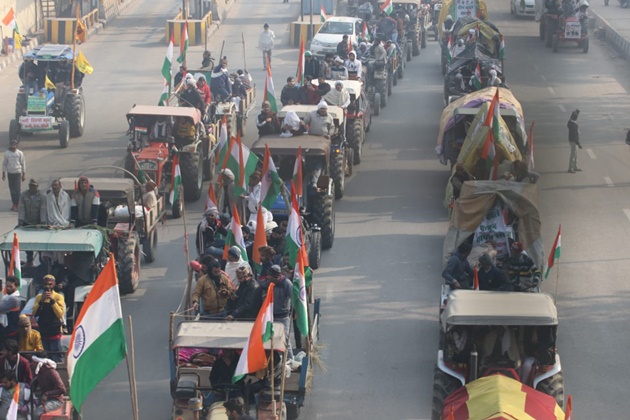 Locals were also seen distributing food and water bottles to the protesting farmers who were part of the march.

Earlier in the day, a member of the Sankyukt Kisan Morcha, an umbrella body of 41 unions, leading the protest against the three Central farm laws at several border points of Delhi, said those who broke the barricades belonged to the Kisan Mazdoor Sangharsh Committee.

He said the Sankyukt Kisan Morcha's tractor parade will start as scheduled after police give farmers way. The Kisan Mazdoor Sangharsh Committee on Monday announced that they would hold their march on Delhi's busy Outer Ring Road on Republic Day.

The protesting unions have also announced a foot march to Parliament on February 1, when the annual Budget is presented, to press for their demands including a repeal of the three new agriculture laws.

Heavy security has been deployed in view of the 'Kisan Gantantra Parade' that will move into Delhi from the Singhu, Tikri and Ghazipur border points.

Around 1 lakh tractors are expected to participate in the rally tomorrow, while a thousand others have been prevented from reaching Delhi or have been stuck in traffic jams on Yamuna Expressway, Sonepat, Singhu border and Bijnor. 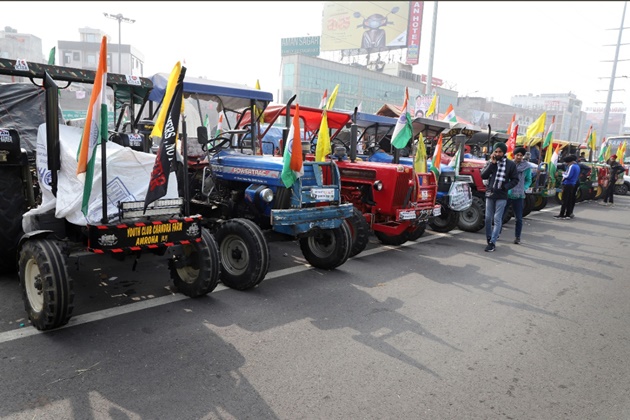 At Singhu border over 10,000 tractors have reportedly been stopped from proceeding to Delhi, where barricades to prevent the entry of protesting farmers is likely to be lifted after the official Republic Day ceremony tomorrow.

There are a large number of tractors stranded at Agra. The level of participation is far more than was anticipated or planned for, say farmer groups.

The Delhi Traffic Police have asked commuters to avoid routes where protesting farmers will conduct their tractor parade on Republic Day. The farmers’ tractor rally will be taken out from three borders of the national capital, and the traffic will remain affected on these routes, police said. 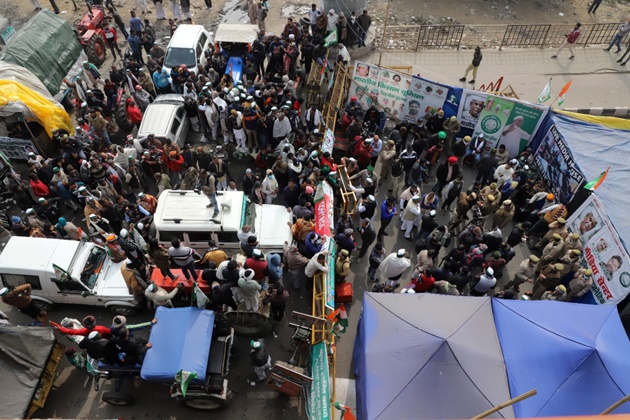 Police said the traffic will be diverted from different points.

Traffic will not be allowed to enter on Rohtak road from Kirari mor and will be diverted towards Mangol puri. It will also be diverted from Ghevra mor towards Khanjawala, they said.

No commercial vehicles and buses will be allowed on NH-24 and DND from Ring Road. Traffic on NH-24 from Nizamuddin Khatta side will be diverted on Pusta Road near Akshardham and Mother Dairy Road. No traffic will be allowed towards NH-24 from the paper market, they said. 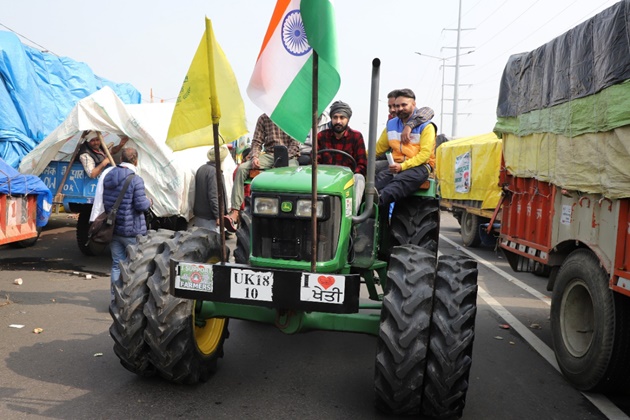 “Arrangements have been made to manage traffic on these routes starting Monday evening. Motorists are advised to avoid the routes of Kisan tractor rally,” police said.

On Sunday, the Delhi Police had said that the farmers’ proposed tractor rally would start after the end of Republic Day celebrations.

Barricades and other security arrangements will be removed and the farmers will enter the national capital. Later, they will return to their destinations after covering a “respectable” distance, police had said.

The Delhi Police has also spoken to their counterparts in Haryana and Uttar Pradesh regarding the arrangements.

Police had said that the tractor rally will be held on January 26 and there will be no disturbance of the Republic Day celebration and all security arrangements would be in place. The routes will cover over 100 kilometres of distance in the national capital.

The Republic Day parade will start from Vijay Chowk in Delhi. The wreath laying function at the National War Memorial will take place at 9 AM.