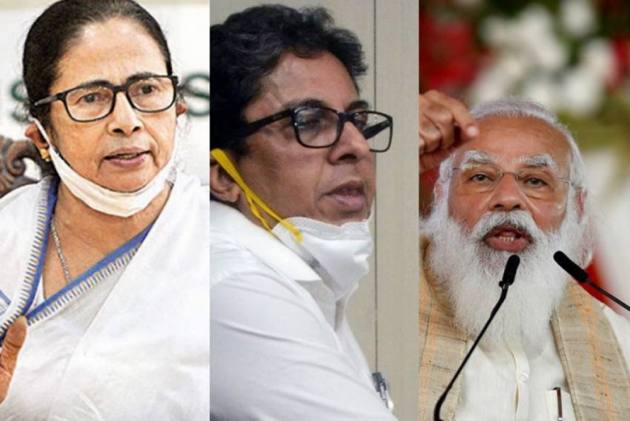 The controversy over the sudden transfer of West Bengal Chief Secretary Alapan Bandyopadhyay, who retired on Monday, to Delhi has erupted from the volte face of the central government and political reactions due to it. The extension to the officer was given by the Appointments Committee of the Cabinet (ACC) itself. The manner in which the decision was reversed by it, that too within a week's time and two days before the scheduled retirement of the officer concerned, has raised many eyebrows.

She announced that Bandyopadhyay has retired on Monday and appointed him as an advisor for three years.

Meanwhile, the officer has been asked to report to DoPT on Tuesday again.

What if the officer doesn't report to the DoPT?

The Personnel Ministry may issue a show cause notice to the officer seeking his explanation. The future course of action will be decided on his response and his case for full pension would be taken only after the matter is solved.

The All India Services (Discipline and Appeal) Rules, 1969, applicable to IAS officers, have provision for minor and major penalty that can be imposed on an officer in case the Centre decides to pursue the matter further.

The ministry is under the direct charge of Prime Minister Narendra Modi. Jitendra Singh is the Minister of State in the ministry.

Former IAS officer E A S Sarma said, technically speaking, the IAS (Cadre) Rules no doubt empower the Centre to recall IAS officers from the state but such a recall should be based on justifiable grounds and for upholding the public interest.

"Even while taking such a decision, the Centre is required to hold prior consultation with the State and, in the event of disagreement, the Centre should cite the extraordinary circumstances that justify such a recall," he said.

From the news reports available, it appears that the Centre has taken the decision in a unilateral and summary manner, Sarma said.

"If it is so, the order issued by the Centre will not stand the test of legality," he said in a letter to the prime minister.

Even otherwise, the relationship between the Centre and the States should be one of cooperation, not confrontation, he said.

"The Centre should not fall prey to personal egos and narrow considerations and compromise the spirit of cooperative federalism. The framers of the Indian Constitution never imagined that such situations would ever arise," said Sarma, who served as Secretary in the Department of Economic Affairs in the Finance Ministry. Sarma, a 1965-batch IAS officer of Andhra Pradesh cadre, took voluntary retirement from the service.

Rule 6 of the IAS (cadre) rules mention "deputation of cadre officers". All officers of Indian Administrative Service are allocated cadre which are state or group of states/union territories.

Bandyopadhyay, a 1987-batch Indian Administrative Service (IAS) officer of West Bengal cadre, was on May 24 given three months extension as the chief secretary of the state beyond the date of his superannuation on May 31, 2021. His extension was announced by West Bengal Chief Minister Mamata Banerjee.

The extension was approved by the Appointments Committee of the Cabinet (ACC) headed by the Prime Minister. Home Minister Amit Shah is the lone member of the ACC.

However, on May 28, the Personnel Ministry issued an order to the state government saying that the ACC has approved the placement of the services of Bandyopadhyay with Government of India as per provisions of Rule 6(1) of the Indian Administrative Service (Cadre) Rules, 1954, "with immediate effect" and asked the state government to relieve the officer and he should be directed to report to the Department of Personnel and Training (DoPT), North Block, New Delhi by 10 am on May 31.