The ED had summoned Patel twice for questioning in the case but the Congress Rajya Sabha MP from Gujarat cited the COVID-19 pandemic guidelines that advise senior citizens to stay indoors. 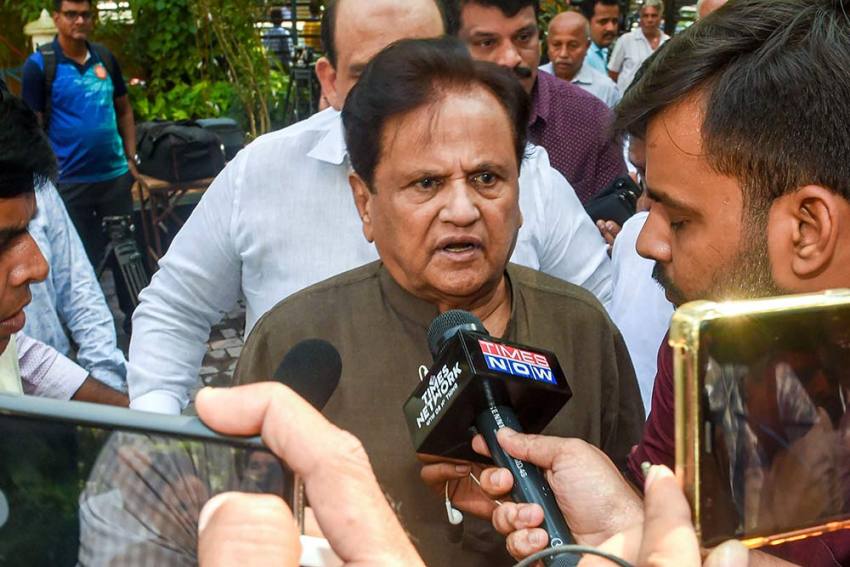 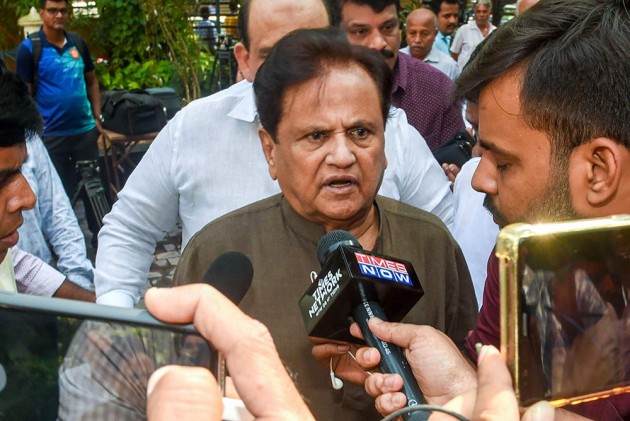 They said a three-member team reached Patel's home at 23, Mother Teresa Crescent in the Lutyens zone of central Delhi around 11:30 am.

The team members were seen carrying files and wearing masks and gloves as precautionary measures against coronavirus spread.

Patel's statement is being recorded under the Prevention of Money Laundering Act (PMLA) and the politicians' purported links with the Sandesara brothers are under the scanner, they said.

The ED had summoned Patel, 70, twice for questioning in the case but the Congress Rajya Sabha MP from Gujarat later cited prevailing COVID-19 guidelines that advises senior citizens to stay indoors in order to remain safe from the pandemic.

The agency then assured the Congress party treasurer that all care will be taken while he is questioned at its office but it was pointed out by his legal team that there are media reports about coronavirus cases being found in the ED Headquarters too.

The agency then told him that they are willing to visit his home as taking the probe forward in the case was important.

Subsequently, the time for home visit was fixed and the agency informed Patel that they will send the investigating officer of the case to him for questioning.

Patel has earlier been the political secretary to UPA chairperson and Congress president Sonia Gandhi and considered one of the most powerful persons in the grand old party.

This money laundering case pertains to the alleged Rs 14,500 crore bank loan fraud that is said to have been perpetrated by the Vadodara-based pharma firm Sterling Biotech and its main promoters -- Nitin Sandesara, Chetan Sandesara and Deepti Sandesara -- all of whom are absconding.

The agency has said that this is a bigger bank scam in volume than the PNB fraud involving diamantaires Nirav Modi and Mehul Choksi.

The total fraud amount pegged in the PNB case is about Rs 13,400 crore.

The Sandesaras are also facing separate probes by the CBI and the Income Tax Department for their alleged nexus with some high-profile politicians and charges of corruption and tax evasion, respectively.

At present, they are stated to be based in Nigeria, from where India is trying to extradite them.

The ED registered a criminal case in connection with the alleged bank loan fraud on the basis of an FIR and a charge sheet filed by the CBI.

The agency, last year, had questioned Patel's son Faisal and son-in-law Irfan Siddiqui in this case and recorded their statements.

The two were questioned in context with the statement of one Sunil Yadav, an employee of the Sandesara group, who earlier recorded his statement before the agency.

In his statement to the ED, Yadav had told the agency that he bore "expenses of Rs 10 lakh" for a party which was attended by Faisal, "arranged" entry in a night club for him and once delivered "Rs 5 lakh" to his driver in Khan Market on the instructions of Chetan Sandesara, one of the promoters of the pharma firm, sources had said.

Yadav had told the ED that the cash was "meant for Faisal Patel", the sources said.

The ED has made one of its largest PMLA attachments in this case and frozen assets worth over Rs 14,000 crore of the group in India and abroad, including oil rigs in Nigeria and ships registered in Panama.

It is alleged that the company took loans of over Rs 5,383 crore from a domestic consortium led by Andhra Bank, which had turned into non-performing assets.