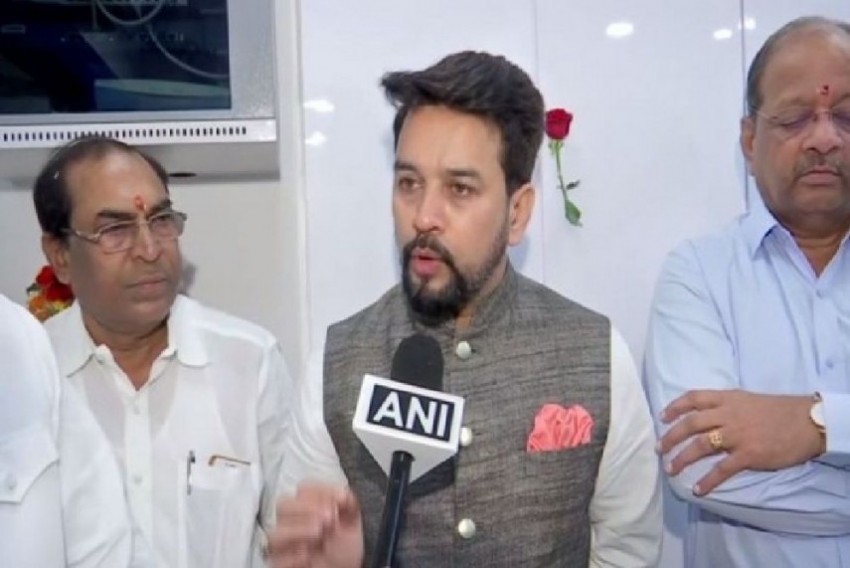 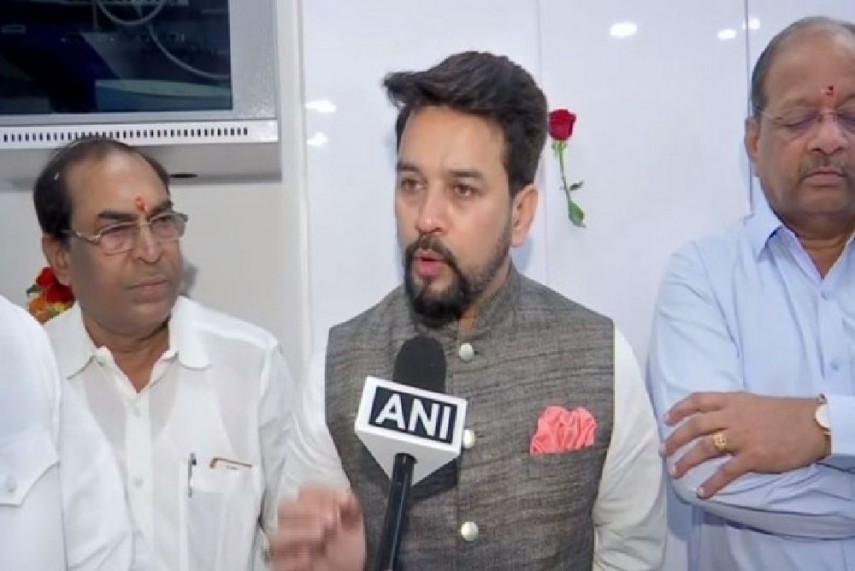 Earlier in the day, Delhi Chief Electoral Officer (CEO) sought a report from the North West district's election officer after Thakur was seen encouraging a crowd at a rally to chant "traitors should be shot down".

The slogan drew sharp criticism from the Congress, which demanded the Election Commission (EC) takes action against Thakur.

At the rally in support of BJP candidate from Rithala, Manish Chaudhary, Thakur, the Union Minister of State for Finance, shouted: "desh ke gaddaron ko" to which the crowd responded: "goli maro sa*** ko" (shoot down the traitors).

The Delhi CEO Office on Tuesday submitted reports to the EC on "provocative" language used by  Thakur.

"The Office of the Delhi CEO has submitted its report to the EC, on the suspected violation of Model Code of Conduct by Anurag Thakur, MP and BJP's star campaigner, for using provocative slogans," a senior official of the Delhi CEO office said.

The CEO also submitted a report on West Delhi's BJP MP Parvesh Verma who has come under scrutiny for his controversial comments made while canvassing for party candidates contesting the Assembly polls.

Verma on Tuesday said what happened in Kashmir with Kashmiri Pandits could happen in Delhi, warning that lakhs of anti-CAA protesters in Shaheen Bagh could enter homes to rape and kill women.

"A report has also been sent in connection with another star campaigner of BJP for Delhi Elections, Parvesh Sahib Singh Verma, regarding Shaheen Bagh protests and his tweet regarding religious places," the official said.