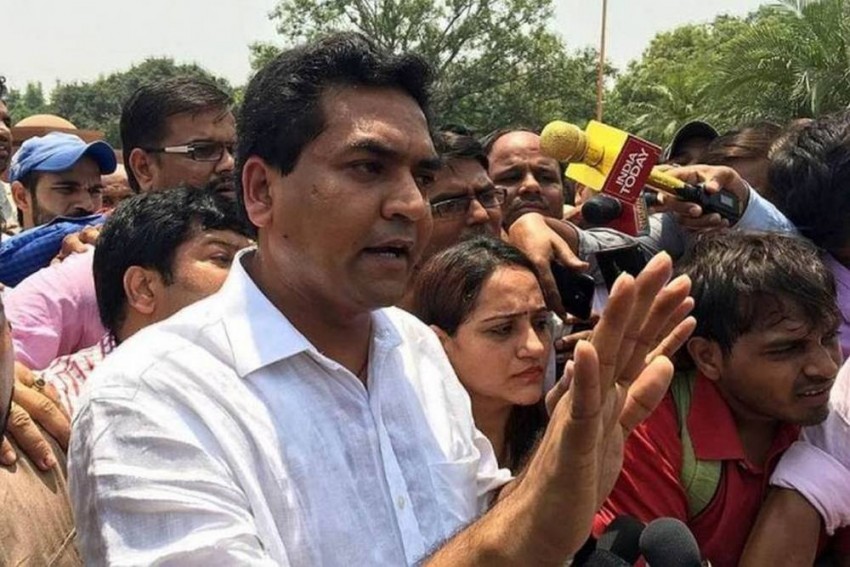 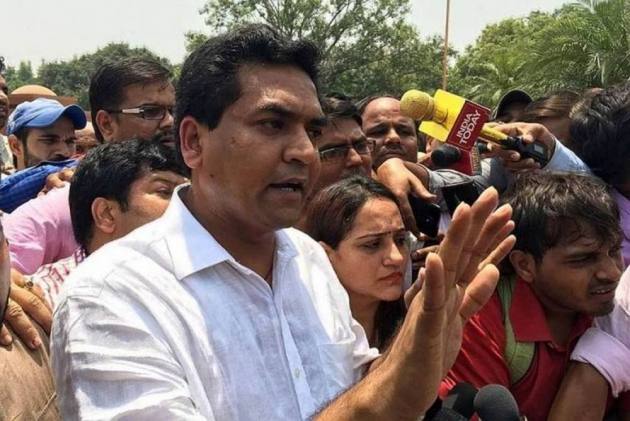 The Election Commission of India on Friday directly asked Twitter to remove a controversial "India vs Pakistan" tweet by BJP's Delhi Assembly candidate Kapil Mishra after it was found to be in violation of the model code of conduct.

Ahead of the Delhi Assembly elections, Mishra had on January 23 tweeted:"...On 8th February there will be a contest between India and Pakistan on the streets of Delhi." 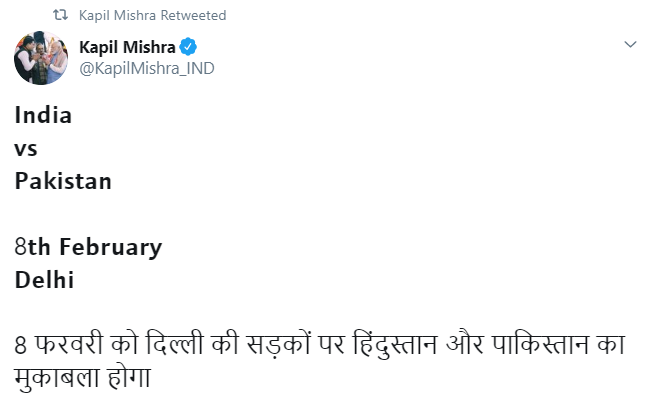 In other tweets,  the BJP's Model Town candidate also described Shaheen Bagh protesters agitating over the Citizenship Amendment Act (CAA) and the National Register of Citizens (NRC) as a "mini Pakistan that promotes hatred in the society". The Commission has asked Mishra to reply on Friday.

The office of Delhi Chief Electoral Officer requested Election Commission of India to begin the process for removal of a Kapil Mishra's tweet while the poll body sent a show-cause notice to the BJP candidate.

"I received a notice from Election Commission last night. I will give my reply today. I don't think I said anything wrong. Speaking truth is not a crime in this country. I spoke the truth. I stand by my statement," Mishra told ANI.

The Returning Officer (RO) for the Model Town Assembly constituency, Banwari Lal in his letter to Mishra on Thursday said: "It has been observed that there are several news items in the electronic media and social media about your statement on Shaheen Bagh like -- 'Delhi me chote chote Shaheen Bagh bane, 'Shaheen Bagh me Pak ki entry' and 'India vs. Pakistan 8th February, Delhi. On February 8, on the streets of Delhi there will be a competition between India and Pakistan."

"And, whereas clause 1 (1) of the Model Code of Conduct stipulates as under: No party or candidate shall include in any activity, which may aggravate existing differences or create mutual hatred or cause tension between different caste and communities, religious or linguistic," it added.

The notice also said his comments violated the Section 123 (3A) of the Representation of People's Act, 1951, which bars the promotion of "feelings of enmity or hatred between different classes of the citizens of India" on the basis caste, religion and other factors to affect election outcome in any way.

Mishra was found to be violating these laws through his comments.