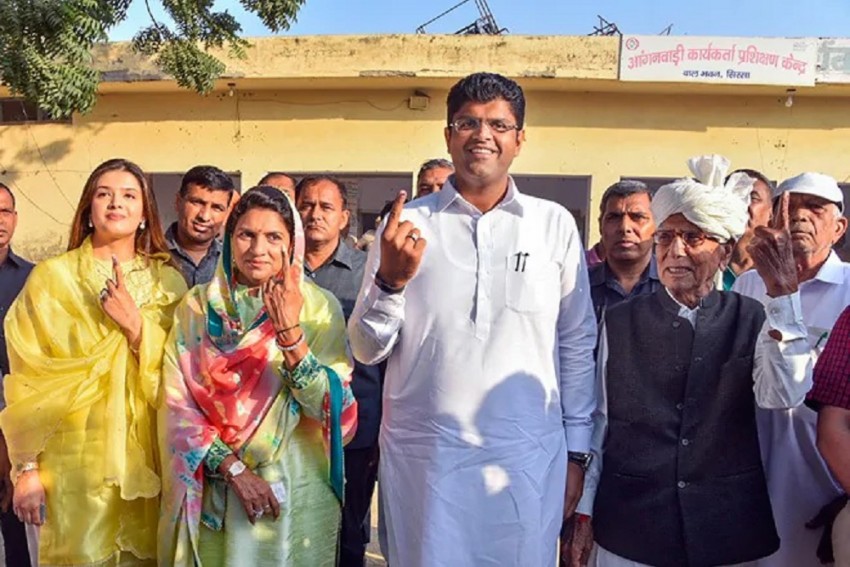 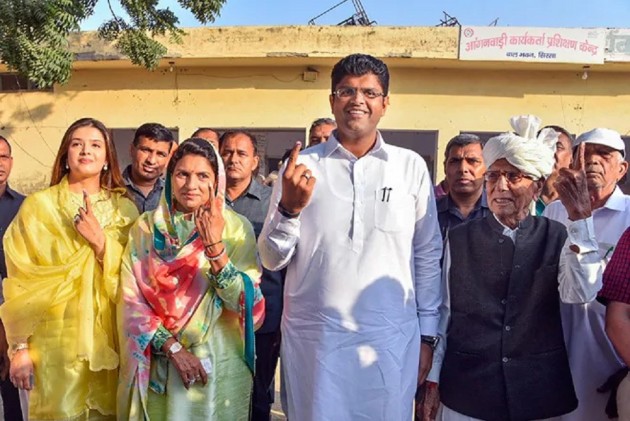 Early counting trends of Haryana Assembly election results indicated that neither the ruling BJP,  nor the Congress will be able to form the government on their own. And Dushyant Chautala’s months-old Jannayak Janta Dal was ahead in 10 seats, pitching him into the kingmaker’s role.

The results of the Haryana Assembly elections, whichever way it goes, may have settled the debate on the legacy of former deputy prime minister and Jat stalwart Devi Lal in the favour of his great-grandson Dushyant Chautala.

As counting progressed, Dushyant, 31, remained non- committal on which of the two main parties his JJP will support in case of a hung House.

”It is too early to say anything. We will first summon a meeting of our MLAs, decide who would be our leader in the House and then take it further,” he told reporters.

Dushyant Chautala has now emerged as a leader of some reckoning in the Jat community, as well among Haryana’s youth.

Former Haryana Congress chief Ashok Tanwar told the media that the people of Haryana have rejected both BJP and Congress and asked both parties to help Chautala become the next chief minister of the state.

Last year, the INLD split between Dushyant’s father Ajay Chautala and uncle Abhay Chautala -- the two sons of Om Prakash Chautala. Ajay Chautala and his father are serving a jail term in connection with a teachers’ recruitment scam during the INLD tenure in the state.

Dushyant is described as a risk-taker by some. He opted to form his own political outfit rather than get into in a legal battle with his uncle Abhay Chautala over holding the reins of the INLD.

Despite attempts made by some `khaps’ and even former Punjab chief minister Parkash Singh Badal, a family friend of the Chautalas, for a reconciliation, Dushyant remained firm.

Just a month after coming into being last December, the JJP faced its first electoral challenge in the Jind bypoll. Its candidate Digvijay Chautala lost to the BJP but managed to push Congress stalwart Randeep Singh Surjewala to the third position.

The JJP then fought on seven seats in the recent Lok Sabha polls, leaving three for the Aam Aadmi Party.

The BJP made a clean sweep over all the 10 parliamentary constituencies in the state and Dushyant Chautala lost his own Hisar seat.

But the defeat appeared to have not deterred him from going for the bigger goal to build the party and make it a decisive force ahead of Assembly polls.

This time his party did not enter into any alliance, deciding to contest the assembly polls independently.

He opted for a tough seat himself, fighting from Uchana Kalan against senior BJP leader and former Union Minister Birender Singh's wife Prem Lata, who had defeated him the last time.

Recalling his journey over the last five years, Dushyant Chautala had earlier told PTI, "There has been a lot of change, I had to leave my education, get into politics and today I am leading a party. It requires drastic effort and big changes."

As an MP, Dushyant Chautala was fairly active in Parliament.

He asked 677 questions on issues including railway and highway projects, crime against women, child labour and drug trafficking. To highlight farmers’ concerns, he drove a tractor to Parliament two years ago.

The tractor featured prominently this polling day as well. Along with wife Meghna and MLA-mother Naina Chautala, he rode one on October 21 to cast his vote in Jind.