'Don't Return Home, Help Us By Staying Wherever You Are': Assam Health Minister

People residing in different parts of the country continued their journey to the state by roads even on Friday. After the arrival, they have been asked to be in quarantine at centres Sarusojai Stadium and different hotels in Guwahati. 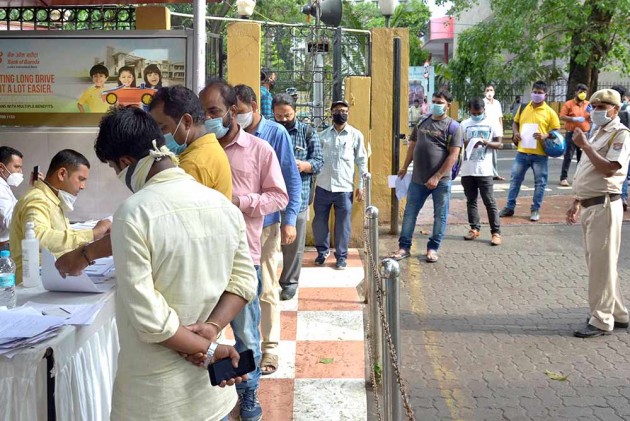 Assam Health Minister Himanta Biswa Sarma has appealed to the people of the state who are in different parts of the country to avoid travelling back home at a time when India is faced with the novel Coronavirus pandemic.

“I know that people would want to come back to their home state. But I don’t want them to carry the virus. No one would be able to trace that. So, please help us in this hour by staying wherever you are. Even the Odisha government has requested their people not to return to their home state. So, similarly, I too would like to request you all to help in safeguarding our state,” Sarma said during a press conference on Friday.

He added if the people still want to return, they will have to abide by the norms set up by the government strictly.

People residing in different parts of the country continued their journey to the state by roads. After their arrival, they have been asked to be in quarantine at centres Sarusojai Stadium and different hotels in Guwahati.

On Thursday, 1,032 people arrived in the state.

Apart from that, 386 doctors and health workers, including the superintendent of the GMCH, who were believed to have come in touch with a COVID-19 positive junior doctor, have been sent into quarantine. Their swab samples have also been sent for testing.

"We also want to test other samples of the patients who are admitted at the GMCH which would be around 700, the nurses looking after them, other workers and doctors. This will be around 1,500 swabs samples. We want to get the results at the earliest. So, that we get an idea of the overall situation,” he added.

Two boy’s hostels at GMCH, employees colony at Dr B Borooah Cancer Institute and Amiya Nagar, a residential area in the city, have been declared containment zones after new cases surfaced.

With three more positive cases on Friday, the total tally stands at 56 in Assam.