In the wake of protests by doctors in West Bengal against the assault on their colleagues, the petition was filed in the Supreme Court on Friday. 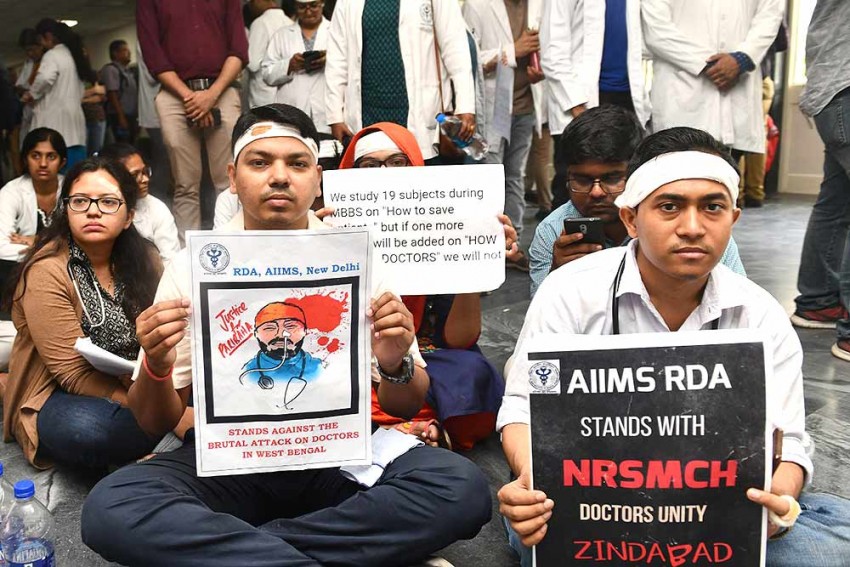 Members of Resident Doctors Association (RDA) of AIIMS wearing bandages on their heads protest to show solidarity with their counterparts in West Bengal, who stopped work on Tuesday protesting against the assault on their colleagues, in New Delhi. (PTI Photo)
Outlook Web Bureau June 17, 2019 00:00 IST Doctors' Strike: SC To Hear Plea Seeking Security For Govt Doctors Across India Tomorrow 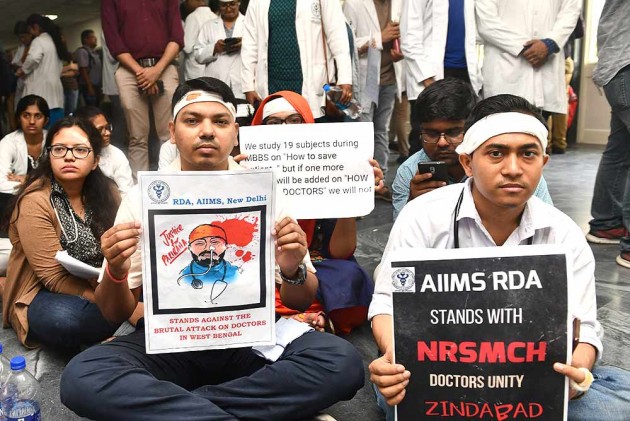 The Supreme Court will hear a petition seeking safety and security to government doctors across the country on Tuesday.

In the wake of protests by doctors in West Bengal against the assault on their colleagues, a plea was filed in the apex court on Friday.

The petition sought directions to Union ministries of home affairs and health as also West Bengal to depute government-appointed security personnel at all government hospitals across the country to ensure safety and security of the doctors.

"As per the study conducted by IMA, more than 75 per cent of doctors across the country have faced some form of violence. This study concluded that 50 percent of violent incidents took place in the Intensive Care Unit of hospitals and in 70 per cent of cases, the relatives of the patients were actively involved," it said.

The plea sought directions to formulate appropriate guidelines/act/rule or regulation to ensure safety and security of the doctors working at government hospitals and to ensure its compliance.

Meanwhile, doctors across the country are boycotting work on Monday after the Indian Medical Association (IMA) called for a nationwide strike to protest rising violence against doctors.

'Don't Bother About Numbers': PM Modi To Opposition Ahead Of Parliament Session