National DMK, AIADMK Come Up With Similar Assurances In Their Manifestos

DMK, AIADMK Come Up With Similar Assurances In Their Manifestos

Both the manifestos appear to be mere formalities in keeping with the competitive politics of the DMK and AIADMK. 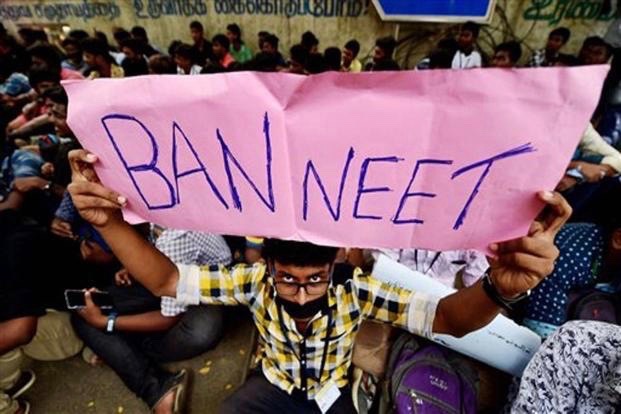 Ahead of the 2006 Assembly elections then DMK President M. Karunanidhi gave a whole new dimension to election manifestos by promising free colour TVs to every ration card holder. That single announcement turned the election on its head, helping the DMK to sneak ahead of the rival AIADMK. And it also started the freebie race among the two Dravidian parties.

The then Union Finance Minister P. Chidambaram described the DMK’s election manifesto, which also promised 10 kilos of rice at Rs 2/kg for every ration card, as the hero of the election. In 2011, not to be outdone, AIADMK chief J. Jayalalithaa was first off the block to announce a whole bunch of freebies – free laptop for Plus 2 students, free mixer, wet grinder and table fan for homes and a cow and goat for poor farmers. And also 20 kilos of free rice for poor families. The AIADMK romped home in that election.

On Tuesday, both the DMK and AIADMK released their manifestos for the 2019 Lok Sabha election in the hope that they would play a key role in the next government and would be able to implement the clutch of promises they held out.

While both sides dangled populist assurances, the strangest thing about the two manifestos was they had common features, which made many wonder whether the manifesto drafting committees of the two parties sat in the same room while finalising the points.

Both parties promised waiver of education loans of students and loans of small and medium farmers, declaring Cauvery delta region a protected agricultural zone, reservation in the private sector, getting education back on the State list from the Concurrent list, greater allocation of central funds to the state, abolition of NEET {National Eligibility cum Entrance Test} (DMK) or exemption for Tamil Nadu (AIADMK), statehood for Puducherry and the release of seven convicts in the Rajiv Gandhi assassination case. The two sides also ticked the same boxes on resisting any new dams on Mullaiperiyar and Cauvery and getting back Kachatheevu islet from Sri Lanka. Both sides also promised the use of Tamil in Central government offices in the state.

The DMK assured a workforce of one crore youth to maintain national highways, reduction in LPG price by doing away with subsidy transfer directly to banks and the old administered mechanism of fuel prices rather than market driven prices. But the AIADMK appeared to have come with the game changer, by promising a sustenance dole of Rs.1,500 a month to BPL families.

“Unlike state election manifestos, which can be implemented immediately after coming to power, these promises have to be accepted by the new government and its constituents before they can be given effect to. For example the DMK’s promise on LPG subsidy and returning to old price mechanism for fuel would be stoutly resisted by the oil majors and could actually prove inflationary. When the Railway Budget has been merged into the Union Budget why should there be a separate budget for agriculture as envisaged by the DMK? Similarly, the AIADMK’s monthly dole of Rs.1,500 across the country will leave a big hole in the Union Budget. So these promises may look attractive on paper but may be difficult to implement and need to be taken with a pinch of salt,” Prof. Ramu Manivannan of University of Madras told Outlook.

Similarly, the assurance on NEET is not doable as the Supreme Court had put its foot down and made it mandatory. Already, two batches of students from Tamil Nadu have taken the exam and more are preparing for this year’s NEET. Realising that there is no escaping NEET the present state government has organised special NEET coaching for poor students. Similarly, the promise on Kachatheevu has been repeated ad nauseam in every manifesto of the state since 1991 when Jayalalithaa made it a big issue . On these two issues the DMK is on a sticky wicket as it remained silent when Indira Gandhi handed over Kachatheevu to Sri Lanka and the UPA government introduced NEET.

Also the waiver of educational loans and farm loans would mean the state government would have to compensate the PSU banks that gave these loans while writing them off. Unless this is done these banks would baulk at giving any fresh loans under these two heads.

So both the manifestos appear to be mere formalities in keeping with the competitive politics of the DMK and AIADMK. Ultimately only the manifestos of the national parties will be relevant. Unless either of the two regional parties is in a position to decide the stability of the next government at Delhi their election promises would remain just ink on paper.