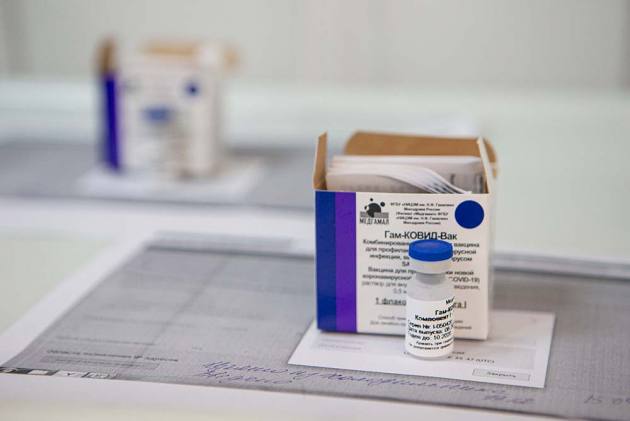 A digital health ID under the National Digital Health Mission (NDHM) will not be mandatory to get access to the COVID-19 when it is available, the Union Health Ministry said on Tuesday. The ambitious NDHM program was announced by Prime Minister Narendra Modi during his Independence Day speech. As per the program, everyone enrolled for the mission will get a Health ID that will ease access to medical services.

"The NDHM, as it exists today, does not make a digital ID or health ID mandatory to receive service under the digital ecosystem that NDHM is creating. To say it would become mandatory for vaccination and those who do not have health IDs would be deprived is probably not the right interpretation," Union Health Secretary Rajesh Bhushan said at a press conference. He said in cases where beneficiaries do not have health IDs, other IDs can be utilized.

"It would be almost like an electoral scenario where multiple IDs are prescribed beforehand so that no one is deprived of benefits of either voting on the day of election or vaccination on the designated day," Bhushan said.

The Health Secretary's remarks came a day after Prime Minister Narendra Modi said India is working on putting a robust vaccine delivery system in place and its digitized network, along with the new digital health ID, will be used to ensure its success. The PM was speaking at the Grand Challenges Annual Meeting on Monday.

Responding to concerns regarding data privacy and data security under NDHM, Bhushan said there is a bill pending in Parliament which addresses this issue.

"Till the bill gets passed, NDHM has a data management policy which has been in the public domain for more than the last one month. We have received more than 7,000 comments on the data management policy of NDHM which ensures both individual data privacy as well as data security. Based on the comments that we have received, we would be suitably refining our policies," he said.

The National Health Authority (NHA), the apex agency responsible for the implementation of Ayushman Bharat Pradhan Mantri Jan Arogya Yojana (AB-PMJAY), has been authorised by the government to design, build, roll-out and implement the NDHM in the country.

The health ID will contain information about medical data, prescriptions, and diagnostic reports, and summaries of previous discharge from hospitals for ailments. The mission is expected to bring efficiency and transparency in healthcare services in the country.