'Our men have not fired a single bullet. It was an unprovoked action by the BGB,' BSF said. 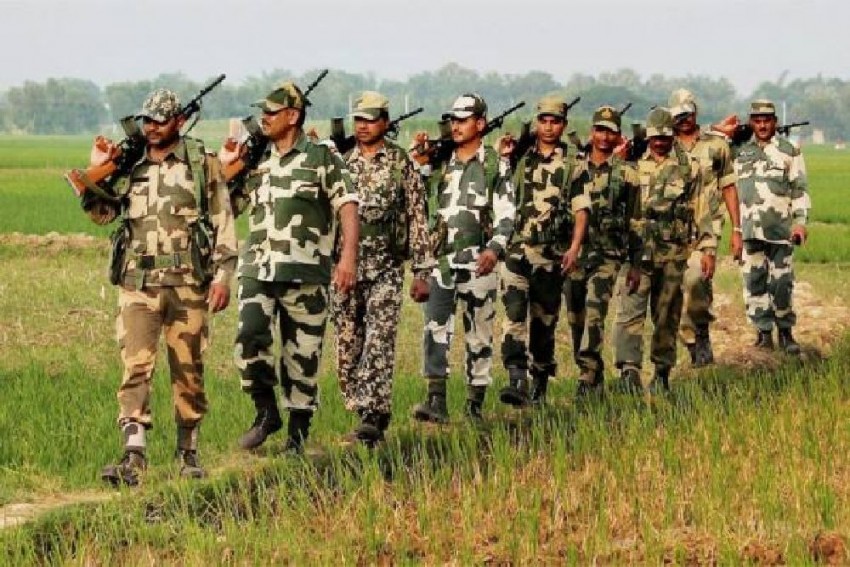 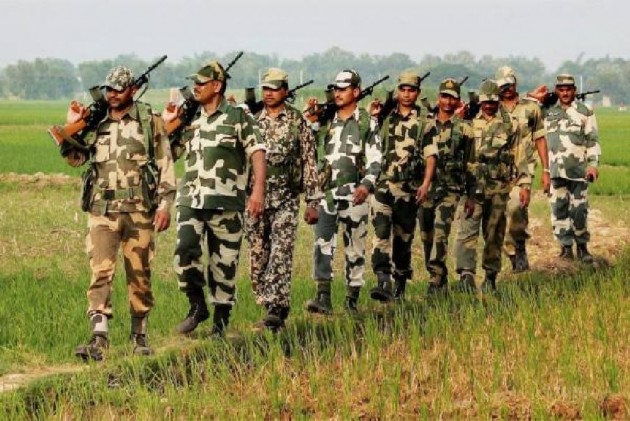 The BSF on Friday said the Bangladeshi action of killing their trooper and injuring another along the border in West Bengal was unprovoked and that its troops did not fire "a single bullet" when a flag meeting took place between the two sides.

A senior official rejected the claim made by the Border Guard Bangladesh (BGB) that its patrol team "had to open fire in self-defence amid gunfire by BSF men".

"Our men have not fired a single bullet. It was an unprovoked action by the BGB that killed the BSF jawan and injured other," the official said.

The BGB had said since the BSF personnel had intruded into Bangladesh's territory, they were told they would be handed over to authorities after the proposed meeting.

The situation created panic among Indian border guards, a late-night statement issued on Thursday by BGB in Dhaka said.

"The BSF men then turned furious and opened gunfire and started going back to their (Indian) territory," the BGB alleged.

The BSF official countered this, saying the force party of six troops had entered 400 meters into the international border across the Padma river in Murshidabad district as that is the "designated place for a flag meeting."

"When BGB requests BSF for the flag meeting, we go inside the territory of Bangladesh. When we call BGB for a flag meeting, they enter inside our territory at a designated point," he said.

The BGB statement had said their patrol team tried to detain three Indian fishermen who had entered into Bangladesh waters in an engine-run boat, but two of them managed to flee.

Soon, four armed BSF men, including one in uniform, intruded 650 yards inside the Bangladesh territory with a speedboat to take away the detained fisherman, the BGB had said.

The Border Security Force also defended its party leader or post commander of the local area wearing shorts during the flag meeting, saying it is a requirement of that special geographical area.

"Out of 6 BSF troops, one was in civil dress and post commander was wearing camouflage T-shirt and shorts below. Since, the area is muddy and riverine, most of the time men remain in shorts and sandals," the officer said.

A senior BSF officer in Delhi said the troops "did not try to forcibly take away the lone fisherman from the custody of BGB as they had gone for flag meeting inside Bangladesh territory on getting a call from the BGB."

It is not true that BGB could apprehend only one Indian fisherman and two managed to run away and went to BSF, he said.

The fact is that BGB apprehended all three fishermen and seized all their paraphernalia. After some time, they sent back two fishermen in the dingy belonging to Indian fishermen with the direction to call BSF post commander for flag meeting so that the Indian fisherman can be released, he said.

This has been stated by the two fishermen who were released by the BGB, he said.

The BSF officer added that when there was a telephonic talk between the commanding officers of the two sides, post the incident on Thursday, the counterpart "did not say that BSF men had either violated the IB or entered inside Bangladesh territory."

The fisherman is still in BGB custody, he said.

Fifty-one-year-old head constable Vijay Bhan Singh was killed while constable Rajvir Yadav was injured in the firing triggered by a BGB trooper.

Security has been stepped up all along the 4,096 km long Indo-Bangla border guard by the BSF and the BGB, in the wake of the incident.