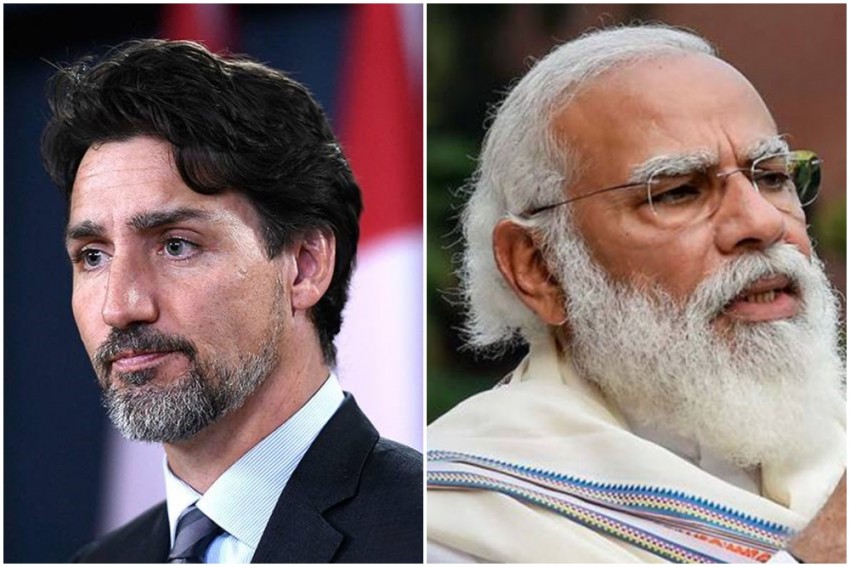 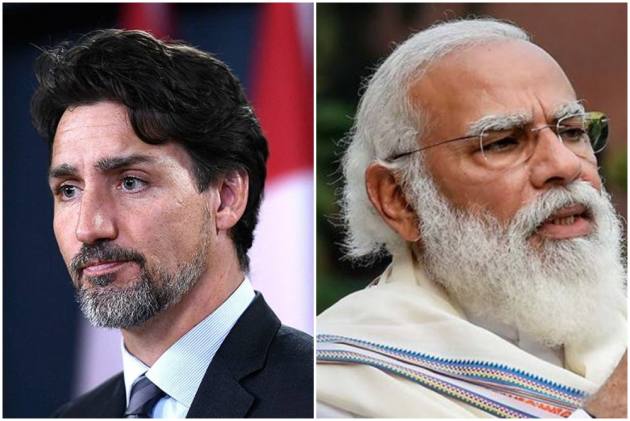 Canada’s Prime Minister Justin Trudeau called Prime Minister Narendra Modi on Wednesday. It was an important call considering New Delhi had not taken kindly to the Canadian leader’s comments on the sensitive issue of the Punjab farmer’s protest. If Trudeau hoped to mend fences with India, he seemed to have succeeded, as the Prime Minister called Trudeau “my friend” in a tweet he sent out after the call.

Yet, somewhere the wires appear to have crossed as the two governments gave different spins to the conversation. Countries naturally highlight what suits them, the foreign offices work to the needs of the political leadership.

There is a clear mismatch between what Modi and Trudeau let out. With an eye to the large Sikh electorate, Trudeau mentioned “recent protests” in the official release by the Canadian government. There was no mention of that in the statement by the Ministry of External Affairs (MEA).

Instead, the Indian side emphasized Covid-19 and collaboration in fighting the pandemic. It also slipped in that Canada had asked New Delhi for vaccines. There was no reference to this request in the Canadian take of the conversation.

It is well known that rich countries are grabbing as much of the vaccines available today. Most of them are buying more than their need. Canada had invested one billion dollars earlier for funding vaccine research and getting hold of as many doses as possible. Canada has ordered 20 million doses of the AstraZeneca vaccine, 40 million of the Moderna vaccine, 76 million of Pfizer’s vaccine and 38 million doses of the Johnson and Johnson vaccine. Beyond this does Canada need more? Some of the orders are for companies that have not yet come out with the finished product. Or is Canada asking for vaccines to help nations that have so far not got their share.

Canada is a member of the COVAX, a global collaboration to get Covid-19 vaccines to poorer countries. COVAX has agreements in place to access nearly two billion doses of several vaccine candidates, which should be enough to protect the most vulnerable in eligible countries during the first half of 2021.

Outlook contacted the Canadian High Commission in New Delhi, which refused to answer the simple question, whether Prime Minister Trudeau had asked India for supply of vaccines manufactured in India. Instead, it pointed to the tweets sent out by Canada’s High Commissioner Nadir Patel, which did not answer the question.

Prime Minister Modi put out this tweet yesterday claiming the Canadian leader had asked India for vaccines: “Was happy to receive a call from my friend @Justin Trudeau. Assured him that India would do its best to facilitate supplies of COVID vaccines sought by Canada. We also agreed to continue collaborating on other important issues like Climate Change and the global economic recovery.”

The MEA in its take on the conversation said: “Prime Minister Trudeau informed Prime Minister Modi about Canada's requirements of Covid-19 vaccines from India. Prime Minister assured the Canadian PM that India would do its best to support Canada's vaccination efforts, just as it had done for many other countries already.

Expressing his appreciation, Prime Minister Trudeau said that if the world managed to conquer Covid-19, it would be significantly because of India's tremendous pharmaceutical capacity, and Prime Minister Modi's leadership in sharing this capacity with the world. Prime Minister thanked PM Trudeau for his sentiments.

The two leaders also reiterated the common perspective shared by India and Canada on many important geo-political issues. They agreed to continue the close collaboration between both countries in fighting global challenges like Climate Change and the economic impacts of the pandemic. The leaders looked forward to meeting each other in various important international fora later this year, and continuing their discussions on all issues of mutual interest.

Here is Canada’s take on the conversation:

India sticks to what Prime Minister Modi tweeted and the MEA statement. Canada refuses to answer the simple question if Trudeau asked India for vaccines. In the end, both people will accept whichever version suits them.

CAA Will Be Implemented After Covid Vaccination Ends: Amit Shah In Bengal