For 87-year-old Gowda, this will be the second Rajya Sabha entry, the first time being in 1996 as Prime Minister. 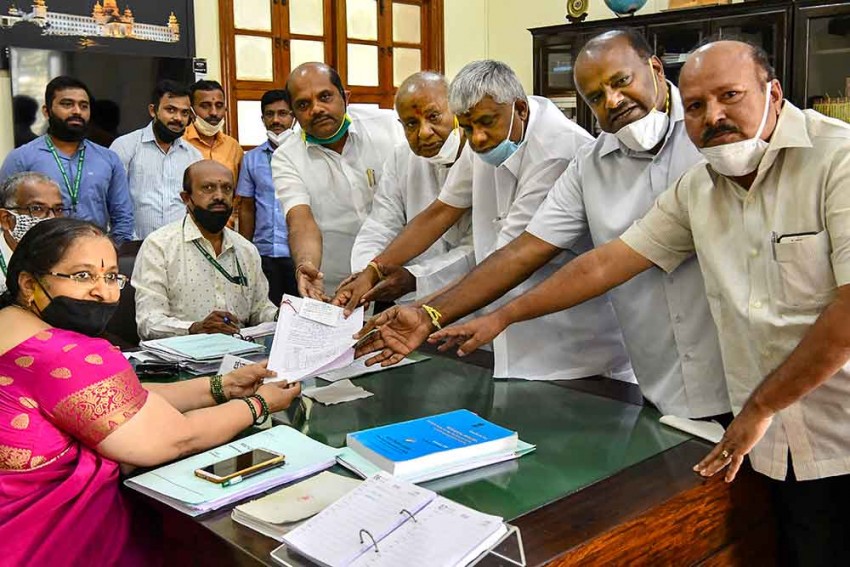 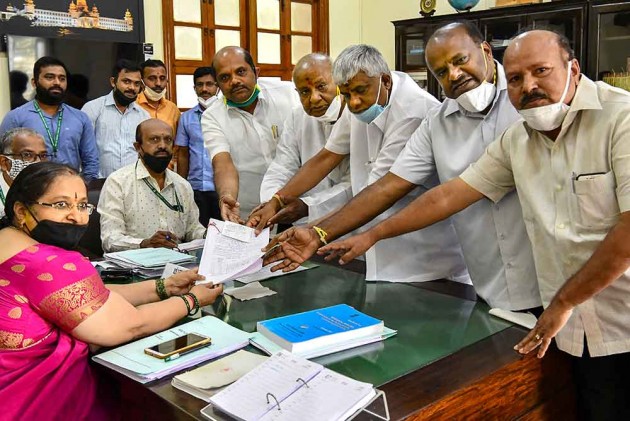 Karnataka Legislative Assembly Secretary M K Vishalakshi, who is the returning officer for the Rajya Sabha polls, declared the "unanimous election" of Gowda and Kharge from the JD(S) and the Congress respectively, and BJP's Iranna Kadadi and Ashok Gasti, with no extra candidate in the fray.

"With none of the four validly nominated candidates in the fray withdrawing their candidature, they were declared unanimously elected," officials said.

Today was the last date for withdrawal of candidature for biennial election to Rajya Sabha by elected members of Legislative Assembly.

This will be the first stint in Rajya Sabha for 77- year-old Kharge, who has always got elected directly by the
people in his political career spanning over four decades.

For 87-year-old Gowda, this will be the second Rajya Sabha entry, the first time being in 1996 as Prime Minister.

Both Kharge and Gowda were defeated in the 2019 Lok Sabha election from Gulbarga and Tumkur parliamentary constituencies respectively.

For BJP's Iranna Kadadi and Ashok Gasti, who are "low profile" compared to stalwarts like Gowda and Kharge, this will be the first major break in their political career.

Both of them with Akhil Bharatiya Vidyarthi Parishad background have worked for BJP's organisation at the grassroot level for decades.

BJP's central leadership had sprung a surprise by fielding Kadadi and Gasti as candidates, ignoring the recommendations of the party state unit.

Polling was scheduled on June 19 to fill four Rajya Sabha seats from Karnataka, represented by Rajeev Gowda and B K Hariprasad of Congress, Prabhakar Kore of the BJP and D Kupendra Reddy of JD(S) that will fall vacant on June 25, with their retirement.

The BJP, with 117 members in the assembly (including Speaker), was in a position to ensure easy victory in two out of four seats, while Congress with 68 MLAs in one.

The JD(S), which has 34 seats in the assembly, was not in a position to win a seat in Rajya Sabha on its own, but had Congress' support with its surplus votes.

A minimum of 45 votes were required for a candidate to win.

However, voting was not necessitated in this election, as no party fielded any additional candidate against each other, and limited their contest to the number of seats that they could win based on their strength in the assembly.