The hearing took place at the residence of Justice S Murlidhar on an urgent plea seeking safe passage for the injured to medical institutions with adequate facilities. 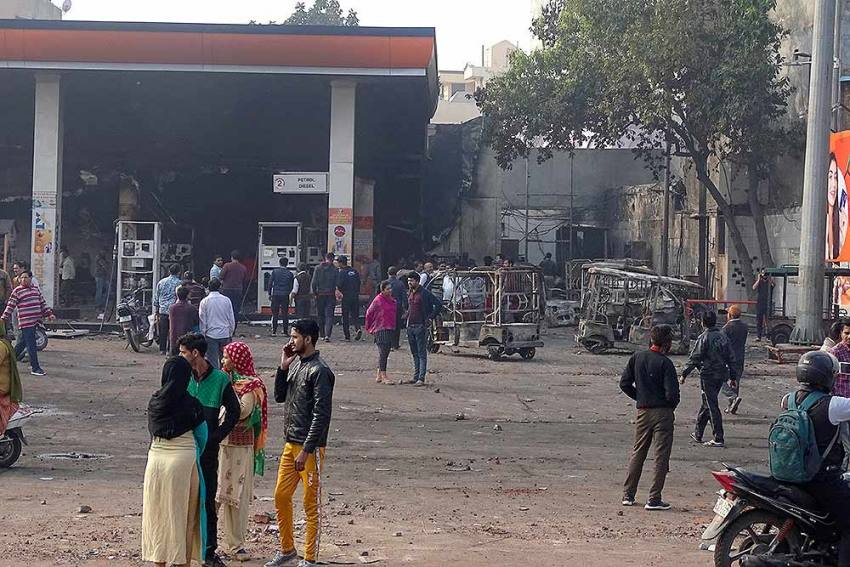 People stand by a gasoline station that was set on fire Monday in New Delhi. At least seven people, including a police officer, were killed and dozens were injured in clashes between hundreds of supporters and opponents of a new citizenship law, police said.
AP Photo
PTI 2020-02-26T08:14:13+05:30 'Deploy All Resources': What Delhi HC Told Police In Midnight Hearing 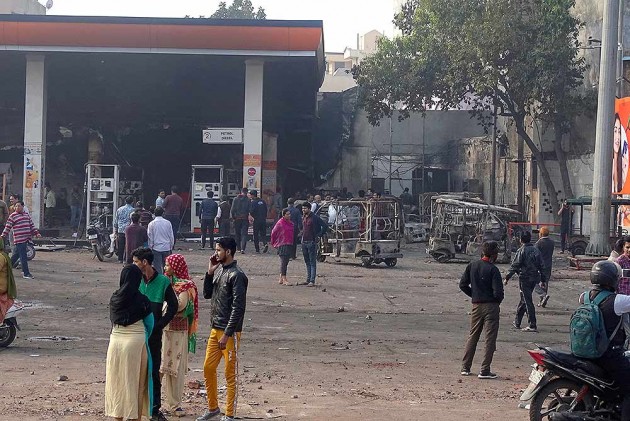 In a midnight hearing, the Delhi High Court directed police to ensure safe passage to government hospitals and emergency treatment for those injured in the communal violence erupted in northeast Delhi over the amended citizenship law.

The court held a special hearing, which started at 12:30 am, at the residence of Justice S Muralidhar after receiving a call from an advocate explaining the dire circumstances under which the victims were unable to be removed from a small hospital to the GTB Hospital.

A bench of Justices S Muralidhar and Anup J Bhambhani directed the Delhi Police to ensure safe passage of the injured victims by deploying all resources at its command and on the strength of this order as well as to make sure they receive immediate emergency treatment if not at the Guru Teg Bahadur Hospital then at the Lok Nayak Jai Prakash Narayan Hospital (LNJP) or Maulana Azad or any other hospital.

The bench also called for a status report of compliance, including information about the injured victims and the treatment offered to them, and the matter will be heard during the day at 2:15 pm.

It said the order be communicated to the medical superintendents of the GTB and the LNJP Hospitals.

The urgent hearing was conducted after advocate Suroor Mander called the judge and sought urgent orders for safe passage of ambulances for the injured.

The Delhi Police and the government were represented through additional standing counsel Sanjoy Ghose.

During the hearing, the bench spoke over phone to doctor Anwar of the Al-hind Hospital in New Mustafabad who told the court that there were two bodies and 22 injured persons there and he had been trying to seek police assistance since 4 pm on Tuesday without success.

The court then directed the senior officials to reach to the hospital forthwith, following which they started the process of evacuating the injured to the nearest hospitals.

It also said this order be brought to the knowledge of the Delhi Police Commissioner.

Communal violence over the amended citizenship law in northeast Delhi claimed at least 17 lives till Wednesday.

On Tuesday, the violence escalated in northeast Delhi as police struggled to check the rioters who ran amok on streets, burning and looting shops, pelting stones and thrashing people.