The dead included at least four women, 10 men, a hotel cook, and a child who could not escape the leaping flames and the thick smoke in the hotel in the commercial-cum-residential district of Karol Bagh. 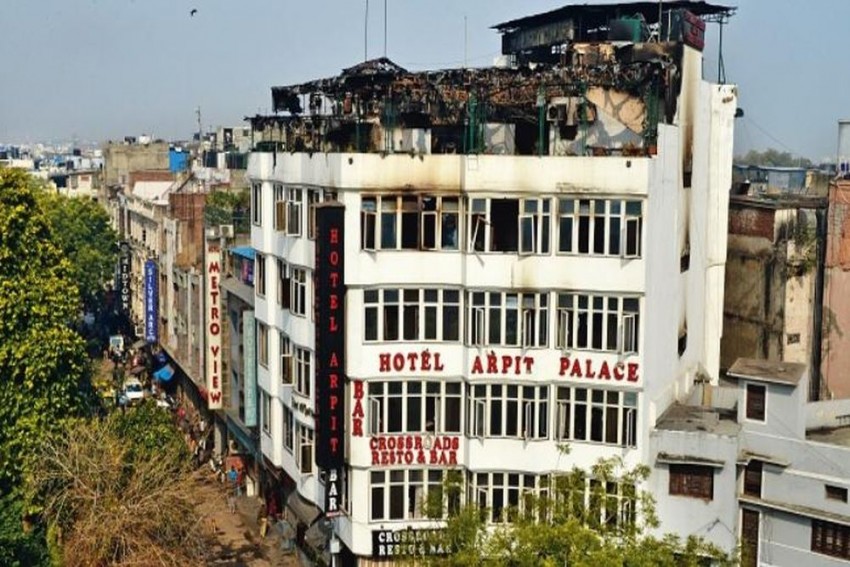 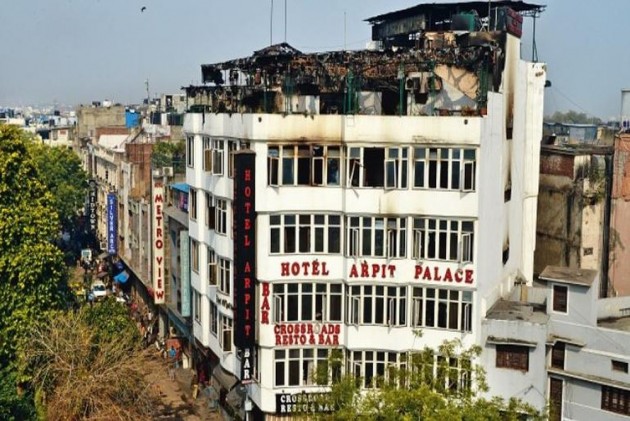 Had the fire alarms been functional and the fire exits not blocked, the 17 people who died and 35 others were injured as a blaze swept a hotel in central Delhi on Tuesday could have been safely evacuated by fire officers and local police, a fire official said.

There were around 55 guests, all asleep, in the Arpit Palace Hotel in Karol Bagh area when the fire broke out around 4 a.m, the officer said.

Blaming the hotel management for the delay in reporting the fire, Chief Fire Officer Atul Garg said: "During investigation, it was found that there were lapses on the part of the hotel management as they did not initially inform the control room of Delhi Fire Service (DFS) about the fire in real time.

"They informed us at 4.35 a.m when flames spread across a major portion of hotel from the second floor to first and fourth including the top floor cafeteria," he said.

"After sensing the gravity of fire that reached the top floor, the firefighters later took the help of a hydraulic fire engine and rescued the trapped victims after breaking the window panes," Garg added.

"Prima facie, some lapses were found on the part of the hotel management as the emergency exit were also blocked from inside," Deputy Commissioner of Police Mandeep Singh Randhawa said.

Delhi Home Minister Satyendar Jain, who visited the hotel said that he has also directed the fire department to inspect buildings which are five floors or more and submit a report on their fire safety compliance within a week.

"We have ordered for a magisterial inquiry into the case. Seventeen people have died, most of them of suffocation. Apparently, there were lapses (from the hotel administration's side) and action will taken against those found guilty," he said.

The dead included at least four women, 10 men, a hotel cook, and a child who could not escape the leaping flames and the thick smoke in the hotel in the commercial-cum-residential district of Karol Bagh.

Two bodies still have to be identified, officials said.