Congress leader D K Shivakumar, arrested on September 3 by the ED, was produced before the court on the expiry of his 9-day custodial interrogation by the agency. 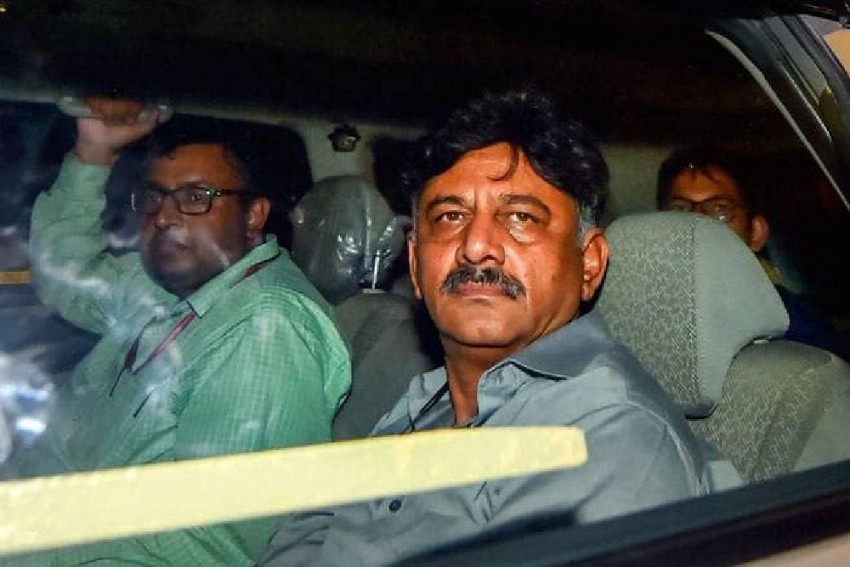 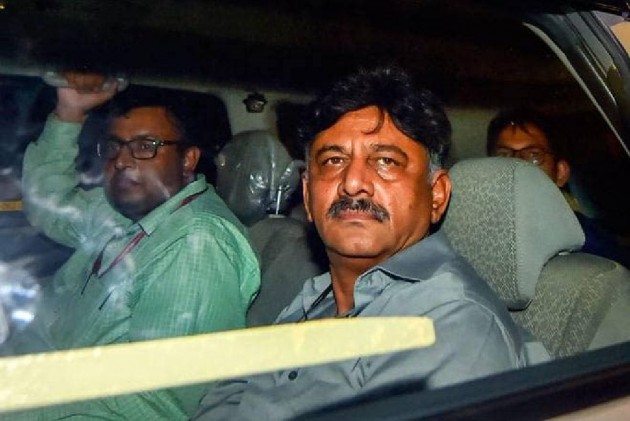 The Enforcement Directorate had sought five-day extension of custodial interrogation of Shivakumar, saying he was evasive in his replies.

The judge told the ED that it should take care of Shivakumar's medical requirements first and only then ask him questions.

Shivakumar, arrested on September 3 by the ED, was produced before the court on the expiry of his 9-day custodial interrogation by the agency. He was sent to ED's custody on September 4.

The probe agency told the court that Shivakumar, 57, was evasive and gave irrelevant answers during the interrogation, and many of his properties are 'benami'.

"As per the probe against Shivakumar, tainted money is more than Rs 200 crore and there is Rs 800 crore worth 'benami' property," said Additional Solicitor General K M Natraj, representing the ED.

The ED needs to confront him with voluminous documents it has collected so far in the case, he said and claimed that Shivakumar was withholding information which was solely in his knowledge.

To this, the judge said, "I am sure he won't answer questions in the next five days either. Why do you need his custody".

The ASG replied that there are statements by some other accused and Shivakumar needs to be confronted with them.

Senior advocate A M Singhvi, appearing for Shivakumar, opposed ED's plea for further custodial interrogation and said the Congress leader's medical condition is very serious and he must be in a hospital and that he is suffering from high blood pressure.

Shivakumar has been in custody since September 3 and today is the 10th day, the counsel said, adding that he must be given active medical assistance.

"Just because there is power to give remand for 15 days, does not mean that it should be granted," the counsel contended while opposing agency's plea seeking further custodial interrogation.

Singhvi told the court that ED has not filed reply on Shivakumar's bail plea yet.

"I am a law-abiding citizen," Shivakumar's counsel told the court, which said he will get the best hospital facilities whenever he wants.

"You have the right to not file a reply but you can't claim automatic remand," Singhvi told the court.

He further said that Shivakumar's 22-year-old daughter Aishwarya was also interrogated by the ED.

"I have nothing to hide. If you want to interrogate me, you can call me for interrogation anytime," he told the court.

Aishwarya, a management graduate, was questioned and her statement recorded under PMLA.

The court had earlier allowed ED to interrogate the politician in custody, saying the allegations made against him were serious in nature.

ED officials had alleged that the trust, holding assets and businesses worth crores, operates a number of engineering and other colleges and Aishwarya is the main person behind them.

The ED had in September last year registered the money laundering case against Shivakumar, Haumanthaiah, an employee at Karnataka Bhavan in New Delhi, and others.

Shivakumar had to appear before the ED after Karnataka High Court last week dismissed his petition challenging the summons issued to him by the agency.

The ED had filed the PMLA case against him and others based on a charge sheet (prosecution complaint) filed by the Income Tax Department against them last year before a special court in Bengaluru on charges of alleged tax evasion and hawala transactions worth crores.

The I-T department has accused Shivakumar and his alleged associate S K Sharma of transporting a huge amount of unaccounted cash on a regular basis through 'hawala' channels with the help of three other accused.

Terrified Teenager Runs Naked On Street After Being Raped, Thrashed In Rajasthan’s Bhilwara