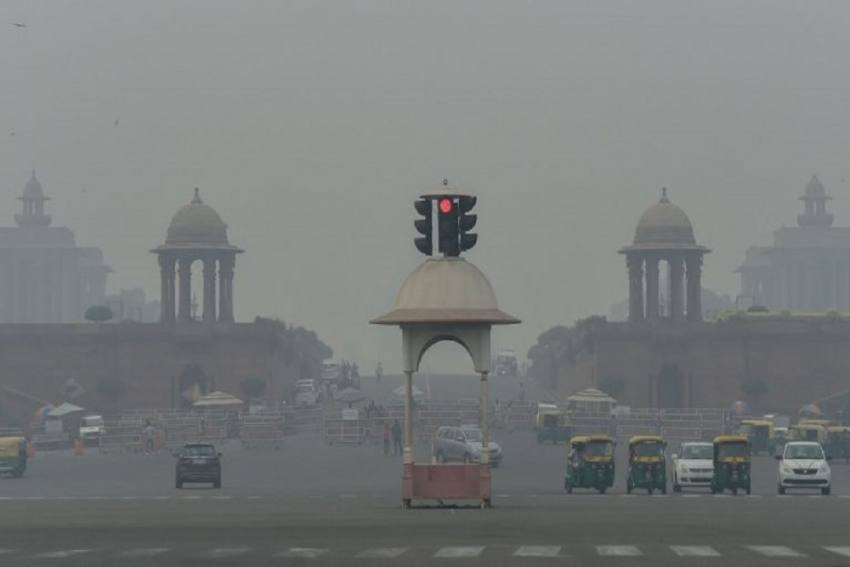 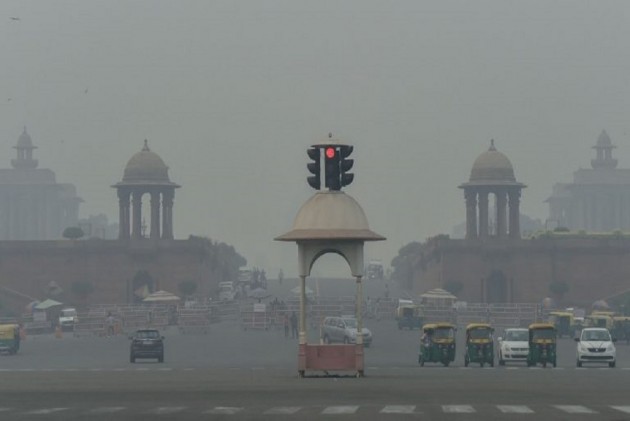 Delhi's air quality slipped back into the “very poor” category on Wednesday after remaining in the “severe” zone for six days on the trot, with a change in the wind direction reducing the contribution of stubble burning in city's pollution.

Delhi witnessed six “severe” air days on the trot till Tuesday. It had recorded seven “severe” air days in November last year.  The neighbouring cities of Faridabad (345), Ghaziabad (390), Noida (339), Greater Noida (322), and Gurgaon (309), which fall in the National Capital Region (NCR), also recorded "very poor" air quality.  The levels of PM2.5 -- which is about three per cent the diameter of a human hair and can lead to premature deaths from heart and lung diseases -- were 233 microgram per cubic meter (µg/m3) at 9 am, below the emergency threshold of 300 µg/m3.

On Tuesday, PM2.5 levels had soared to 528 µg/m3 in the afternoon. PM10 level stood at 384 µg/m3 at 9 pm. It had peaked to 685 µg/m3 on Tuesday, according to the Central Pollution Control Board (CPCB) data. PM10 levels below 100 µg/m3 are considered safe in India and 500 µg/m3 is the emergency threshold.  According to the Graded Response Action Plan (GRAP), the air quality is considered in the “severe plus” or “emergency” category if PM2.5 and PM10 levels persist above 300 µg/m3 and 500 µg/m3 for more than 48 hours. GRAP recommends measures such as a ban on construction activities, entry of trucks and car rationing scheme in such a scenario.

The Commission for Air Quality Management in the National Capital Region and Adjoining Areas on Tuesday tasked the CPCB with operationalising and monitoring GRAP measures till a mechanism is set up by the newly-constituted panel. At a meeting, the Commission also decided that in view of deteriorating air quality in the NCR region, there is a need to invoke the GRAP, which has been already notified by the central government.

GRAP, which is a set of anti-pollution measures followed in Delhi and its vicinity towns according to the severity of the situation, came into force on October 15.

An official of the India Meteorological Department (IMD) said the predominant wind direction is east-northeasterly, which is not favourable for transport of pollutants from farm fires in Punjab and Haryana. The city recorded a minimum temperature of 11.4 degrees celsius on Wednesday morning. Calm winds and low temperatures trap pollutants close to the ground, while favourable wind speed helps in their dispersion.

The central government's Air Quality Early Warning System for Delhi said, “The change in wind direction and wind speed has positively impacted air quality. It is likely to remain in the upper end of the ''very poor'' category on Thursday and deteriorate marginally on Friday.”

Delhi's ventilation index -- a product of mixing depth and average wind speed -- is likely to be around 12,500 m2/s on Wednesday, favourable for dispersion of pollutants.

The ventilation index lower than 6000 m2/s with average wind speed less than 10 kmph is unfavourable for dispersion of pollutants.