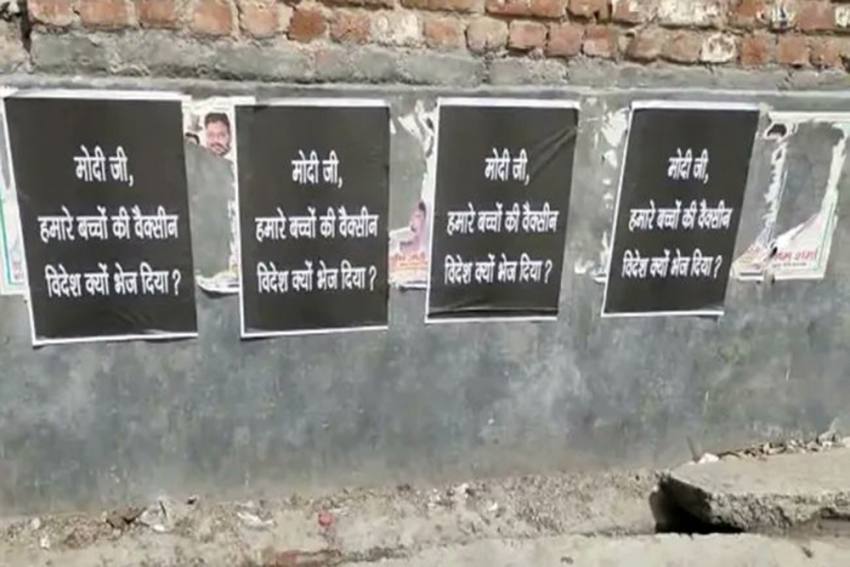 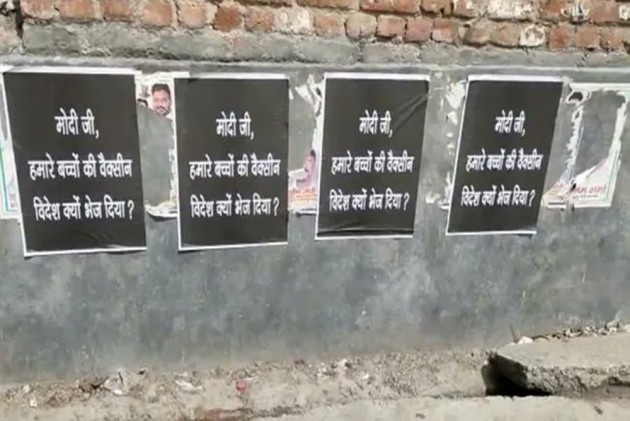 In the backdrop of the Delhi Police arresting a few people over their alleged role in pasting posters critical of Prime Minister Narendra Modi, the Aam Aadmi Party on Sunday admitted that its members had put up the said posters in various parts of the national capital.

Alleging that many AAP members had been taken into custody by the Delhi Police and that many others were being harassed by the cops, senior leader Durgesh Pathak said police action will not hinder the party from criticising the Centre. Pathak further said that AAP members will put up similar posters across the country.

"The AAP is behind these posters. I am behind the posters. Arrest me and our MLAs but do not harass poor people who paste posters for a meagre payment," Pathak said in a press conference.

The posters had criticised Modi for the shortage of Covid-19 vaccines in the country.

This development comes amid many Congress leaders running a social media campaign daring the Delhi Police to arrest them over the posters.

Led by Rahul Gandhi, many Congress leaders changed their profile pictures on Twitter with the poster asking why COVID vaccines were sent abroad.

"Arrest me too," said Gandhi in a tweet while sharing a picture of the poster, which read "Modi ji, why did you send our children's vaccines abroad".

The Delhi Police has registered 25 FIRs and arrested as many people for allegedly pasting the posters, reading "Modiji humare bachhon ki vaccine videsh kyun bhej diya (PM, why did you send vaccines meant for our children to foreign countries?)", in several parts of Delhi amid the coronavirus-induced lockdown.

The FIRs were registered under sections 188 (disobedience to order duly promulgated by public servant) of the Indian Penal Code and other relevant sections, including section 3 of the Prevention of Defacement of Property Act, across various districts of the Delhi Police, officials had said.

Defending the move, Pathak said people across the country were asking the same question and wanted to know why the prime minister and the BJP government exported crores of vaccine doses to 94 countries, including Pakistan, Afghanistan, Iran and Iraq, which could have helped save thousands of lives in India.

"People are dying across the country due to COVID and there is no space in crematoriums and corpses are being seen floating in the rivers. These lives could have been saved if vaccines were not exported," he claimed.

There is a severe vaccine shortage in the country and people spend hours looking for vaccine slots on their computers. The youth and the elderly are running from pillar to post for vaccines but it is not available, he claimed further.

"Delhi Police under the central government is registering FIRs and arresting people when they are questioning why vaccines meant for them and their children were given to other countries by the Prime Minister and the BJP government," he said.

Several AAP workers from Mongolpuri, Ghonda, Karawal Nagar, Rithala and other parts of the city have been arrested. Also nearly 500 volunteers are being "harassed" by making them sit for hours at various police stations in this connection, he charged.

“Who sold vaccines meant for our children to other countries for event management?” Sisodia tweeted on Sunday.

Earlier today, Chief Minister Arvind Kejriwal said that his government has written to the central government and two manufacturers but there was no indication of vaccine supply as yet.