Captain Deepak Sathe had survived an air crash in the early nineties while he was with the Indian Air Force. After he sustained multiple skull injuries, no one thought he would fly again. But his amazing mental strength and love for flying saw him back in the cockpit. 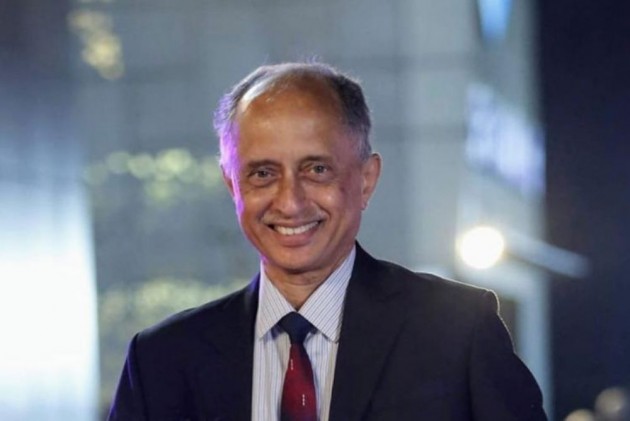 How many times have there been survivors in a major air crash like the one at Kozhikode? Eighteen people died but nearly 10 times that number survived the crash which is nothing short of a miracle and surely a tribute to the skills of the pilots who battled terrible odds.

The Captain of the ill-fated Air India aircraft, Wing Commander Deepak Sathe (Retd), had an experience of more than 10,000 flying hours on Boeing-737s. He had landed on this very runway more than 20 times. He was flying Air India Express flight IX 1344 carrying passengers from Dubai, which skidded off the runway at Kozhikode International Airport on Friday.

He would have made great efforts to ensure that the aircraft did not catch fire, burning up fuel and switching off the engine before coming in for the landing. But for these actions, the death toll in the accident could have been much higher had the fuel tank of the aircraft gone up in flames on landing.

Career in the Indian Air Force

A former Indian Air Force Test Pilot, Commander Sathe had won the President’s Gold Medal, topping his course both at the National Defence Academy (NDA) and also at the Air Force Academy (AFA) where he won the coveted Sword of Honour as the Best Flight Cadet of the 127th Pilot’s Course, or 127 PC as it was called, in June 1981. He served in the IAF for 22 years, initially flying MiG 21s for the Golden Arrows, the 17 Squadron at Ambala which was recently equipped with Rafales. He was to return to AFA later as a qualified Flight Instructor, teaching budding Air Force Pilots to fly Kirans.

He went on to become an IAF Test Pilot at the prestigious Aircraft & Systems Training Establishment (ASTE) at Bengaluru. Needless to say, being a test pilot is a job fraught with risks and the selection process is one of the toughest and most rigorous. Only the very best get through.

He had survived an air crash in the early nineties while he was still with the Indian Air Force. He was hospitalised for 6 months for multiple skull injuries and no one thought he would fly again. But his amazing mental strength and love for flying saw him back in the cockpit, doing what he loved and did best. It was a miracle brought about by sheer courage and will power.

An Officer and Gentleman

Easygoing and jovial, Captain Sathe was a good Squash player and loved to get a game whenever he could. Generous to a fault, he never shied away from helping others, going out of his way to do so. Whether it was his coursemates in their studies at the Training Establishments or young Flight Cadets whom he taught how to fly, or people generally in need of a helping hand, Deepak Sathe was always there for everyone who needed him. When asked about the 'Vande Bharat' Missions that he had been flying, he had typically replied that he was proud of bringing back his countrymen from the Arab countries who had been stranded abroad due to the COVID-19 crisis sweeping across the world.

He leaves behind his wife and two sons, both pass outs of IIT Mumbai. His parents Colonel (Retd) and Mrs Vasant Sathe live in Nagpur. His brother, late Captain Vikas Sathe, an Army officer, had laid down his life fighting terrorists in Jammu and Kashmir some years ago.

Rest in peace, braveheart! You did your best for your countrymen even in your final moments, battling a doomed aircraft, true to the Armed Forces credo of “My own safety and Welfare comes last, each and every time.”

Salute to an Officer and Gentleman!