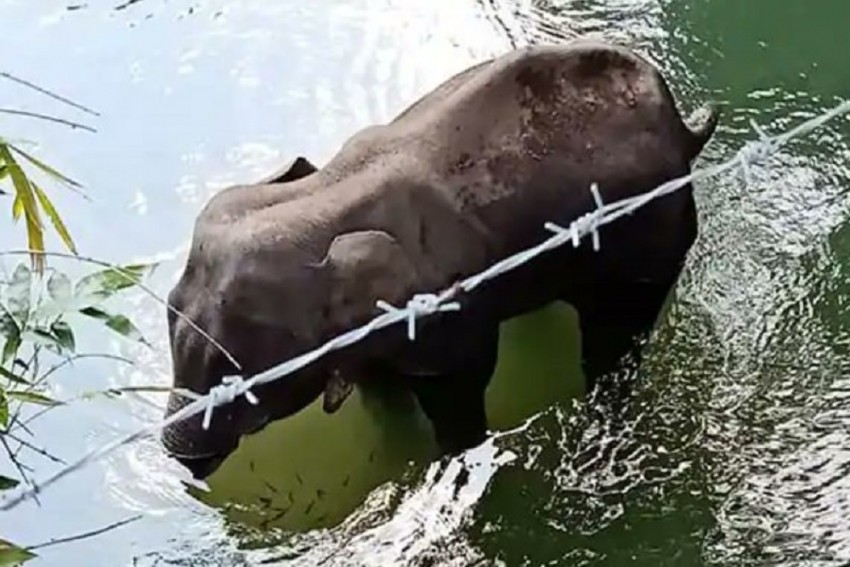 The pregnant wild elephant in Silent Valley Forest had fallen victim on May 27 after a pineapple filled with powerful crackers offered by a man exploded in her mouth.
Twitter
PTI 2020-06-04T16:37:13+05:30 Death Of Pregnant Elephant In Kerala: Probe Making 'Significant Headway', Says Forest Dept 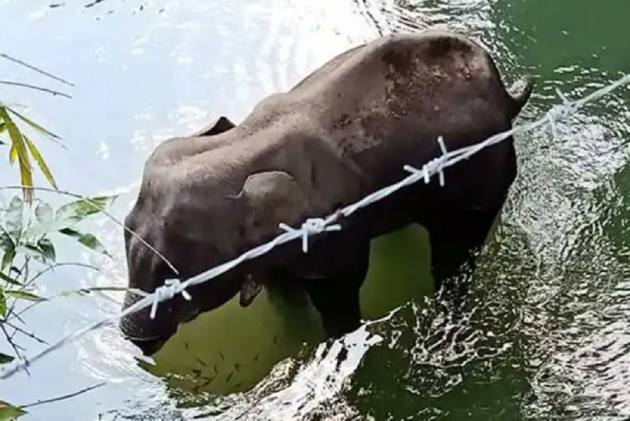 Significant headway has been made in the investigation into the recent gory death of a pregnant wild elephant in a suspected man-animal conflict in a forest area in Palakkad district in Kerala, the Forest department said on Thursday.

A Special Investigation team set up for probing the death of the elephant, which drew  widespread condemnation, was questioning several suspects, it said.

The forest department also said it would leave no stone unturned to ensure maximum punishment to the culprits.

"In the offence registered as per the sections of WL (P)A for hunting the elephant, several suspects are being interrogated. SIT formed for the purpose is making a significant headway in this regard. Forest Dept will leave no stone unturned to ensure max punishment to the offenders," the Department said in a tweet.

However, it also said there was no conclusive evidence that injury to the animal's lower jaw was caused by pineapple stuffed with cracker and this might be a possibility.

"There's no conclusive evidence that injury to lower jaw was caused by pineapple stuffed wd cracker. However this may be a possibility. Dept. has booked offence against unknown offenders, whose identity is being established," another tweet said.

ALSO READ: Kerala Elephant Tragedy: Another Jumbo Suspected To Have Been Killed By Fire Crackers In Mouth

As the incident triggered an outrage, Chief Minister Pinarayi Vijayan on Wednesday said a wildlife crime investigation team from Kozhikode has been dispatched to the place of the incident in Mannarkad Forest division in Palakkad district.

The Centre, which took serious note of the incident, has sought a report from the state.

Union Environment Minister Prakash Javadekar on Wednesday said the Centre has sought a complete report and assured stern action will be taken against the culprits involved.

"We have sought a complete report on the incident. Stern action will be taken against the culprits," he had said.

In a tweet on Thursday, the Minister condemned the incident, saying "This is not an Indian culture to feed fire crackers and kill."

"We will not leave any stone unturned to investigate properly and nab the culprit(s)," the Minister said in a tweet.

The elephant died at Velliyar River on May 27 after efforts by forest personnel to bring it to the river bank using two other trained elephants failed.

"Her jaw was broken and she was unable to eat after she chewed the pineapple and it exploded in her mouth," a senior forest official had said earlier.

The post-mortem revealed that the pachyderm was pregnant.

The pachyderm's tragic end in the Silent Valley forest came to light after Mohan Krishnan, a forest officer, posted an emotional note on his Facebook page, narrating it.

He had also posted the photos of the elephant standing in the river water.