Home  »  Website  »  National  »  Kerala Elephant Tragedy: Another Jumbo Suspected To Have Been Killed By Fire Crackers In Mouth

Kerala Elephant Tragedy: Another Jumbo Suspected To Have Been Killed By Fire Crackers In Mouth

A pregnant wild elephant had fallen victim to an act of human cruelty on May 27 after a pineapple filled with powerful crackers offered by a man exploded in her mouth when she chomped on it. 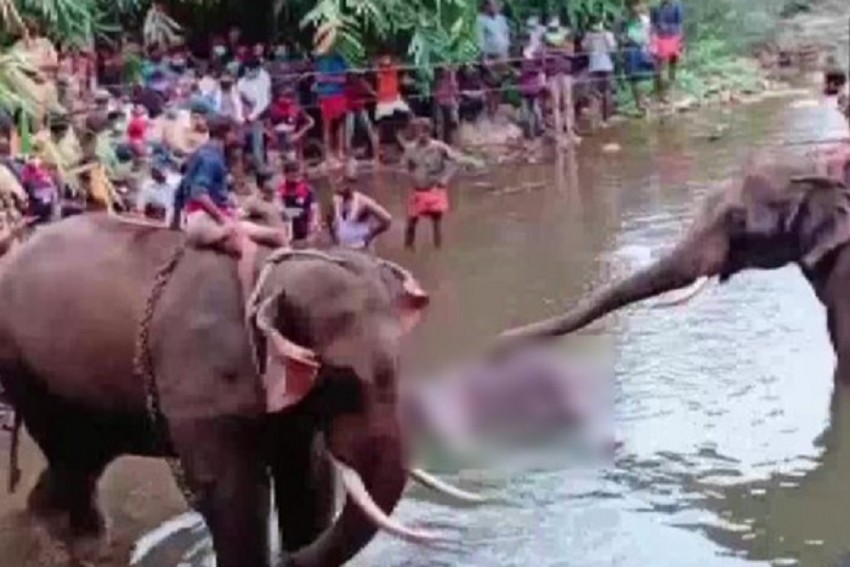 The pregnant wild elephant in Silent Valley Forest had fallen victim on May 27 after a pineapple filled with powerful crackers offered by a man exploded in her mouth.
Twitter/ANI
PTI 2020-06-03T15:08:22+05:30 Kerala Elephant Tragedy: Another Jumbo Suspected To Have Been Killed By Fire Crackers In Mouth 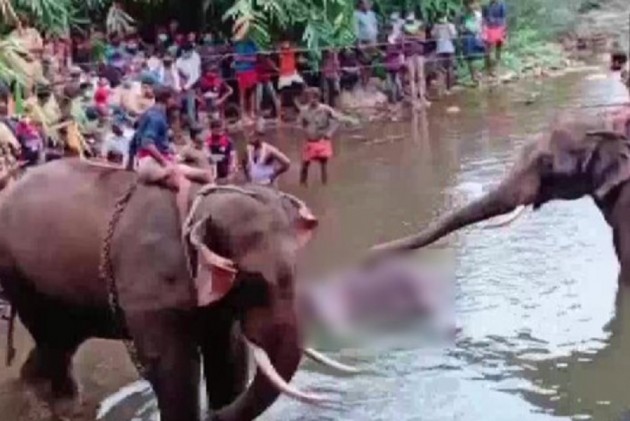 As the brutal killing of a pregnant wild elephant in Kerala led to widespread condemnation, a similar incident has came to light in Kollam district, where a young female elephant died of injuries in her mouth, a month ago.

The pregnant wild elephant in Silent Valley Forest had fallen victim to an act of human cruelty on May 27 after a pineapple filled with powerful crackers offered by a man exploded in her mouth when she chomped on it.

A top forest officer said that another female elephant had met with similar fate in April in Pathanapuram forest range area under Punalur division in Kollam district.

The officer said the elephant was found in a serious condition from the fringe areas of the forests in Pathanapuram by forest officials in the month of April.

"The pachyderm was found alienated from the herd of elephants. Its jaw was broken and it was unable to eat," the senior officer said.

"It was very weak. When the forest officials approached, the elephant ran into the forest and joined the herd of elephants waiting there. But the next day, the elephant was again found alienated from its herd. Proper treatment was given but unfortunately it succumbed to its wounds," he said.

Another official said an investigation has been launched into the incident.

"It is suspected that the elephant bit a food item filled with crackers and it exploded in her mouth. We are waiting for the postmortem report," the officer, who did not wish to be
identified, said.

Forest officials opined that investigation into such cases was very tough.

"It is very difficult to gather information in such incidents. Locating the place where they meet with such fate is not easy as the herd of wild elephants travels several kilometers a day.
'

The incident comes to the notice of forest officials after the ill fated elephants are found alienated from their herds. That too weeks later. This makes the probe tough," he said.

Meanwhile, Kerala Forest Minister K Raju said that he has sought report from the top wildlife officials about the incidents of elephant deaths.

The pregnant wild elephant in Silent Valley was unable to eat after she chewed the pineapple filled with crackers and it exploded in her mouth.

Principal Chief Conservator of Forests (Wildlife) and Chief Wildlife Warden Surendrakumar said the incident was reported from the fringe areas of the Silent Valley in Attappadi.

He said the elephant died at Velliyar River in Malappuram district on May 27.

"I have directed the forest officials to nab the culprit. We will punish him for 'hunting' the elephant," Surendrakumar said.

The issue of the pachyderm's tragic death in Silent Valley came to light after Mohan Krishnan, a forest officer, posted an emotional note on his Facebook page, narrating the death of the elephant in the waters of the Velliyar River.

He also posted the photos of the elephant standing in the river water.