Agri Minister Narendra Singh Tomar said the government is engaging with them to decide the next date of talks – deadlocked after five rounds. 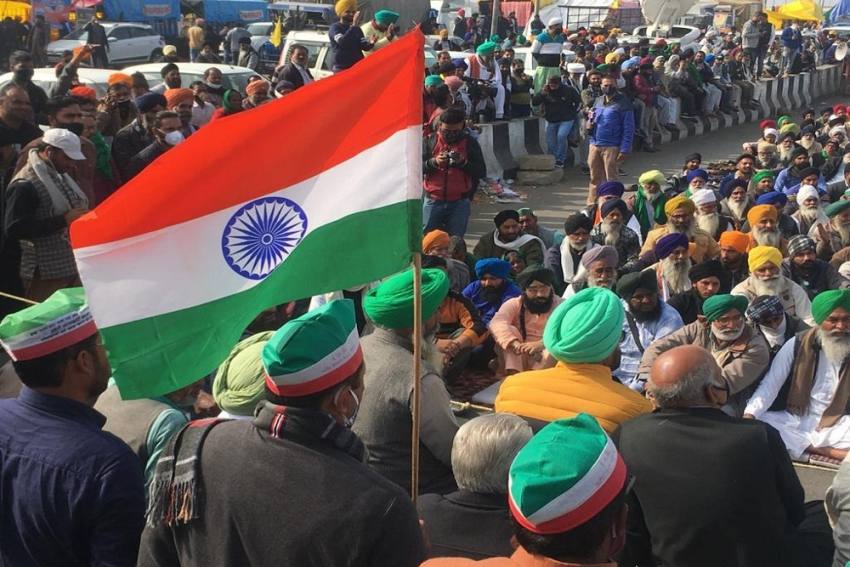 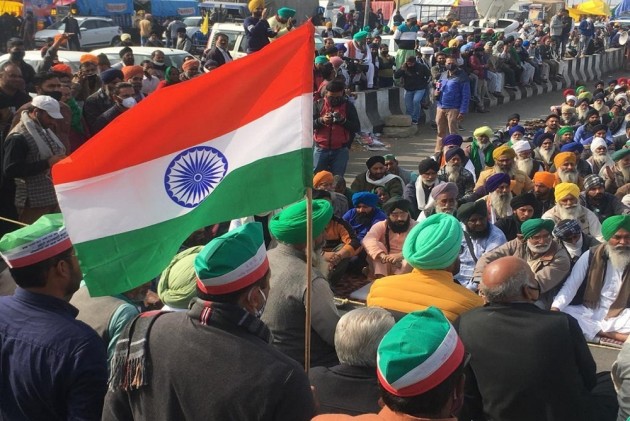 Farmer leaders on Monday went on a daylong hunger strike and their colleagues demonstrated in different parts of the country to push for a rollback of the new farm laws, as Union minister Rajnath Singh said there is no question of the government ever taking any “retrograde step” against the agriculture sector.

On Day 19 of the protest at Delhi’s border points when agriculturalists from multiple states in the north intensified their movement, particularly at Delhi’s gateways, Union Agriculture Minister Narendra Singh Tomar said the government is engaging with them to decide on the next date of talks – deadlocked after five rounds.

"The meeting will definitely happen. We are engaging with farmers," Tomar told PTI amid a flurry of meetings in the national capital to discuss the future course of action and separate groups meeting him and Defence Minister Rajnath Singh.

The government is ready for discussion anytime and farmer leaders have to "decide and convey" when they are ready for the next meeting, added Tomar, who is leading the negotiations with 40 farmer unions along with Food Minister Piyush Goyal and Minister of State for Commerce and Industries Som Parkash.

With the movement picking up pace at Delhi's doorstep, Chief Minister Arvind Kejriwal joined in the fast too, describing the legislation as "anti-farmer and anti-common man”. He joined AAP leaders, MLAs and volunteers at the party office for the hunger strike. Keeping the door open for negotiations, Rajnath Singh described agriculture as a “mother sector” and also said the government is always willing to listen to farmers. Addressing the annual general meeting of industry chamber FICCI, Singh said the recent reforms were undertaken with the best interests of farmers in mind.

"There is no question of taking retrograde steps against our agricultural sector ever… We are, however, always willing to listen to our farmer brothers, allay their misgivings and provide them with assurances," he said.

Farmers did not appear to be mollified.

As leaders of 32 unions went on a hunger strike from 8 am to 5 pm at the Singhu border, ground zero of the snowballing protests, hundreds blocked highways from Punjab, Haryana and Rajasthan leading to Delhi and thousands more dug in their heels at the various protest sites. Undeterred by the cold, protesters at Tikri, Ghazipur and Singhu said they were determined not to yield until their demand was met.

Farmer unions said demonstrations were held at district headquarters across the country to push for a repeal of the laws. A farmer leader claimed district-level protests were held in various states, including Tamil Nadu, Andhra Pradesh, Telangana, Odisha, Maharashtra, Madhya Pradesh, Uttar Pradesh, Uttarakhand and Bihar.

"We wanted to send out a strong message to the government that it is not just an agitation by Punjab farmers but also an agitation of farmers from across the nation,” said Shiv Kumar Kakka, one of those who went on a nine-hour hunger strike at Singhu, the main access point into the city from Punjab.

As night fell over the stretch of road that is now a vast protest ground and people shouted slogans, held up placards and torches, another farmer leader, Harender Singh Lakhowal, said the message of the fast was that the nation’s ‘annadata’, food provider, was today sitting hungry.

With more farmers, especially women, planning to join in the agitation, the farmers are now looking for vacant or incomplete buildings as temporary accommodation.

According to the United Farmers' Front, leaders also observed a two minute-silence on stage over alleged deaths of more than 20 farmers at Delhi’s borders in the last 18 days.

Another leader said tens of thousands of farmers are moving towards Delhi from not just Punjab, Haryana and Rajasthan but also from Uttar Pradesh and Uttarakhand.

“Our numbers are swelling,” he said.

Away from the main sites, sit-in demonstrations were held at multiple highway stretches, some places echoing with slogans and songs to keep spirits high. Security personnel stepped up their vigil. And farmers raised slogans outside the offices of district commissioners, taking out marches across Punjab and Haryana in response to the nationwide call given by their unions.

Memorandums were submitted to the Centre through the deputy commissioners at other places in Haryana, demanding the scrapping of the new laws.

In Uttar Pradesh, the Samajwadi Party held demonstrations backing the farmers and clashed with police at various places in Uttar Pradesh. Several party leaders and workers, including women, were taken in custody in various districts of the state.

As the stir, driven by farmers in Punjab, escalated, efforts were on to build a counter-movement in favour of the farm laws. A delegation of BJP leaders from Punjab called on senior party leader Rajnath Singh to deliberate on the issue. And a team from the Haryana BJP met Agriculture Minister Tomar.

The delegation from Punjab comprised state BJP chief Ashwani Sharma and Union minister Som Prakash along with state party leaders, including Surjit Jyani and Harjeet Grewal. They are believed to have discussed the ongoing agitation and also apprised Singh about the ground situation in the state.

In Madhya Pradesh, too, state Agriculture Minister Kamal Patel said the BJP will organise meetings of farmers in various divisions to dispel "misconceptions" about the Centre's new farm laws.

Enacted in September, the three farm laws have been projected by the Centre as major reforms in the agriculture sector that will remove the middlemen and allow farmers to sell anywhere in the country.

However, the many thousands of farmers protesting at Delhi borders have expressed apprehension will pave the way for eliminating the minimum support price (MSP) cushion and do away with the mandis, leaving them at the mercy of big corporates.