Under its impact, the coastal districts of Gangetic West Bengal, including North and South 24 Parganas, Kolkata, East and West Midnapore, Howrah and Hooghly will experience heavy to very heavy rain on May 19 and 20. 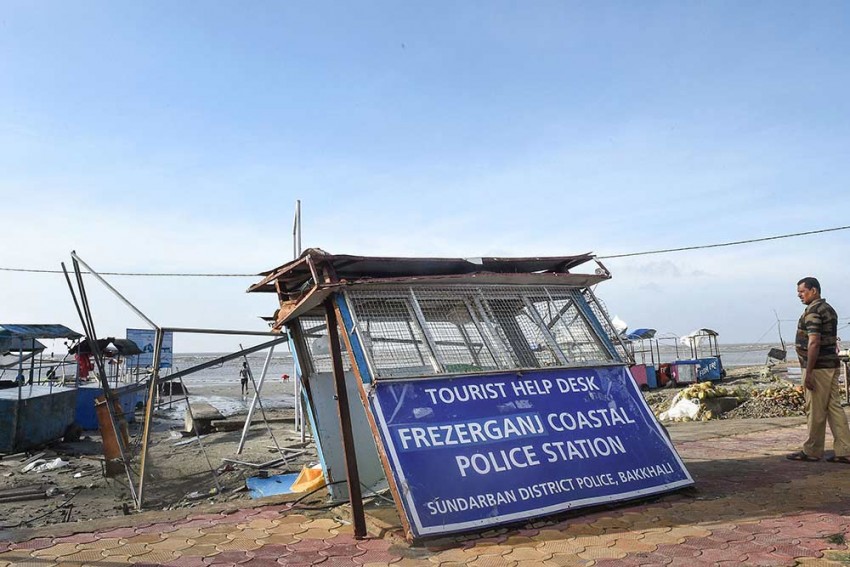 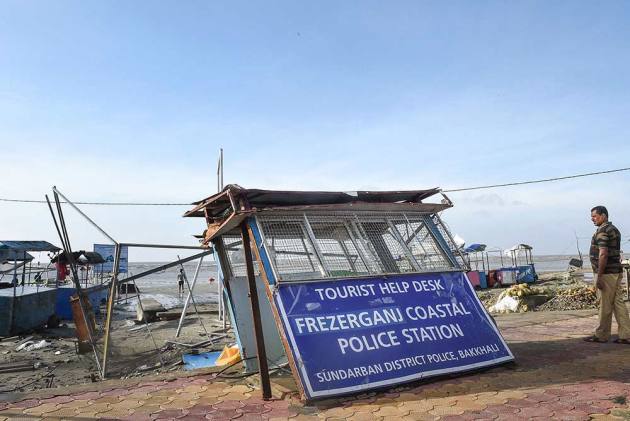 As a storm brews in the Bay of Bengal, the Odisha government urged the Centre to temporarily suspend running of 'Shramik Special' trains to the state's coastal districts in view of the impending cyclone that is likely to intensify from Sunday, official said.

The cyclonic storm lay 1,220 km south-southwest of Digha in West Bengal on Saturday morning, and is likely to bring heavy to very heavy rain in the coastal districts of West Bengal and Odisha from May 19, the Met office said.

The request was made by Chief Secretary A K Tripathy on Saturday during a video conference with Cabinet Secretary Rajiv Gauba.

"We have urged the Centre to suspend running of Sharmik Special trains for 3-4 days as it may create problems for administration as well as the passengers amidst the cyclone," Special Relief Commissioner (SRC), P K Jena, said.

Thanking the Centre for running special trains to ferry stranded migrant workers, Jena said the impending situation could create problems in receiving the passengers and taking them to quarantine centres as per the COVID-19 guidelines.

"We want the Shramik Special trains to be suspended only for a temporary period in view of the cyclone situation and not a complete halt to their operation," Jena said while replying to a question.

Jena explained that the passengers who come to Odisha by other Shramik Special trains to the western and the southern regions of the state will have to remain in quarantine centres on their arrival and later be shifted to their native places after the cyclone is over.

Jena, however, did not say anything about the other trains scheduled to reach the coastal region between May 17 and 20 when the cyclone is likely to make impact.

In West Bengal, the coastal districts of Gangetic West Bengal, including North and South 24 Parganas, Kolkata, East and West Midnapore, Howrah and Hooghly are likely to experience
heavy to very heavy rain on May 19 and 20.

Fishermen have been advised not to venture into north Bay of Bengal along and off West Bengal-Odisha coasts from May 18 to 21, and those who are out in the sea were asked to
return to coasts by May 17.

Of the 12 districts in Odisha, the state government, as per the forecast of the India Meteorological Department (IMD), has identified the four districts of Jagatsinghpur, Kendrapara, Balasore and Bhadrak as prone to the impending cyclone, which is likely to impact the state between May 18 and 20.

Sources in the chief secretary's office said the cabinet secretary has assured the state all assistance like use of chopper, deployment of the National Disaster Response Force (NDRF), Coast Guard and others whenever necessary.

"As per the predicted path of the cyclone till now, around seven lakh people in 649 villages along the sea coast are likely to be severely affected.

"The standing crop in lakh hectare particularly, ripe summer paddy, pulses and oil seeds, cashew, mango, coconuts and vegetables are likely to be damaged in the heavy rainfall and wind," Tripathy informed in the video conference.