Earlier in the day, Chief Minister Jai Ram Thakur had provided a government helicopter to bring Virbhadra Singh back to Shimla. 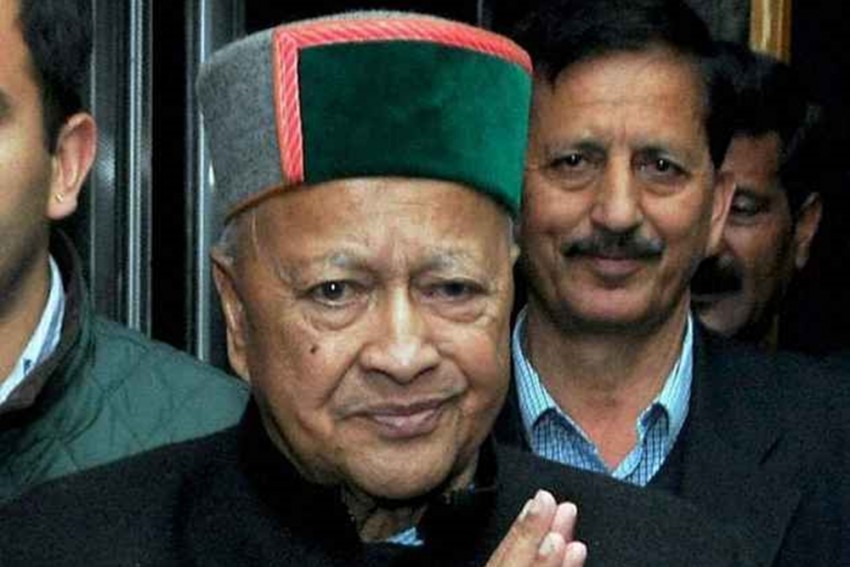 Senior medical superintendent at IGMC Dr Janak Raj said, “The cardiology department is closely monitoring his condition and all help will be extended to provide medical care to the former chief minister. His condition is stable so far.”

Earlier in the day, Chief Minister Jai Ram Thakur had provided state government helicopter to bring Virbhadra Singh back from Max Hospital Mohali (Chandigarh) where he was admitted for Covid treatment.

Bawa Hardeep Singh, a former vice-chairman of Construction Workers Board and Virbhadra Singh’s die-hard supporter, also uploaded a video of the helicopter landing at Annandale group carrying the former chief minister to Shimla after his Covid recovery.

The chief minister also drove to IGMC Hospital and enquired about his health in the CCU ward. He also held a meeting with top doctors and cardiologists who were attending to Virbhadra Singh.

Later, Thakur tweeted praying for the good health of the veteran Congress leader and wished him well.

Many BJP leaders commended Thakur's decision to offer a government chopper to fly the former chief minister to his home at Shimla.

Virbhadra Singh, who is fondly called “Raja Sahib”, one of the seniormost Congress leaders in the country had served Himachal Pradesh six times as chief minister, besides being a Union minister in the Dr Manmohan Singh ministry in UPA-II and earlier also with Indira Gandhi.

He had not been keeping well for quite some time though he never lost contact with the masses, his constituency Arki (Solan), and party MLAs and leaders.