In an effort to mitigate the severe criticism that the Centre has been facing since the onset of the second Covid wave, Sangh cadres have been on the ground carrying out relief activities 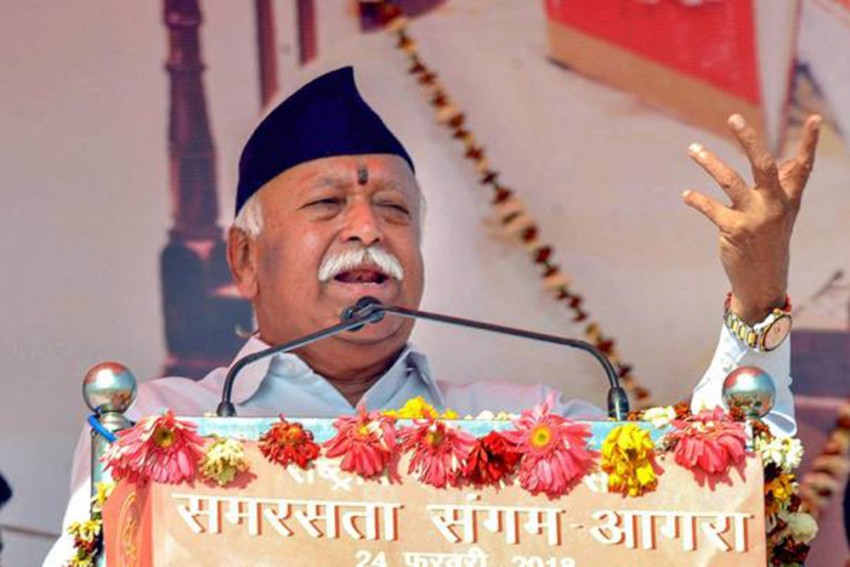 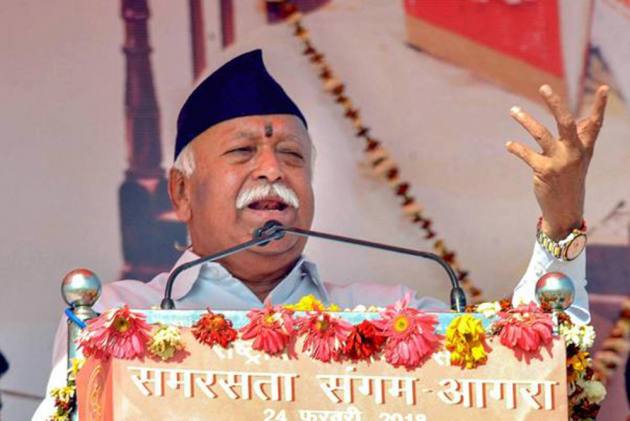 Rashtriya Swayamsewak Sangh (RSS) chief Mohan Bhagwat is known to be a pragmatic man. He knows when to put out his displeasure with the working of the Narendra Modi-led government in public and when to handle things behind closed doors.

He is also not known to be a great fan of social media and the way the BJP uses it for propaganda and trolling opponents. It is not a surprise that though the Sangh chief has a Twitter account, with a decent following of 2.4 lakh users, he has not put out even a single tweet since he joined the platform two years ago. He is known to rely on feedback from the cadres working at the grass-roots in the country. And the RSS cadres are reporting massive loss of support for the government from across the country due to its mismanagement in handling of the second Covid wave.

When Bhagwat, while addressing the concluding lecture in the ‘Positivity Unlimited’ series on May 15, called out the government for negligence following the first wave of Covid-19 – along with the administration and the public at large – he knew there was no way he could offer any credible defence with the crumbling healthcare system. It was a call for action to the government to be prepared for the third wave that the scientific community has been flagging after the deadly second wave.

The Sangh cadres have already been activated on ground to help the people in these testing times. The effort is to try and mitigate the severe criticism that the government has come under in failing to prepare for the second. The BJP has cranked up its social media machinery to shift the narrative towards “positivity and proactive approach”.

Inept handling of the Covid-19 second wave by the government has been rankling some sections of the Sangh parivar though they have refrained from making public statements. However, a prominent section within the RSS continues to believe that a “positive spin” is required. A senior RSS leader, known to be close to PM Modi, is even believed to have gotten in touch with some influential people in the film industry, asking them to amplify the positive things that the government is doing -- “the vaccine drive, the recoveries among patients, imports of essential medical equipment and drugs on a war-footing”. He is also known to have asked them to talk to their contacts overseas and ask them to do the same.

However, it is evident that Bhagwat prefers the middle way. In his lecture, while he did not desist in putting the blame, albeit partial, at the government’s door, he also preached the positivity mantra. He stressed on being prepared and having the right attitude to fight and win against the virus in the third wave. “The RSS chief could not be seen as turning a blind eye and condoning what is obvious. But then it has to be a tightrope walk. Not coming out and endorsing the government’s efforts could also backfire as it would be seen as a vote of no-confidence,” says a senior RSS functionary.

The saffron fountainhead has generally kept its criticism of the government away from the public gaze, conveying its views through the General Secretary (Organisation) – presently B.L. Santhosh -- who serves as the link between the BJP and the RSS. The rare occasions when the Sangh has actually offered public comments on the government’s policies include demonetisation. After much internal debate, the RSS had issued a statement calling the Prime Minister’s decision “a noble endeavour” and asking the “patriotic people of Bharat” to cooperate with the government, “irrespective of the temporary but unavoidable inconvenience being caused”.

Covid-19 is not like demonetisation. “The government got away by giving a spin to notebandi but in case of the pandemic, the more spin it tries to give, the worse it will be for optics,” the RSS leader adds.