A special court in Mumbai on Friday denied bail to Rhea Chakraborty and her brother Showik, who were arrested by the Narcotics Central Bureau (NCB) in connection with a drugs-related case pertaining to the late Bollywood actor Sushant Singh Rajput.

Issuing a statement soon after the court order, the actress' advocate Satish Maneshinde has said that his side will "decide next week on the course of action with regards to approaching the Bombay High Court."

Their bail applications were rejected by judge G B Gurao of the Special court. The cases were filed under the Narcotic Drugs and Psychotropic Substances (NDPS) Act. The court also rejected the bail pleas of four other accused in the case. Special Public Prosecutor Atul Sarpande had opposed their bail claiming that Rhea and her brother financed and arranged drugs. The actress is expected to move High Court. 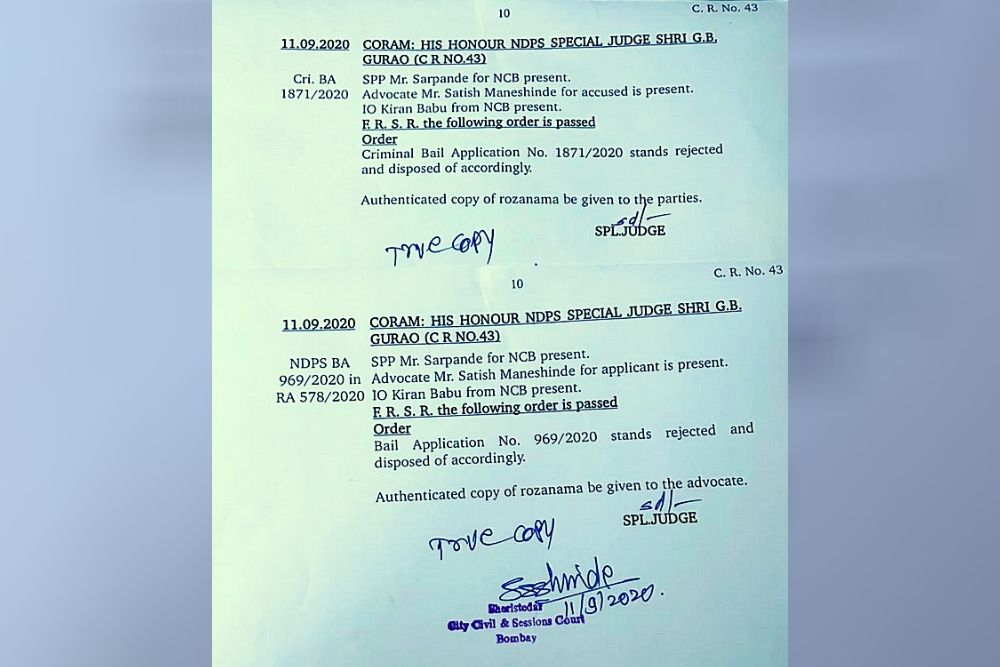 Rhea, who was arrested by the NCB on Tuesday after three days of questioning, is currently in judicial custody. Showik and Rajput's house manager Samuel Miranda were also arrested by the agency last week.

The NCB is probing the drug angle in this case under criminal sections of the NDPS Act after the Enforcement Directorate (ED) shared a report following the cloning of two mobile phones that reportedly belong to Rhea.