Two of the six died at the Gandhi Hospital, one each in two private hospitals, and one each in Nizamabad and Gadwal towns, the statement said, without mentioning the time of their deaths. 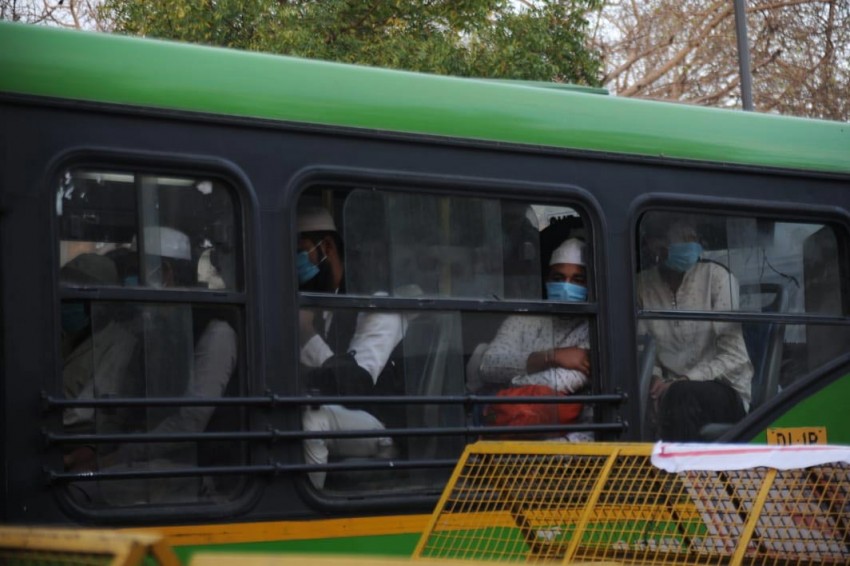 COVID-19 suspects from Nizamuddin Dargah area, are being taken to quarantine facility in Delhi.
Jitender Gupta/Outlook
PTI March 31, 2020 00:00 IST Six People Who Attended Religious Congregation In Delhi Die Due To Coronavirus In Telengana 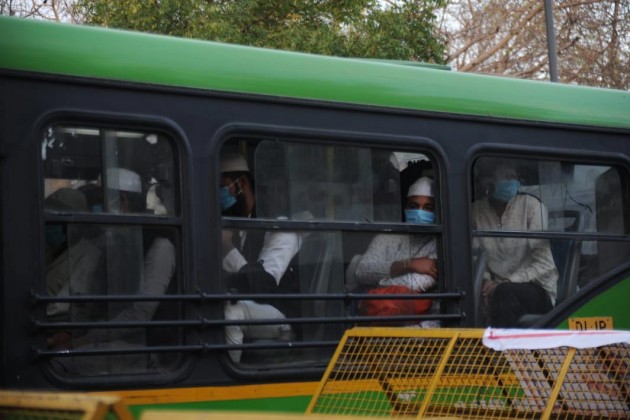 Six people from Telangana who attended a religious congregation in Delhi's Nizamuddin died due to the novel coronavirus, the state government said on Monday.

"Coronavirus has spread among some of those who attended a religious prayer meeting from March 13 to 15 at Markaz in Nizamuddin area in Delhi," according to an official release. "Among those who attended were some persons from Telangana."

Two of the six died at the Gandhi Hospital, one each in two private hospitals, and one each in Nizamabad and Gadwal towns, the statement said, without mentioning the time of their deaths.

The special teams under the collectors have identified the persons who came in contact with the deceased and they are shifted to the hospitals, it said.

Police and paramilitary personnel cordoned off a major area in Nizamuddin West in south Delhi on Monday and over 200 people have been kept in isolation in hospitals after several people who took part in a religious congregation there showed symptoms of coronavirus.

The Telagana government asked those who participated in the prayers to inform the authorities. It will conduct tests and offer treatment to them free of cost, according to the release.

The government also requested the people to alert if they come to know about those who participated in the prayers.

Earlier a separate government release said a person died of COVID-19 in Telangana, taking the toll to two and the total number touched 77 after six fresh cases were reported on Monday.

As many as 13 patients who underwent treatment for the virus were discharged on Monday, a media bulletin on COVID-19 issued by the state government said.

A techie, the first COVID-19 case in Telangana, has been discharged recently. The state now has 61 active cases, the bulletin said.

Chief Minister K Chandrashekar Rao had on Sunday said barring a 76-year-old person, who had other ailments, the other patients were doing well.

Rao had said 25,937 people were under surveillance and being watched by 5,746 teams and they would be out of watch after completing their mandated 14-day quarantine period. He had said all those who are under observation would be out of vigil by April 7 if there are no fresh suspected cases.

"From March 30, their time is nearing completion. After that, they do not need to be under any surveillance. By April 7, we will have a situation of zero... We pray God that we should not get new cases," Rao had said.