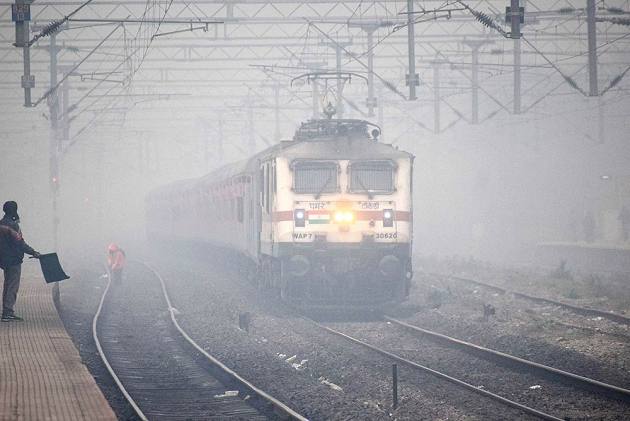 Out of all the passenger trains in the country, one particular train which runs between Bhatinda and Bikaner, is a lifeline for hundreds of cancer patients of Malwa region of Punjab.

Popularly known as the cancer train, its 30 per cent of total daily passengers are cancer patients who travel to Bikaner for treatment in Acharya Tulsi Regional Cancer Hospital and Research Centre.

Since the suspension of all the passenger trains due to lockdown till April 14 in the wake of coronavirus outbreak, the cancer train too has been temporarily stopped causing a nightmare to patients.

“Out of six cycles of chemotherapy, I have received two and I was supposed to go to the hospital for the third one but I couldn’t go,” Vaneeta, a cancer patient from Sangrur, said.

Surinder Duggal, President of Punjab Chemist Association, says that he has received over a dozen calls from patients who asked him what to do with their medicines.

“All of them were worried about the remaining course of chemotherapy and treatment. They are missing their medicines which can deteriorate their health conditions,” Duggal said.

He added, “I have advised them to get in touch with the Chief Medical Officer of their district.”

Studies by Punjab government has revealed that Malwa region, which constitutes eleven districts with popular places such as Bathinda, Mansa, Ludhiana, Moga, Sangrur, Fazilka etc, has the highest average of 136 cancer patients per one lakh people which is above the national average of 80 per lakh.

Known as the cotton belt of Punjab, studies have suggested the overuse of pesticides as one of the prominent reason for all types of cancer among the residents.

Medical experts say that earlier the number of cancer patients who used to travel to Bikaner was very high due to non-availability of any cancer hospital in the region and expensive treatment in other hospitals in Punjab.

However, since the opening up of the Homi Bhabha Cancer Hospital and Research Centre in Sangrur and other private hospitals in the region, a lot of patients get treated in the Malwa region itself.

Besides, senior doctors in the state health department also said that the Punjab government announced two financial assistance schemes, which cover the cost of treatment to a great extent. All these initiatives have reduced the footfall to Bikaner in the past few years, they say.

However, Dr M.R. Bardia, Director of Acharya Tulsi Cancer Institute, says that despite all these measures taken by the government, dozens of patients still to the hospital daily as treatment is far cheaper.

Highlighting the problem of patients, Bardia said that due to coronavirus, all OPD services have been suspended and only cancer patients with emergency needs are being treated.

“Our treatment capacity has shrunk as we have dedicated our resources for Coronavirus infected patients. We still admit those patients who manage to come to us by their own vehicle,” he said.