The Nitish government apparently has no idea as to how many of these migrants have chosen to come back home but there are some figures available, which point towards the magnitude of the problem. 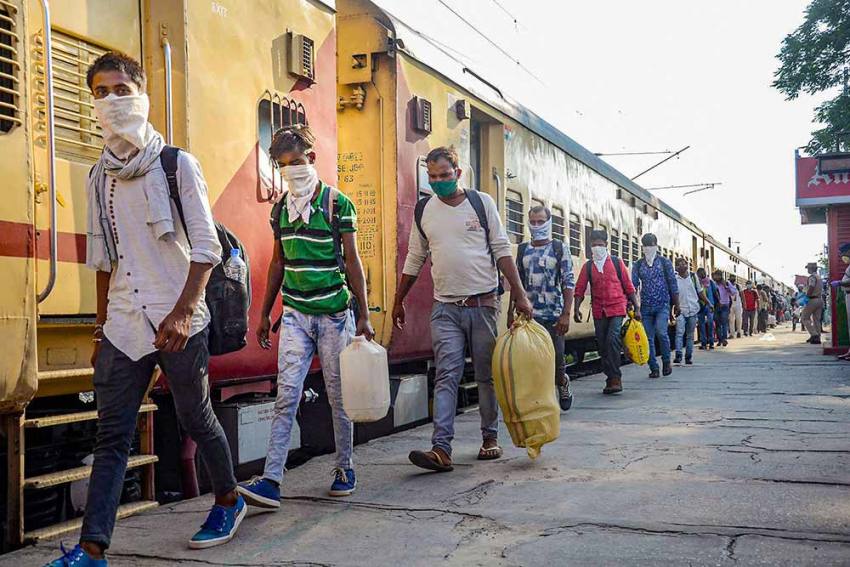 Migrants, arriving by a special train from Godhra in Gujarat, prepare to leave the Danapur Railway Station for their native places, amid ongoing COVID-19 lockdown, in Patna.
PTI Photo
Giridhar Jha 2020-05-12T14:51:43+05:30 Bihar Stares At Monumental Crisis As Lakhs Of Migrants Return Home 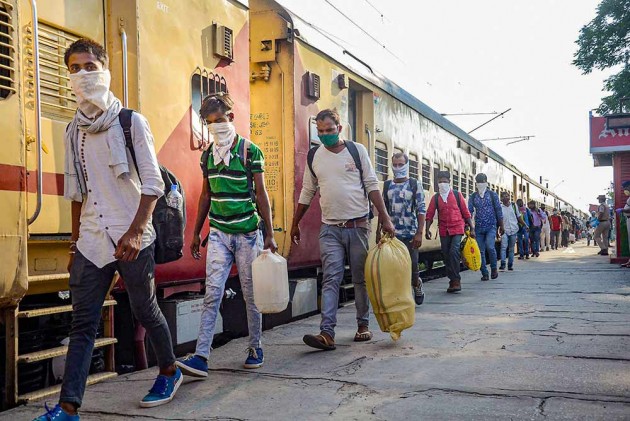 With the resumption of train services from May 12, a monumental crisis appears to be staring Bihar in the face; the largest exporter of unskilled workforce in the country.

Thousands of its migrants, working in different parts of the country, have started returning home in the wake of the Coronavirus outbreak. But now, a huge surge of people from across the country, including Corona hotspots like Maharashtra, Gujarat, Delhi and Tamil Nadu, is set to storm the state in next few days, making the threat of the explosion of COVID-positive cases a real possibility.

There is little surprise then that Bihar Chief Minister Nitish Kumar wants the lockdown to be expected at least till the end of May. “The lockdown should be extended till the end of this month to make it convenient for us to handle the people coming from outside,” Nitish suggested while participating in a video conference with Prime Minister Narendra Modi on Monday. “It will help us identify the infected people and save others from getting infected.”

As of now, Bihar -- whose healthcare infrastructure leaves much to be desired -- has recorded more than 700 COVID-positive cases, out of which only six patients have died. Compared to other states such as Maharashtra, where coronavirus cases have witnessed an alarming high, Bihar’s numbers might be low but a fresh exodus of migrants from other cities seems to have created a really scary situation. According to a conservative estimate, more than 30 lakh Bihari migrants are scattered across the country, from Srinagar in the north to Kanyakumari in the south.

The Nitish government apparently has no idea as to how many of these migrants have chosen to come back home but there are some figures available, which point towards the magnitude of the problem. Until May 10, 1.14 lakh people had already returned to Bihar through 96 special trains which were run by the railways to bring back stranded labourers and students. Between May 11 and May 17, 2.5 lakh others are expected to reach the state. Nitish fears that it will automatically lead to a sharp spike in the number of COVID-19 cases.

The state, therefore, needs to equip itself with all necessary resources, including adequate testing kits to deal with the unprecedented reverse migration in times of a global pandemic. As far as tests are concerned, the Bihar government is able to do a sampling of only 1,800 people in a day, though it now seeks to increase the number to 10,000 a day. In a random testing of 1,900 returnees before May 10, 148 had been found to be positive cases. Also, migrants have already added substantially to the total number of positive cases in the state.

Since Bihar happens to send one of the biggest contingents of migrant labour force, it is expected to witness reverse migration on a far bigger scale than any other state, including the adjoining Uttar Pradesh. In fact, it witnessed the return of more than 2 lakh migrants before any other state, within the first few days of lockdown. With all avenues of daily employment suddenly coming to a halt, migrants have been returning to Bihar with or without the availability of any regular means of transportation. Many of them, along with their family members, in fact, walked hundreds of miles for days to return home.

The Bihar government has set up hundreds of quarantine centres at the panchayat and block levels to quarantine the people returning from far-off places but it is already finding it a touch task to keep them there for a minimum of 14 days. There have been reports of people fleeing from quarantine centres -- many accusing the state government of providing no amenities. It has raised a big question over how the government will handle the arrival of the fresh rounds of teeming migrants, who will now be coming back every day after the resumption of train services.

Nitish has, of course, reassured the migrants that his government is committed to taking care of each of them but it may not be an easy task, with the limited number of resources at his disposal to deal with such a gigantic calamity.