Corona Warriors: How Indian Army Is Contributing To Battle Against COVID-19

From evacuating stranded Indians from foreign countries in the middle of the pandemic to setting up quarantine facilities and distributing essential items, the Army has continuously been at the frontline. 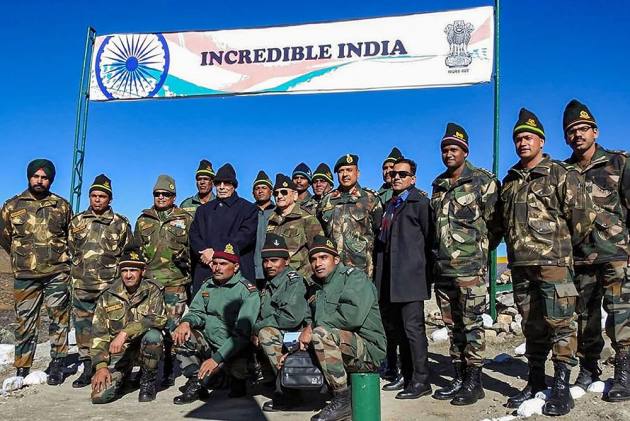 Besides healthcare workers and state police forces, the Indian Army has been in a proactive role at the forefront of fighting COVID-19 and providing assistance in various key areas across the country and beyond. From evacuating stranded Indians from foreign countries in the midst of the pandemic to setting up quarantine facilities and distributing essential items, the Army has led the task.

Evacuations and Lodging at Quarantine Facilities:

March 15: 236 Indian citizens evacuated from Iran and quarantined at Jaisalmer Army Wellness Facility, the army’s largest such facility. Out of these, 19 were COVID positive and were admitted at AIIMS Jodhpur. Nine of them have since recovered. Nearly two battalion strength of troops vacated their living accommodation to assist in establishing these national-level facilities for the people of India.

March 16: 53 Indian citizens evacuated from Iran and quarantined at Jaisalmer Army Wellness Facility. Three of them tested COVID positive and were admitted to AIIMS Jodhpur.

Mar 18: 195 Indian citizens evacuated from Iran and quarantined at Jaisalmer Army Wellness Facility. 22 of them tested COVID positive and were admitted to AIIMS Jodhpur.

Three dedicated COVID hospitals for civilians with a total capacity of 490 (extendable to 590) to be set up by April 20 at Barrackpore, Shillong and Likabali.

As many as 1200 Battlefield Nursing Assistants trained to augment medical resources at 300 per Corps.

Seven COVID response teams with personnel from Engineers and Army Medical Corps.
Decontamination operations being carried out at Tawang, in Arunachal Pradesh, which borders China.

Around 1000 masks and 30 personal protective sets being manufactured each day by Regional Ordnance Depots for hospitals in the entire Eastern Command Theatre.

Two doctors and two paramedics were initially sent to Narela isolation camp to assist civil medical set up. Process of taking over of complete screening facility by Army commenced from April 7. Its current strength is four Medical officers and 18 support staff.

Multi-pronged campaign to reach out to people in remote and rural areas of J&K and educate and assist them.

Medicines and medical equipment being provided to the Nepal government.

Other Medical teams are on standby for deployment to Sri Lanka, Bangladesh, Bhutan and Afghanistan.