We need to take our struggle to the streets, says Gujarat Congress working president Hardik Patel after a drubbing in the civic polls 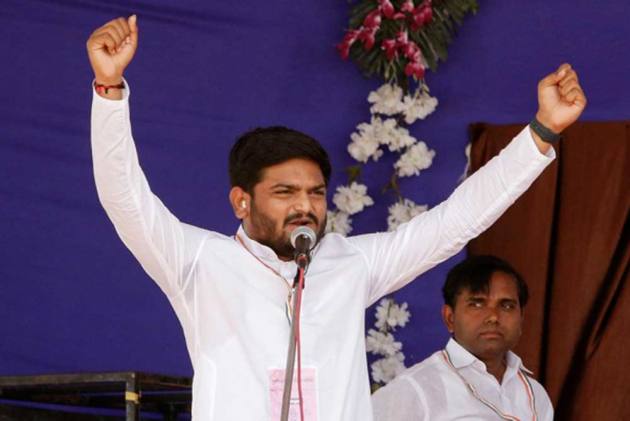 A day after the debilitating defeat in the Gujarat civic election, state Congress working president Hardik Patel said that the party needs to work aggressively to make itself relevant in the state. Excerpts from the interview:

Q) Congress has suffered a massive drubbing in the local body elections. What went wrong for the party after securing an impressive win in the 2015 civic elections and 2017 Assembly polls?

The BJP bit the dust in the 2015 local body elections solely because of the Patidar agitation led by me under Patidar Anamat Andolan Samiti (PAAS). After six years, the Congress’s defeat shows that we failed to work as an effective Opposition. There will be a lot of introspection now. I feel that our attack against the ruling BJP government shouldn’t be limited to the Assembly or media. There is public anger against the BJP but we failed to take advantage of it. We need to take our struggle to the streets. If we examine the vote share, there is not much difference between the BJP and Congress. The presence of parties like AIMIM and AAP also worked against us.

Q) You had joined Congress two years ago. You have been saying that the party hasn’t used your skills effectively. Was your opinion considered by the party?

I felt that my potential wasn’t utilised by the party though I have been working relentlessly since I joined. Not only me, but every single party worker should also be constructively utilised. I express my opinions openly and I am not crossing the party line here. It is not important whether the party recognize my opinions or not. I am not here to contest and win elections. I was in jail for months after the Patidar agitation and I cannot contest elections too. I want the party to engage me with more work.

Q) Will you stay with the Congress?

My motto is to serve the people and I will stay with the Congress. I fought for reservation and implemented 10 per cent reservation in the state, and lakhs of young people benefitted from our agitation. I was only 23 and wasn’t part of any political party then.

Q) Does the Congress need to change its strategy in attacking the BJP as the state is going for Assembly polls next year?

The party has to take people into confidence and convince them that we are fighting on their behalf. Unemployment is one of the pressing issues youth faces now. We need to be aggressively addressing such issues and hit the road. It can’t be achieved by one or two individuals. All party leaders have to recognise it and come on board. We have to put in 100 per cent so that people will repose faith in us.

Q) Is infighting in the state unit a reason for the party’s debacle?

I am not the president of the state unit to comment on this. As a working president, I have a limited role. I am only focusing on strengthening the party.

Q) Do young leaders get due recognition in the party?

I have no grouse against Rahul Gandhi, Priyanka Gandhi, or any other leader. Young leaders are given their due in the party. But, different states have different problems. Problems exist everywhere. I follow the ideals of Mahatma Gandhi and Jawaharlal Nehru and work towards it.

Q) Congress seems to be in dire straits ahead of Assembly elections in five states. Congress MLAs have been crossing over to the BJP in Gujarat and other states as well. Do you get disgruntled by this?

As party workers, we have seen ups and downs in all these years. We don’t get buoyed by big wins or lose heart in a drubbing. Everyone knows that BJP is shopping for MLAs as Assembly elections are round the corner. The government doesn’t pay heed to lakhs of farmers, who are protesting on the borders.

Q) The Congress leadership seems to be divided with dissenters going public with their differences.

The party is going through a difficult phase now. This is the time for everyone to come together to strengthen the party. It’s not desirable to indulge in shadow boxing at this juncture. There may be problems, but we need to solve it within the party.

Q) The BJP is buoyed by the massive win which gave the upper hand in cities as well as villages in the state.

Q) Senior Congress leaders have quit after the results.Many say that the party even failed to capitalise on the farmer agitation.

The truth is that we don’t get permission to hold rallies or protests in the state. They indiscriminately arrest people for holding protests. The state government ensures that our voice doesn’t reach the people.