Anand Sharma is the deputy leader of the Congress in Rajya Sabha and heads the Parliamentary Standing Committee on Home Affairs. 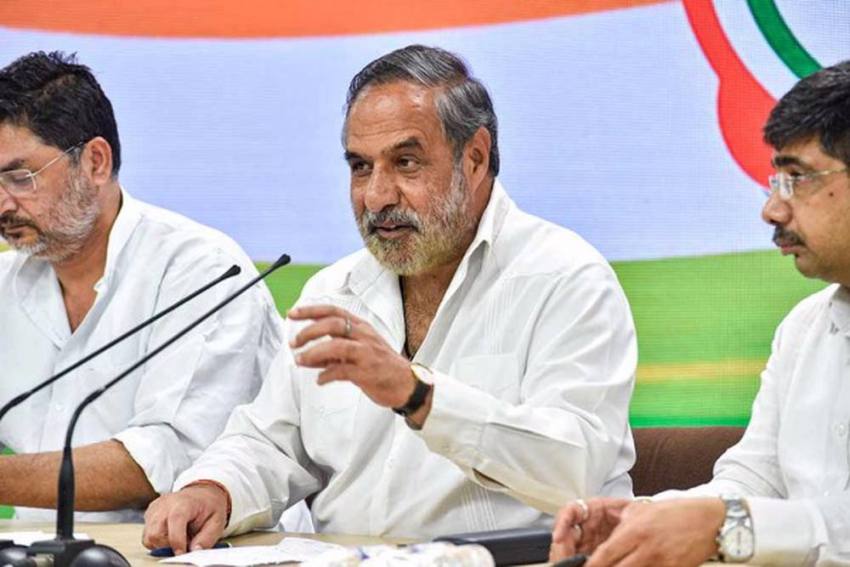 Senior Congress leader Anand Sharma (68), who was admitted to the Apollo Hospital in Delhi late last night, has tested positive for Covid-19 and has been shifted to the Medanta Hospital in Gurgaon, sources said Tuesday.

Sharma is a former Union minister and a key member of the 'group of 23' Congress leaders who had written to party chief Sonia Gandhi earlier this year seeking an organisational overhaul.

He is also the deputy leader of the Congress in Rajya Sabha and heads the Parliamentary Standing Committee on Home Affairs.

Among other party leaders who have tested positive for coronavirus, former prime minister Manmohan Singh is admitted to AIIMS Delhi, while Bhupinder Singh Hooda and Randeep Surjewala are being treated at the Medanta Hospital in Gurgaon.