Prime Minister Narendra Modi said a defence corridor in Tamil Nadu will bring industry and investment options and opportunities for the State's youth. 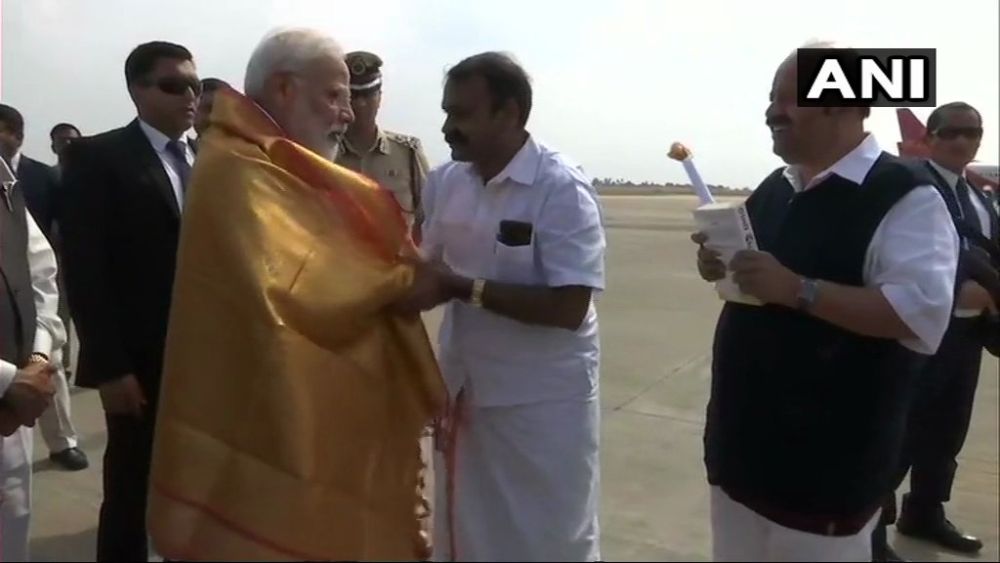 Prime Minister Narendra Modi on Sunday lashed out at the Congress, saying it ignored the nation's security during its tenure and alleged it was associated with several scams in the defence sector.

"From the seas to the skies, the Congress has several scams associated with the defence and in the process the party did not allow the modernisation of defence forces for long years that they were in power," Modi said addressing a BJP rally at Perumanallur, about 13 km from Tirupur.

Asserting the NDA's work culture was different from that of previous governments, he said "those who had got opportunity to rule the nation for years did not bother about India's defence sector. For them, this sector was only about brokering deals and helping their own set of friends."

Modi said the NDA government had a different approach to national security and that it was the country's dream to be self-sufficient in defence production and ensure "our forces have all possible support they require in keeping our nation safe."

He referred to the "pathbreaking step of creating two defence corridors, one of which is in Tamil Nadu."

The Prime Minister said a defence corridor in the State will bring industry and investment options and opportunities for the State's youth.