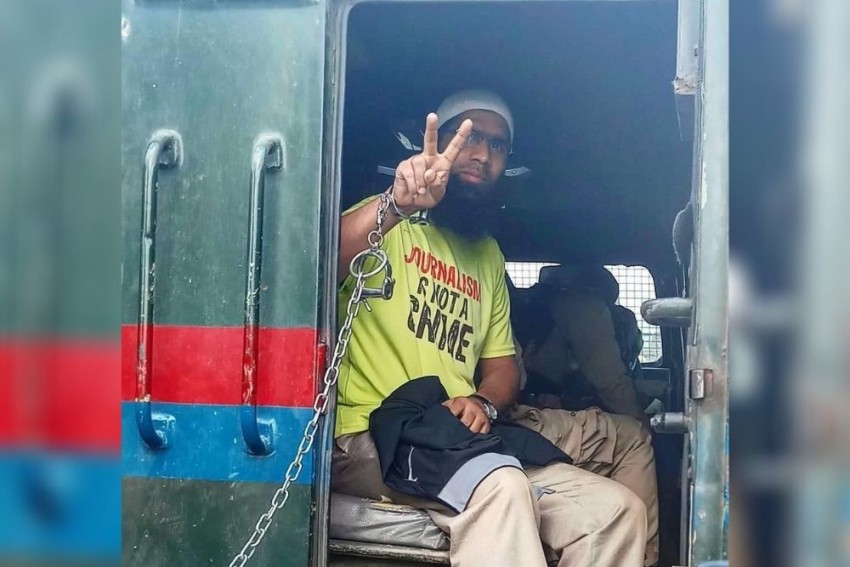 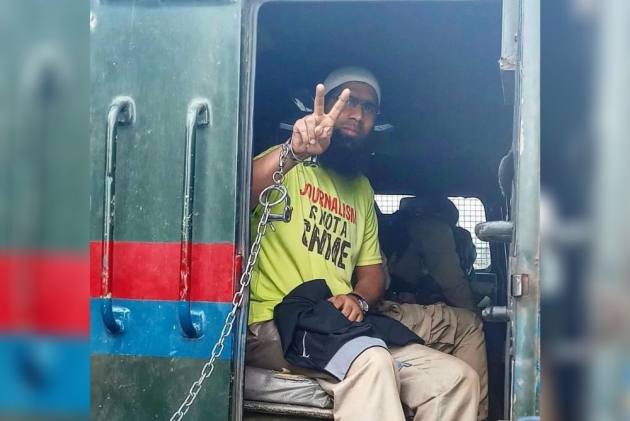 Sultan is a journalist who wrote stories about human rights and political issues for the Kashmir Narrator. He has been imprisoned since his arrest in August 2018 and was indicted five months later. He is now charged with supporting a militant group (the Hizbul Mujahideen) and conspiring to kill a police officer, and if convicted after trial, will face the death penalty.

Sultan is lodged at Central Jail Srinagar and has been booked under the anti-terror Unlawful Activities Prevention Act (UAPA).

“Press and human rights organizations believe the charges actually stem from Sultan’s coverage of a Kashmiri militant killed by Indian security forces, whose killing set off anti-government demonstrations in Kashmir in July 2016. The indictment cites Sultan’s social media posts and possession of letter pads of the Hizbul Mujahideen in his home as evidence of his involvement with the banned group,” the CFJ spokesperson said.

According to the Committee to Protect Journalists (CPJ), after CPJ called for Sultan’s release in The Washington Post, the Jammu and Kashmir police responded on Twitter that Sultan was not being held for his work but for “hatching a criminal conspiracy, harbouring and supporting terrorists who martyred a police constable.”

“Sultan’s trial is restarting after multiple delays by the State, including absences by key prosecution witnesses, and again after the 2019 revocation of Jammu and Kashmir’s semi-autonomous status,” the CFJ spokesperson said.

The Clooney Foundation for Justice was established in late 2016 by George and Amal Clooney. George Clooney is an American actor, film director, producer, screenwriter and philanthropist. Amal, his wife, is a Lebanese-born British barrister, specialising in international law and human rights.

“Sultan is one of a number of journalists in Kashmir who appear to have been detained, investigated, and/or prosecuted in connection with their journalistic activities under Indian counterterrorism and related laws. Detained for over two and a half years in Kashmir Central Jail, where Covid cases have been mounting since the summer of 2020, Sultan’s next bail hearing is scheduled for February 26, 2021,” the CFJ said.

The Clooney Foundation for Justice has called on the authorities to ensure that Sultan’s bail hearing is conducted in accordance with international human rights law and any proceedings against him respect his human rights, including his right to a fair trial and to freedom of expression

“In particular, these standards require individualized consideration of whether a restriction on liberty is necessary, and, if so, mandate that the least restrictive option be imposed.”

“Sultan was arrested in August 2018 on an unwarranted charge of harboring militants, although all he had done was interview and write about them,” said NPC leaders in a statement issued from Washington.

“Since he was imprisoned, almost all of his scheduled court dates in his trial have been postponed. His fate remains uncertain. He is at risk of contracting Covid-19 in crowded prison conditions. His father has a heart condition, and his entire family is distraught,” it said.

The NPC President Lisa Nicole Matthews and NPC Journalism Institute President Angela Greiling Keane said: "The National Press Club recognized Aasif Sultan with a 2019 John Aubuchon Press Freedom honor, singling him out among the world’s many journalists under duress, because his mistreatment was so egregious and because he was one of many journalists and citizens whose rights were abused in Kashmir."

"Mr. Sultan remains in prison, and that is simply wrong. All he did was his job. On behalf of journalists everywhere, we say: it is past time for Prime Minister Narendra Modi to do what is necessary to allow Mr. Sultan to rejoin his family."

Sultan’s family and various journalists’ associations insist he was victimised for his journalism.