The CBI building was inaugurated on April 30, 2011 by then PM Manmohan Singh. The event was attended by Chidambaram who was the then Union home minister, then Law Minister M Veerappa Moily, and then Human Resource Development minister Kapil Sibal. 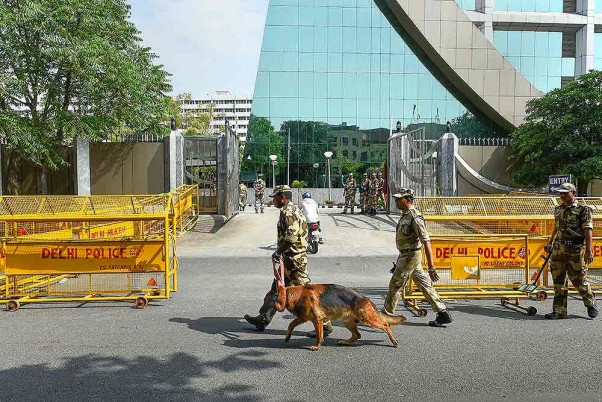 After his arrest in a corruption case, P Chidambaram spent Wednesday night in the same CBI headquarters, whose inauguration he had attended nearly eight years ago when he was the home minister in the UPA 2 government.

In 2011, the imposing glass and concrete structure became the new abode of the agency which used to work for decades from congested chambers in the CGO complex.

The building was inaugurated on April 30, 2011 by then Prime Minister Manmohan Singh.

Days before the inauguration, the CBI had arrested senior Congress leader Suresh Kalmadi in CWG scam but he was not kept at the new building because of the inauguration function.

The event was attended by Chidambaram who was the then Union home minister, then Law Minister M Veerappa Moily, and then Human Resource Development minister Kapil Sibal.

They were taken around by the then CBI director A P Singh who showed them the facilities in the building, including the guest house in which Chidambaram is lodged.

Some officials in the agency, on a lighter note, claim that the "vastu" of the building is not right as it is believed to have been constructed on a burial ground.

Since its inauguration, all CBI chiefs have been caught in one controversy on another.

Singh and his successor Ranjit Sinha were booked by the agency in corruption cases.

Another director, Anil Sinha, faced criticism for the escape of businessman Vijay Mallya while Alok Verma was locked in a bitter battle with his deputy and was removed unceremoniously.