PM Modi is chairing the all-party meet to put forth the government’s legislative agenda for the Budget session of parliament. 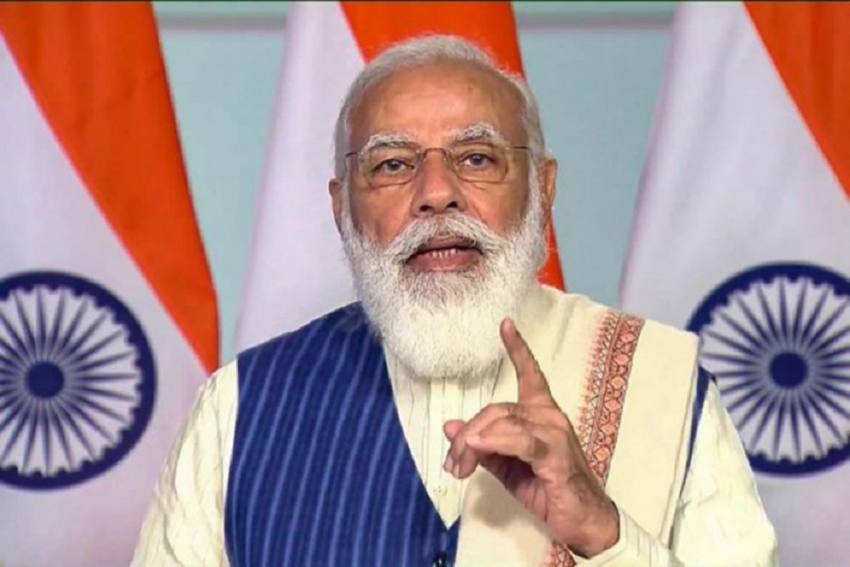 During the meeting, he also said that the government has been continuously trying to resolve issues of protesting farmers through talks.

Sharing the details of the meeting chaired by Modi and attended by Defence Minister Rajnath Singh, Parliamentary Affairs Minister Pralhad Joshi said, "The prime minister assured that the Centre is approaching the farmers' issue with an open mind."

"The prime minister said the Centre's stand is same as it was on January 22, the last meeting between the protesting farmers and the Centre and proposal given by Agriculture Minister on the farm laws still stands. Modiji reiterated what Tomarji had said - that he (Narendra Singh Tomar) is a phone call away for talks," Joshi said quoting Modi.

During the All-Party meet PM @narendramodi assured that GOI is approaching the farmers issue with an open mind. PM said GoI’s stand is same as it was on 22nd- proposal by Agriculture Minister still stands. He reiterated what Tomar Ji said - that he is phone call away for talks.

Emphasising on the need for the smooth functioning of Parliament, Modi said smaller parties suffer the most due to disruptions as they do not get chance to raise their issues.

"It is for the bigger parties to ensure Parliament functions smoothly, there are no disruptions and thus, the smaller parties are able to voice their views in Parliament," Joshi said citing Modi's remarks.

The all-party meeting is convened for the government to put forth its legislative agenda before political parties. Leaders from various parties flag issues they wish to raise during the meeting.

The prime minister also condemned the vandalism of Mahatma Gandhi's statue in California in the US, the parliamentary affairs minister said.

All major opposition parties sought discussions on farmers' issues during the meeting.

While almost all opposition parties condemned the violence and vandalism at Red fort by a group of protesting farmers on Republic Day, they asserted that other farmers protesting peacefully should not be held responsible for it.

Meanwhile, the BJD demanded the passage of women's reservation bill during the budget session which was supported by the YSR Congress and the TRS.

TMC's Bandyopadhyay said the boycott of President's address by 20 opposition parties was a strong message for the government to withdraw the farm laws, the sources said.

This time the customary all-party meet is being held after the beginning of the session. Generally, these all-party meetings are organised before the session begins, in order to ensure smooth functioning of both the Houses.