The Ministry of Information and Broadcasting (MIB) also told Justice Navin Chawla that on October 9 it issued an advisory to all private satellite TV channels to adhere to the program code. 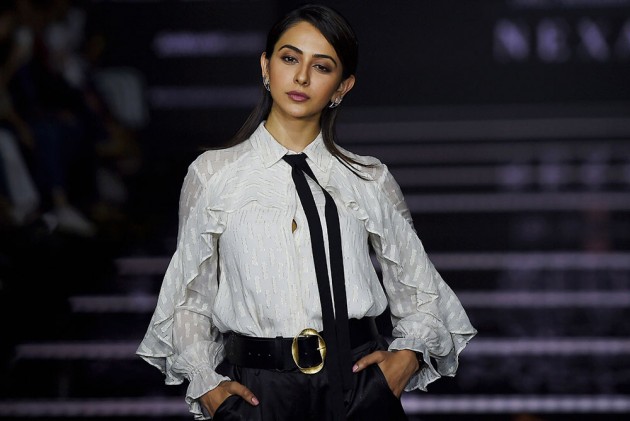 The Centre on Thursday told the Delhi High Court that it has forwarded grievances of actor Rakul Preet Singh, regarding media reports connecting her with the Rhea Chakraborty drug case, to the News Broadcasters Association (NBA) and sought a report from it on the issue.

The Ministry of Information and Broadcasting (MIB) also told Justice Navin Chawla that on October 9 it issued an advisory to all private satellite TV channels to adhere to the program code provided under the Cable Television Networks Rules.

The submissions by the ministry were made in its status report filed through central government standing counsel Ajay Digpaul.

The status report was filed pursuant to the court's order of September 29 asking the ministry about the steps it has taken after an earlier direction of September 17 to treat the actor's plea as a representation.

Advocate Aman Hingorani, representing the actor, said he was not satisfied by the steps taken by the ministry as instead of taking any action it has merely forwarded the matter to the NBA.

Hingorani said that the court had asked the ministry, NBA, and Press Council of India to treat the plea as a representation and pass separate orders.

The counsel for NBA said that it heard the actor on October 3 and then again on October 12 and also 10 media channels.

He sought three more weeks to file a report with regard to the outcome of the hearings.

The court, however, directed the NBA to take a decision within two weeks and file a status report regarding the same.

The PCI, represented by advocate Shreya Sinha, said the authority governs only print media and has no control over electronic or digital media like e-papers.

Hingorani, opposed the submission, saying PCI has issued an advisory in August to adhere to journalistic standards when reporting the Sushant Singh Rajput case and the same was not being adhered to by many media houses which have TV channels, newspapers, and also e-papers.

The court, after hearing the arguments, listed the matter for further hearing on December 11.

The actor in an application filed earlier has sought an interim order against the media till the time the Narcotics Control Bureau (NCB), Mumbai, completes the investigation in the drug case and files an appropriate report before the competent court.

The high court on September 17 had said that the leaks to the media need to be investigated as "someone's reputation is totally destroyed by this".

It had also expressed the hope that "media houses would show restraint in their reports and would abide by the cable TV regulations, program code and various guidelines, statutory and self-regulatory while making any reports with regard to the petitioner".

In her main petition, the actor has sought directions to the authorities to stop media reports from connecting her with the Rhea Chakraborty drug case.

She has claimed, in her petition, that Chakraborty had already retracted the statement in which she was allegedly named and yet the media reports were connecting her to the drug case.

The NCB probe has stemmed from the investigation into actor Sushant Singh Rajput's death case.

She has contended that based on unsubstantiated allegations defamatory programs were being run in the media against her which was causing irreparable harm and injury to her.

The petition had also alleged that the ministry, PCI, and NBA "have failed to discharge their statutory functions of ensuring compliance of their own directives, which has resulted in the flagrant violation of the fundamental rights of the petitioner".