'Amit Shah has shown 'utter irresponsibility' by leaving Delhi when lakhs of farmers were waiting to talk to him', says AAP spokesperson 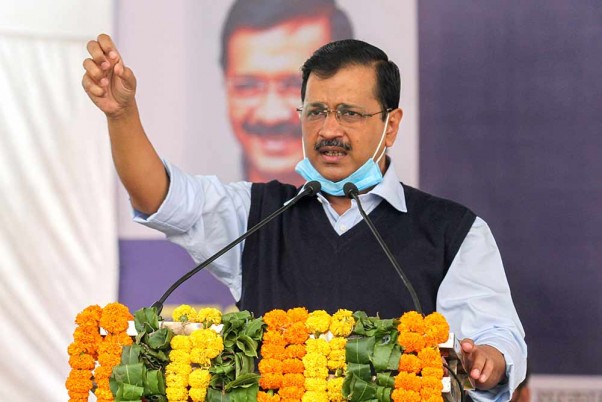 Delhi Chief Minister Arvind Kejriwal asked the Centre to immediately and unconditionally hold talks with the farmers who continued to protest against the new agri laws for the fourth consecutive day on Sunday, staying put at the Singhu and Tikri border points of the national capital.

The Aam Aadmi Party has supported the farmer's protest and its national convenor Kejriwal asked the Centre to immediately meet the farmers.

"The central government should talk to farmers immediately (and) unconditionally," he said in a tweet.

At a press conference on Sunday, senior AAP leader and chief spokesperson Saurabh Bhardwaj said his party believes that Home Minister Amit Shah has shown "utter irresponsibility" by leaving Delhi to campaign for Hyderabad municipal elections when lakhs of farmers were waiting at the Delhi border to talk to him.

Bhardwaj said that on one hand, Amit Shah was telling farmers that coronavirus cases might increase due to their protest and on the other, he was claiming that in his Hyderabad roadshow there was massive public participation which shows "no social distancing was maintained".