Unable to fight Chinese in Ladakh, government is using all force against the people of J&K: Mehbooba 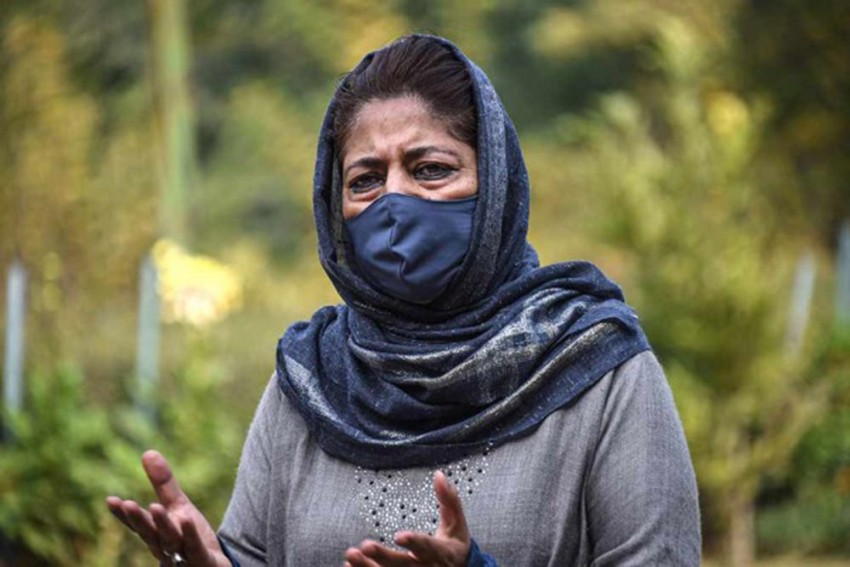 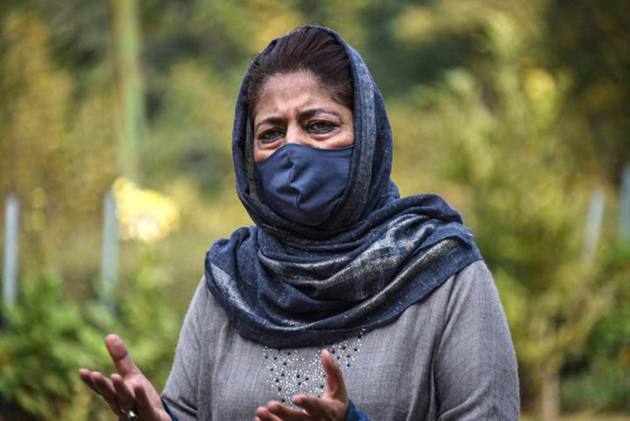 Former Chief Minister Mehbooba Mufti today said the BJP government that is “unable to fight the Chinese which has occupied huge land in Ladakh” is using all its powers to oppress Kashmiris and have turned Jammu and Kashmir into a jail.

Mehbooba Mufti was talking to reporters after she was not allowed to visit Kothibagh police station, where many of her party leaders and workers are being held. The party leaders were arrested on Thursday morning after they tried to stage a protest against land laws issued by the Centre on October 27.

“The BJP government is trying to grab our land through all illegal methods. We protested against it in Jammu yesterday. Here they didn’t allow protest and arrested my party leaders,” she said. “Every day the BJP says the situation is normal and they don’t even allow a former chief minister to visit a police station. They are unable to fight the Chinese which occupied thousands of kanals of our land but they are using all power to suppress people of J&K,” she said. She said the BJP government wants to loot the resources of J&K and it is out to wage cultural aggressions against Kashmiris and Dogras.

She said she isn’t a Twitter politician that she would keep quiet. “These orders from Delhi every day won’t be tolerated. One day you say only after 22 years of services government employee will be forced to retire, next day you come up with domicile law and third day you lay hands on the land and issue orders to grab it. This will not work. If you have so much power then go and force out the Chinese out of Ladakh. You are not taking even the name of China,” she said.

Under the new land laws, notified on October 27 by the BJP government, no domicile or permanent resident certificate is required to purchase non-agricultural land in J&K. Earlier, Article 35-A of J&K Constitution, revoked on August 5, 2019 amid communication blockade and military siege, placed prohibitions on the sale of land to those who were not state subjects. The central government has even empowered an army commander to declare any area in J&K strategic for operational and training requirement of the armed forces.