The development comes just over a week after Roy and his wife Radhika, who are facing corruption charges, were detained at the Mumbai airport and prevented from travelling abroad. 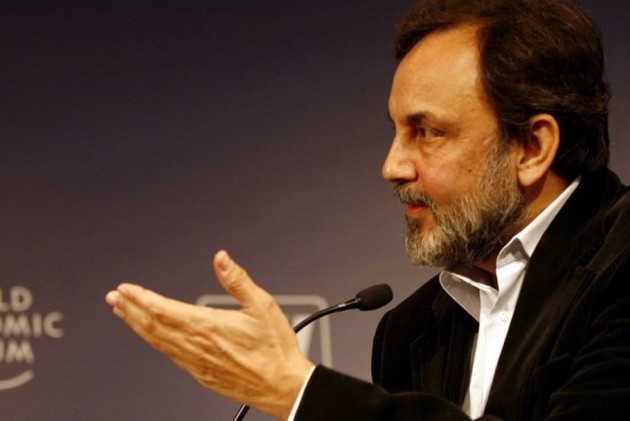 The Central Bureau of Investigation (CBI) has registered a case against senior journalist and co-founder of listed broadcaster New Delhi Television (NDTV) Prannoy Roy, his wife Radhika Roy and the compamy's CEO and Director Vikramaditya Chandra under charges of criminal conspiracy, cheating and criminal misconduct.

The probe agency registered the case on Monday night naming NDTV and some unidentified public servants and others.

The CBI FIR said that NDTV got incorporated on September 8, 1988 and Prannoy Roy, Radhika Roy and Naryanan KVL Rao (a retired IRS officer) were the whole-time directors while Vikramaditya Chandra was the CEO-cum-whole-time Director of the company.

"During the period from May 2OO4 to 2010, NDTV Ltd floated around 32 subsidiary firms all over the world, mostly in tax havens like Holland, UK, Dubai, Malaysia, Mauritius... Majority of these companies had no business transaction and they were meant only for financial transactions to bring funds from abroad," the FIR said.

It has been alleged that these transactions were sham transactions and the aforementioned funds were invested by unidentified public servants through NDTV Ltd and later laundered back to India through multiple layers of complex transactions and shell companies, the FIR said.

"The proceeds of corruption of unknown public servants were invested through NDTV Ltd," the FIR said.

In a statement, NDTV strongly denied the CBI's allegations.

"NDTV and its founders have full faith in India's judiciary at this crucial time and remain committed to the integrity of the company's journalism. Attempts to silence free and fair reportage through malicious and fabricated charges will not succeed. This is not about a company or individuals but about a larger battle to maintain the freedom of the press, something which India has always been renowned for," it said.

As part of "the continued persecution of free press", it said, a new CBI case has been filed about a USD 150 million investment in NDTV's non-news business by NCBU, then owned by General Electric.

"The case makes the ludicrous charge that the transaction, declared to all relevant authorities in the US and India, laundered money for unknown public servants," it said.