A case was registered and the woman was arrested on Monday 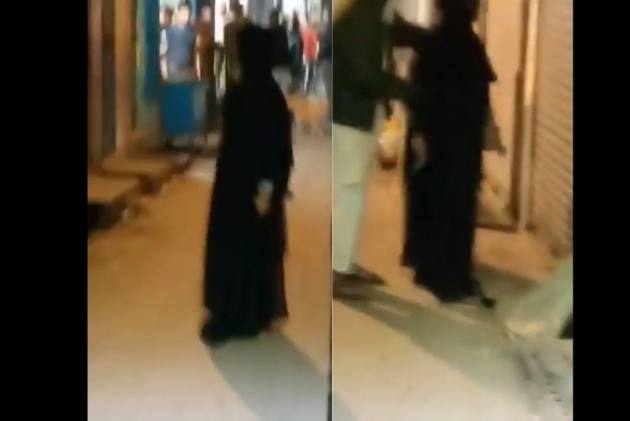 A 28-year-old woman was arrested for allegedly firing at the closed shutter of a shop in northeast Delhi's Chauhan Bangar area in order to threaten its owner, police said on Tuesday.

The woman was identified as Nusrat, they added.

According to the police, Shahrukh, who was known to the woman, had mortgaged his mobile phone to a grocery shop owner, Fahim. While the former wanted his phone back, the latter was not returning it to him, police said.

Around 11.30 pm on November 18, Nusrat went to the shop and allegedly fired a few shots. She also allegedly abused and threatened the shop owner, a senior police officer said.

A case was registered and the woman was arrested on Monday, the police said.

A video clip of the incident went viral on social media, in which a burqa-clad woman is seen firing four times at the closed shutter of a shop. She is also seen abusing in the video.

In the video, the woman claims that she is the sister of Nasir.

A Burqa clad woman fired multiple shots at a grocery shop in northeast Delhi's Chauhan Bangar to scare its owner following a quarrel.

Identified as Nusrat, she has been arrested. pic.twitter.com/upZiC27mQq