BSP Will Not Field Mafia Candidates In Upcoming UP Elections: Mayawati

BSF chief Mayawati said the jailed gangster-turned-politician Mukhtar Ansari will not be nominated by the party from Mau. 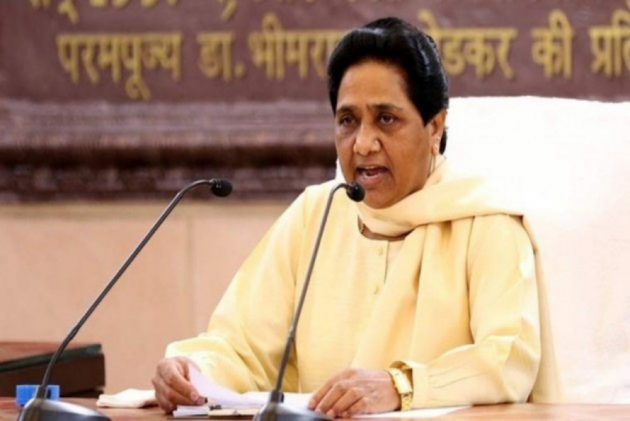 Bahujan Samaj Party supremo Mayawati on Friday said the party will not field any candidate with mafia background in the upcoming Uttar Pradesh elections.

She said the jailed gangster-turned-politician Mukhtar Ansari will not be nominated by the party from Mau.

After her statement, Asaduddin Owaisi-led AIMIM, which has announced to contest 100 seats in the upcoming UP elections, offered Ansari a ticket.

Mayawati said BSP state president Bhim Rajbhar will contest from Mau, currently represented by Mukhtar Ansari, the five-term MLA who was brought back from Punjab's Ropar jail in April and lodged in a Banda jail.

"In upcoming assembly polls, the BSP's effort will be to not field 'bahubali' and mafia elements. So, the name of Bhim Rajbhar, the BSP UP president, has been finalised from the Mau assembly seat in place of Mukhtar Ansari," she said in a tweet in Hindi.

The statement also follows her remarks Tuesday during her party’s "Prabuddha Varga Sammelan" that she would no longer focus on building statues and memorials -- something her party was criticised for during her previous terms -- and rather concentrate on changing the face of Uttar Pradesh by establishing rule of law.

Mayawati's two announcements signal her efforts to build a new perception of her Bahujan Samaj Party among people.

Mukhtar's another brother, Afzal Ansari, is a BSP MP who represents the Ghazipur seat. He had defeated the BJP’s Manoj Sinha, who is now the Lieutenant Governor of Jammu and Kashmir. Afzal Ansari could not be contacted despite repeated attempts.

Mayawati on Friday also said the decision to not field criminal and mafia elements has been taken to meet people's expectation, and appealed to party leaders to keep this in mind while choosing candidates. "So that there is no problem in taking strict action against such elements once the government is formed."

She added, "Alongside ensuring 'a rule of law, by law', the BSP's resolve is to also change Uttar Pradesh’s image now."

She said the BSP's should be known as the government that follows the philosophy of 'Sarvajan Hitay and Sarvajan Sukhay' (universal good).

Meanwhile, IMIM spokesperson Syed Asim Waqar said his party was ready to welcome Mukhtar Ansari if he wants to contest election. "AIMIM's doors are open for him. We will give him a ticket and ensure his victory also," he said.

He said that not only Mukhtar, he asks other Muslims also to not "purchase tickets" from any political party as they will take money and make sure they do not win.

"I ask Muslims who want to contest elections to come and join the AIMIM and the party will give tickets to them," he said.

Muslims are in a position to influence results in 84 of the total 403 seats in Uttar Pradesh. The AIMIM aims to harness this advantage. (With PTI inputs)