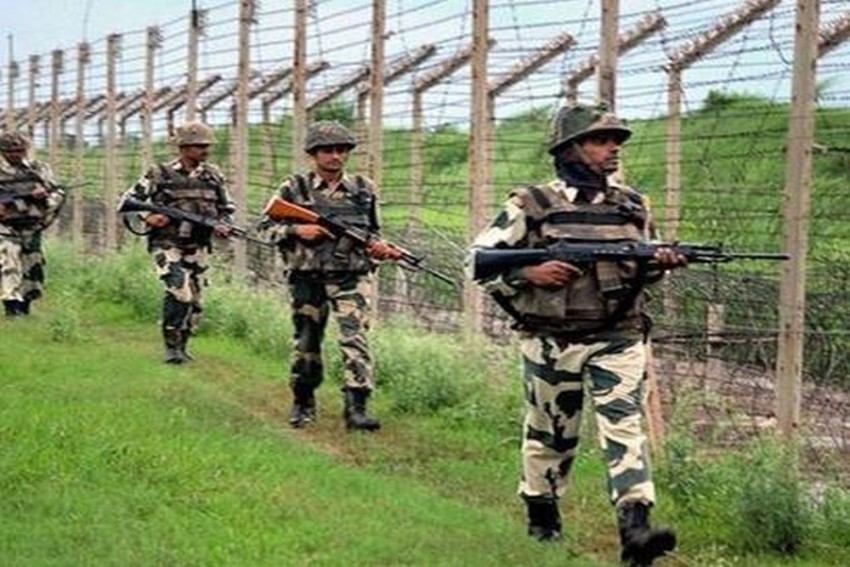 One BSF officer was among three people injured in shelling and firing by Pakistani troops along LoC in Poonch area of J&K on Monday (file photo).
Outlook Web Bureau May 06, 2019 00:00 IST BSF Officer, 2 Civilians Injured In Pakistan Firing Along LoC 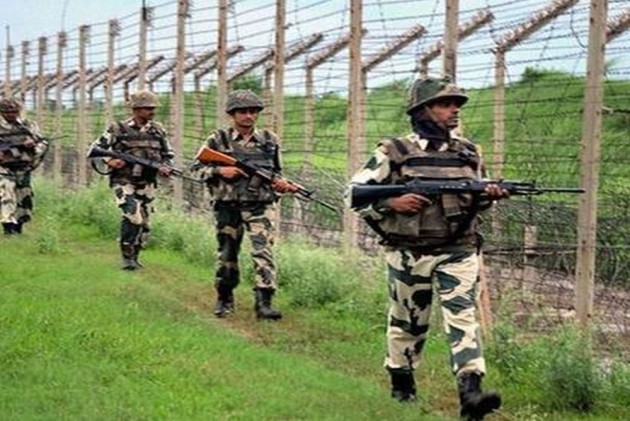 A BSF officer and two civilians were injured as Pakistan army resorted to heavy mortar shelling and small arms firing targeting forward posts and villages along the Line of Control (LoC) in Jammu and Kashmir's Poonch district on Monday, officials said.

Pakistan violated ceasefire for the second consecutive day Monday by resorting to heavy mortar shelling and firing along the LoC in Mankote and Krishna Ghati sectors of Poonch district, they said.

Following the continuous ceasefire violation by Pakistan, the authorities in the state had ordered closure of schools falling along the LoC in Poonch and Rajouri districts Monday, the officials said.

In Mankote, a sub-inspector of the Border Security Force was injured in shelling by Pakistan troops, the officials said.

The officer was hospitalised and he is stable, they added.

Two civilians - Maqsood Ahmed and Ashiq Hussain - were also injured in the shelling, which continued throughout the night, the officials said.

Pakistan army shelled the civilians areas to cause causalities, they added.

Due to the intense firing, a fire broke out in a forest area along the LoC, the officials said.

On Sunday, a colonel-rank officer was injured in Krishna Ghati sector of Poonch in Pakistani shelling, while a 25-year-old porter suffered splinter injuries when a mortar shell exploded near him in Keri sector of Rajouri district, they said.

Pakistan has violated ceasefire by 513 times along the LoC in the state in the past one-and-a-half-month.

The Pakistani side has suffered five to six times more casualties than the Indian side in retaliatory action, a senior official said.

Ten people, including four soldiers, have been killed and over 50 injured in Rajouri and Poonch districts since India's February 26 air strike on a JeM terror camp in Pakistan's Balakot in response to the Pulwama terror attack that left 40 CRPF personnel dead.